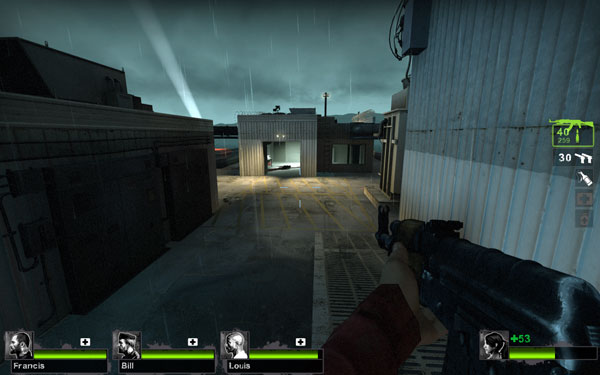 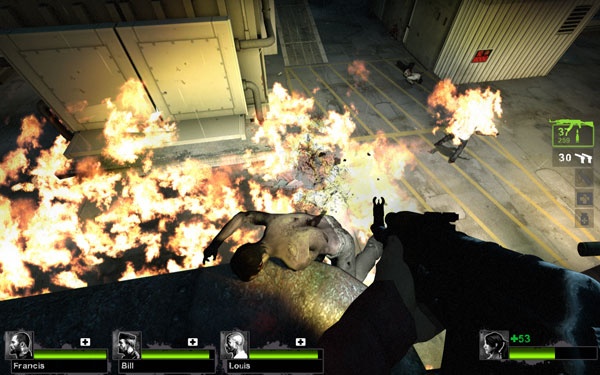 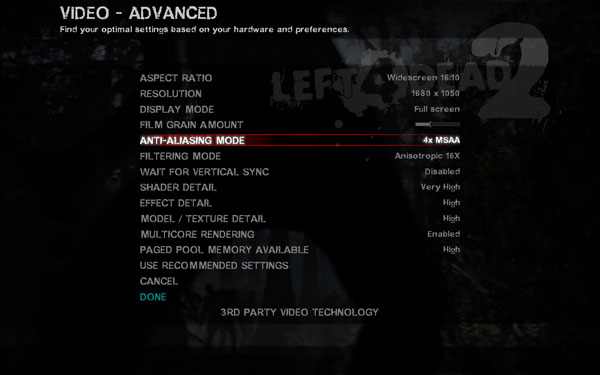 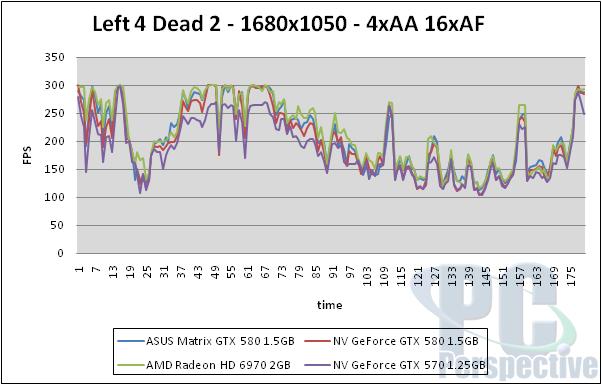 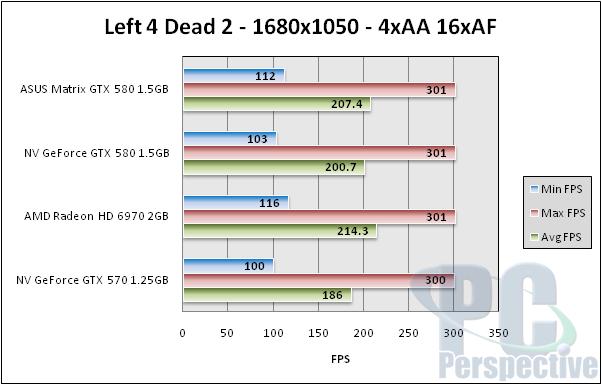 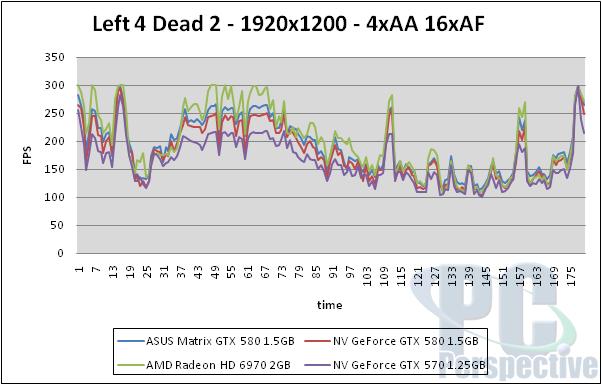 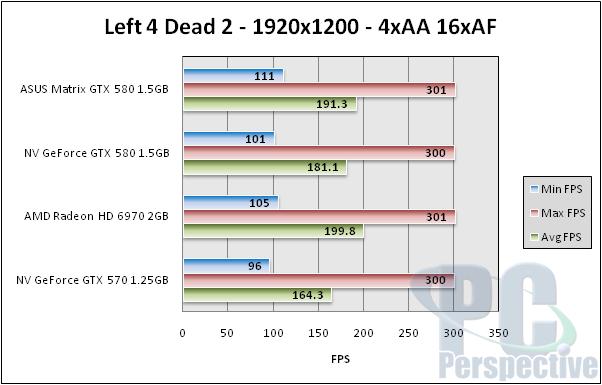 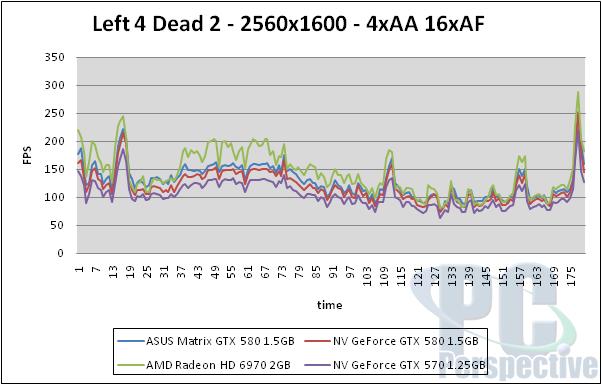 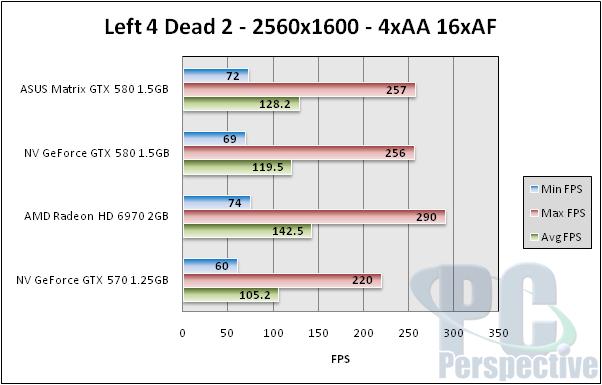 L4D2 actually gives the overall performance edge to the Radeon HD 6970 though the Matrix GTX 580 does come in faster than reference models.