ExpressCard trying to pull a (not so) fast one?

When looking at the newest incarnation of Village Instruments ViDock there was something that didn’t seem quite right.  First though, for those who have never previously encountered the ViDock, it is a unique external GPU solution which is in its third generation and is mature enough that most of the bugs have been squashed.  Using an ExpressPort slot on a laptop as the connection, it allows you to add a removable external graphics card to give you a boost in rendering power as well as allowing the graphics card’s multimonitor capabilities to be used and they toss in a USB hub as well.  That gives you the equivalent of a docking station’s plugins as well as the boost in GPU power.

As you can see above, the ViDock is sold empty, allowing you to choose the GPU you are going to add to your laptop as long as you pick up the right model.  The ViDock comes in three varieties, depending on the size of the card and the amout of power you need.  The ViDock 3 provides up to 75W through the PCIe connector its self, the ViDock 4 can supply up to 150W of power and a single 6 pin power connector, while the ViDock 4 Plus adds a second 2 x 3 pin power connector for up to 225W.  Also worth noting is that only the ViDock 4 and 4 Plus can accommodate full length PCIe card, the ViDock 3 is only slightly larger than a half length card.

This sounds like a wonderful idea as successful external GPU technology is pretty rare, most recently that dream was smashed by LightPeak going to copper, though there is still hope.  However, that made double checking the amount of bandwidth available over the ExpressCard slot seem like a good idea, as this might be too good to be true.  The PCMCIA used to handle the specifications for ExpressCard but handed over the responsibility to the USB Implementer’s Forum.  A check there confirmed the worst, using an ExpressCard 1.0 slot in PCIe mode provides a single PCIe 1.0 lane aka 2.5 Gbit/s.  There is a reason that 1x PCIe 1.0 graphics cards are not sold anymore and they don’t even have to worry about the bandwidth being consumed by an additional USB 2.0 hub.

Perhaps the ViDock is ExpressCard 2.0 compatible?  That would bring up the interface to PCIe 2.0 specs and double the bandwidth to 5Gbit/s, a familiar number to those using USB 3.0.  So now you could have a single lane PCIe 2.0 GPU, again not something you tend to see sold as a discrete solution. Taking a quick look around, it becomes very obvious that finding a laptop with an ExpressCard 2.0 slot is a rarity, while USB 3.0 is becoming a standard feature especially ones with true USB 3.0 controllers to give you the full 5Gbit/s bandwidth.

Perhaps a saving grace would be an adaptor that lets you attach an ExpressCard 2.0 device to a USB 3.0 port, avoiding the scarcity problem all together?  Not so much.  It seems that the only common device for sale is an adapter which lets you connect to an ExpressCard 1.0 (i.e.1x PCIe 1.0) slot a dual USB plug (i.e two 1x PCIe 2.0).  How is that possibly a good idea?  2.5Gbit/s is a smaller number that a 5Gbit/s which is the amount a single USB 3.0 device can use.  It is however faster than the 480Mbit/s that USB 2.0 provides, which explains the existence of the device but could lead to disappointment to the end user. 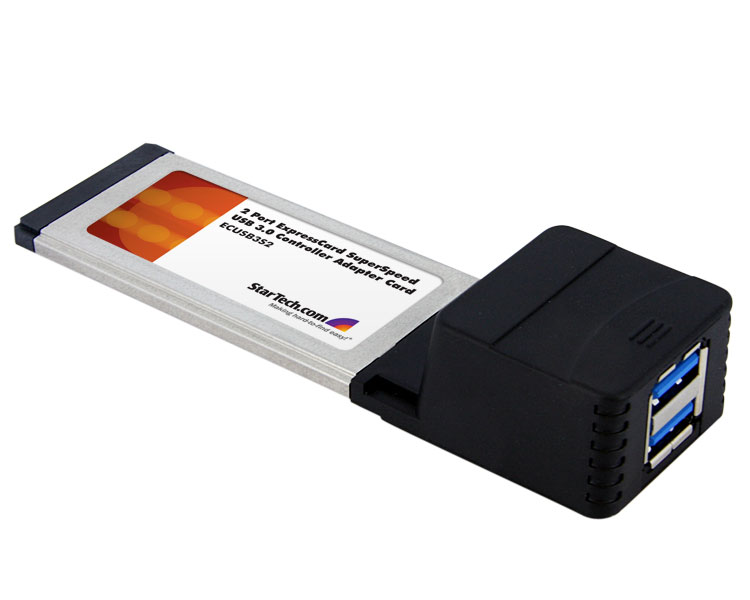 A possible future ViDock could utilize ThunderPeak, the aforementioned copper implementation of LightPeak, which could improve the performance somewhat.  The current generation provides the eqivalent of a true bidirectional 2x PCIe 2.0 connection, in other words 10Gbit/s. Still not great, but twice as fast as a 1x PCIe 2.0 GPU.  Future generations hope to hit 100Gbit/s which would beat a 16x PCIe 2.0 connections 64Gbit/s and would even challenge a 16x PCIe 3.0 which can provide 128Gbit/s.  Now that would represent a real external GPU!

So be warned, the ViDock will not beat an expensive mobile GPU and it is hard to say without testing but it may be that AMD’s Llano provides better bang for the buck without even introducing a discrete GPU for hybrid CrossFire.  As well, if the blue ports on that ExpressCard to USB 3.0 adapter are drawing your attention, it will give you more ports to use and they can provide better performance than your USB 2.0 ports but do not expect it to give you the full 5Gbit/s advertised transfer speed on the USB 3.0 disk you just bought.