HP conference call this afternoon, could a major division drop? 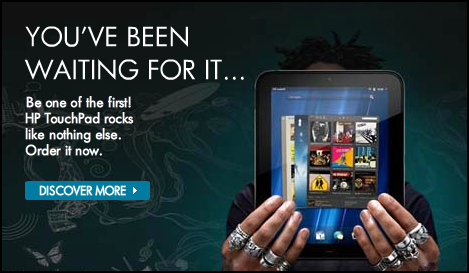 HP’s third fiscal quarter has entered on the last day of July and today HP will hold their conference call to announce the state of their company in the present as well as some of their plans for the future. We typically do not report on HP’s earnings as they tend to be uninteresting. This quarter is slightly different; HP has announced that they are considering spinning or selling off their PC hardware division. Along with the potential of seeing HP and Compaq computers no longer be HP one thing we do know for sure is that webOS, including Touchpads, will not be their saving grace as they are definitely dead.

At least we know they’re not betting their future in Palm.

It certainly seems a little brash for HP to all-of-a-sudden pull out of PCs altogether and I do not expect such a harsh event to occur. While it is possible that at some point HP might stretch and ultimately break ties with their PC division I do not see them just changing the locks on the doors and sending in the repo men. As for webOS it was pretty easy to see that there was not enough room in the market for them as an actual contender in the mobile space. We shall see if HP is capable of reusing their technology in another application or simply selling off webOS, potentially in pieces, to other players.

Update, Aug 18/2011 @ 6:28PM: The conference call has now ended and we have a little bit more information about the process. HP made it clear that for now PSG, the division responsible for HP and Compaq computers, tablets, and other consumer but non-printer devices, is still an operating division and will be for the forseeable future. However, over the next 12-18 months they have been authorized by the board to explore their options with spinning off or selling the division. The conference call also seemed to heavily emphasize their desire to shut down or spin off low margin divisions. To me, that sounds akin to a parent telling their misbehaving kid that someone’s going to get a slap when they get home — it is pretty clearly not the neighbors. One or two years down the road, we still may very well see HP do what IBM did with Lenovo.

In other news: WebOS’ hardware division is dead and buried but they are still looking to utilize the software either internally, by licensing it to third parties, or selling it.