Now we finally get to the changes for this card as compared to the “more standard” N580GTX Lightning.  The card sizes are identical, but both the standard and Extreme are shorter than the R6970 Lightning.  The fan/heatsink shroud on the Extreme is black instead of the brownish-grey of the standard.  This does give it a unique appearance, and people instantly know what they are looking at.  The propeller blade fans are now blue, and they are not that way just for show.  MSI implemented a thermal reactive dye to the fans, so that under 45C they are blue, but when the temperature goes above that threshold they turn white.  The heatsink is identical to the previous model, and both feature the five heatpipes, two of which are the 8 mm “Supah-pipes”. 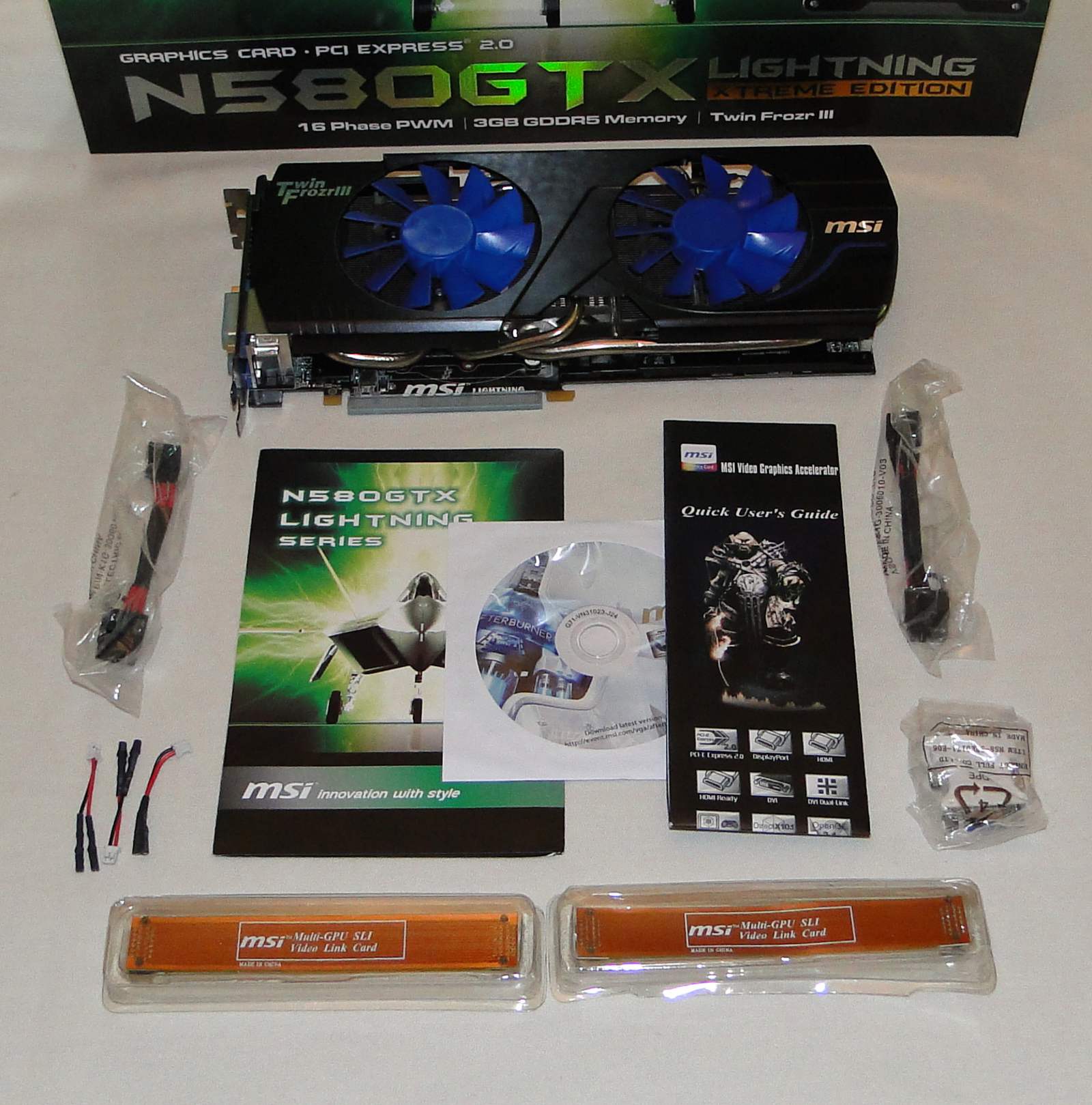 The bundle is slightly above average, and the inclusion of 2 x SLI cables is nice for those wishing Tri-SLI.

The second major change is conceptually a simple one, and I seriously wonder why nobody has thought of this in the past.  Dust buildup is a problem for everyone, no matter what precautions a user will take.  Eventually, dust will build up.  Just like taxes and death, and perhaps that annoying kid that followed you around constantly in the 8th grade.  When the computer is first turned on, the fans on the N580GTX Lightning Xtreme Edition blow in the opposite direction.  This happens for a good 30 seconds, and in theory should suck out most of the dust that has deposited itself on both the fan blades and on the heatsink fins.  We obviously have no long term data on how effective this is, but it is a seemingly simple idea that should be easy to implement.  It might not be a silver bullet for dust buildup, but it should certainly help to alleviate it. 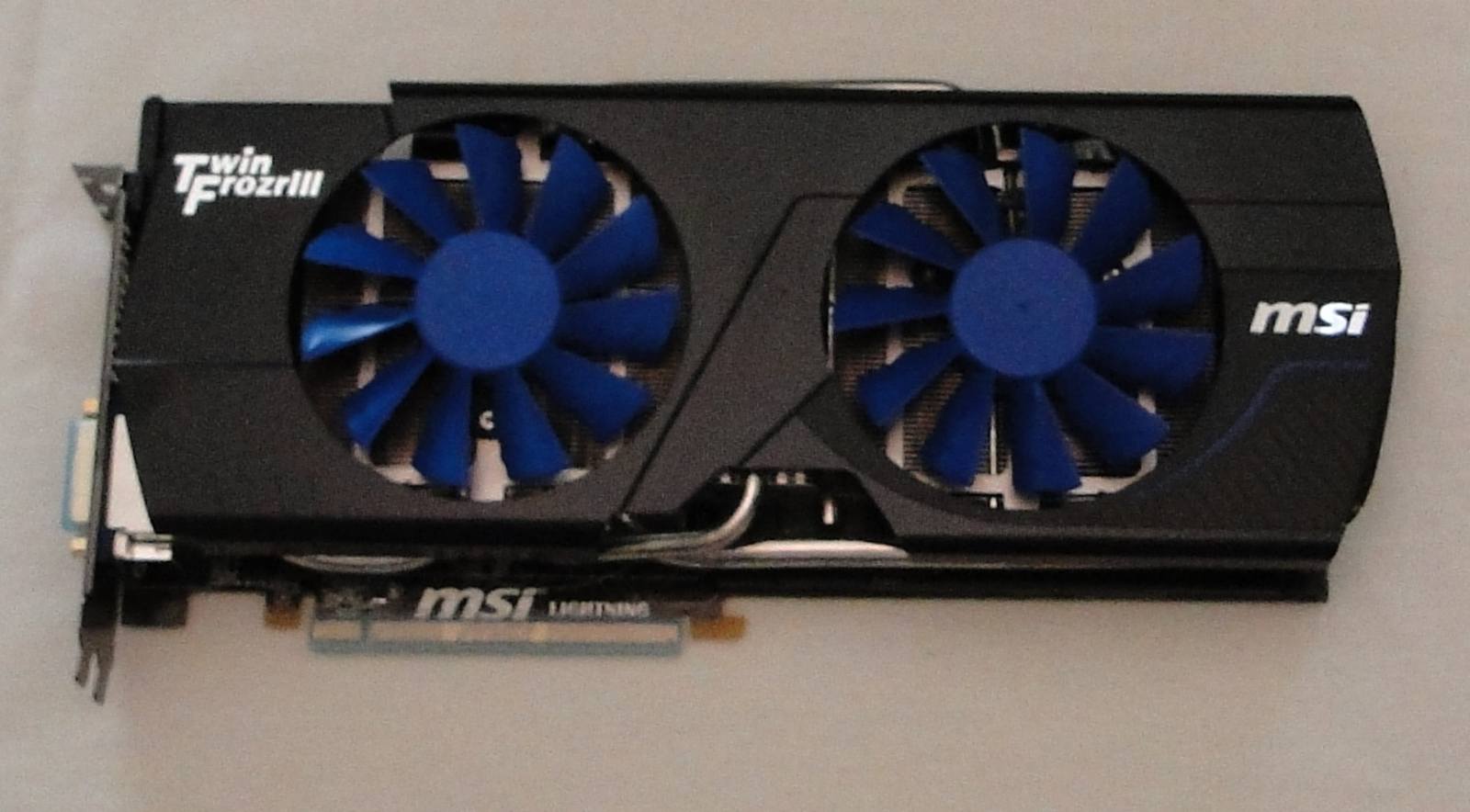 The blue and the black make this card look a bit unique as compared to the black/red and black/silver/nickel offerings.

The final change is the doubling of memory capacity.  The standard GTX 580 (and the original N580GTX Lightning) features 1.5 GB of memory on board.  The Extreme doubles that to 3 GB.  While most applications do not use much more than 700 MB to 1 GB of memory on a video card, we are starting to see some of the newer titles eat up a lot more space.  Add into that having the GPU horsepower to light up panels with resolutions of 2560×1600 and high AA settings, not to mention NVIDIA Surround solutions which can have a dramatic effect on memory usage, the extra memory space will come in handy.  AMD has a bit of an advantage here with their 256 bit solution and the ease of getting to 2 GB without any problems, or all that much of a higher cost.  The 384 bit bus requires more chips, and when doubling per chip density the cost is going to be greater per board.  We so far have not seen a title that eats up more than 2GB of memory, but we have seen certain titles and situations that will take up more than 1.5 GB pretty easily.

The board itself retails for around $599.  This is about $120 more expensive, on average, than the reference GeForce GTX 580.  This figure does not include any mail in rebate that is being offered by other manufacturers.  Consider that the GTX 590 and HD 6990 are around $150 more expensive than this single card, quite a bit of thought should be put into purchasing this vs. other products.  Retailing at $599, with its features and performance, it is essentially in a class all by itself. 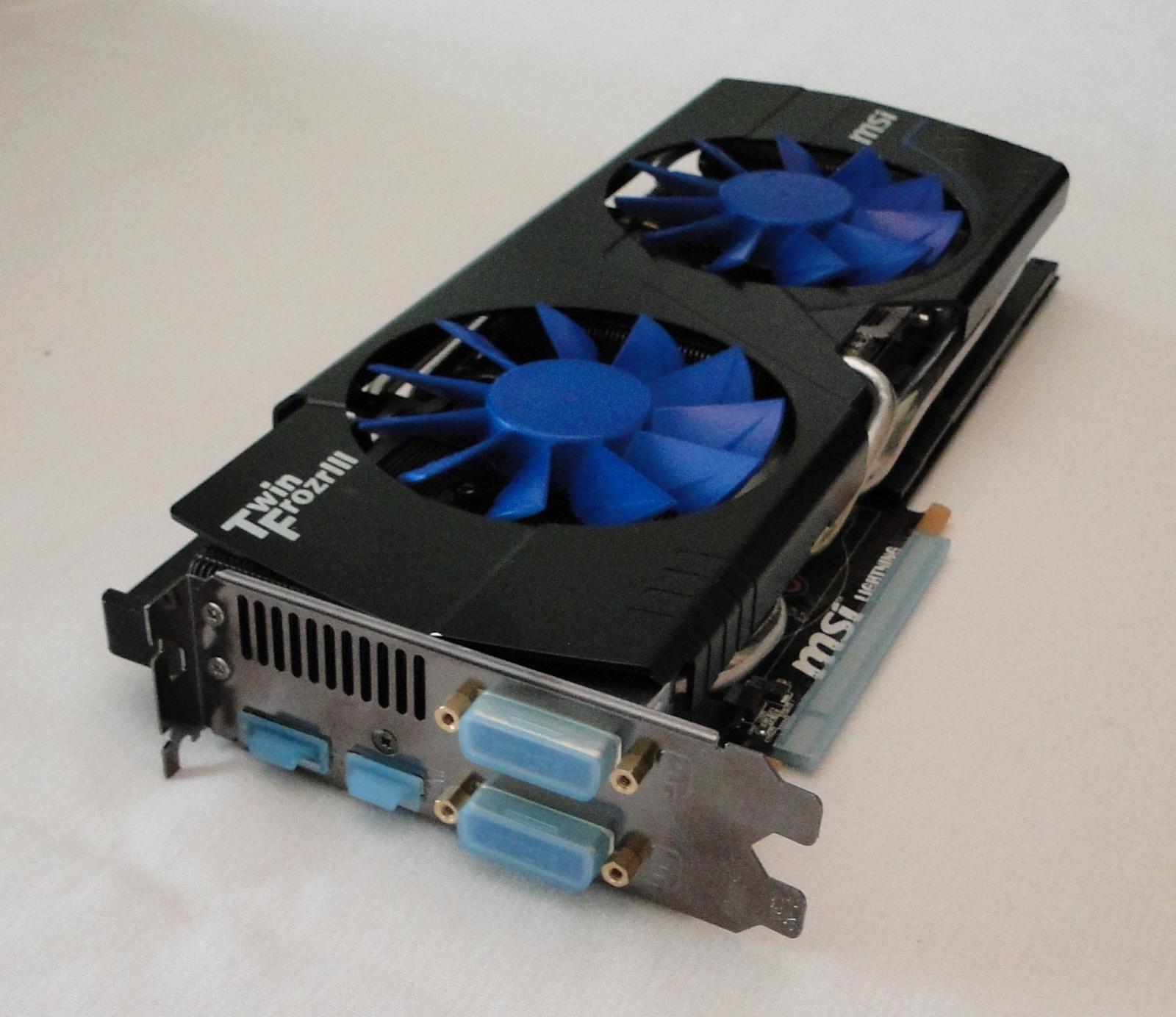 Two Dual Link DVI ports, DisplayPort, and HDMI Port round out the outputs for the card.  Unlike the AMD HD series of cards, each GTX 580 can power only up to two display devices.

During testing I paid close attention to the noise that this card makes.  But it was something of a pointless endeavor.  At no time did I ever hear the video card spool up at full load.  This is not to say that that fan speed did not increase, but when it did it stayed under my audible threshold as compared to the other fans in the case.  It is not whisper quiet, and if left by itself on an open test bench or in a case with very few fans, then a user will hear it.  In normal situations when using a case with good airflow, it is unlikely that a user will hear this product at all.