The setup is almost identical to most of my previous reviews.  It is an AMD Phenom II X6 1100T system running inside the Silverstone Raven RV01 case.  I like to use a case with good airflow, as it is representative of what a user will likely use for their own setup.  This does provide improved cooling as compared to a static, open test bench with no real airflow past components.  Also, while an Intel based part will give better overall performance throughout the differing resolutions, how these products run on the AMD platform is a viable question that does require an answer.  Admittedly, the differences in overall performance at 2560×1600 resolutions between an Intel i7 based system and the AMD X6 is going to be minimal at best, unless the application is truly CPU bound at that resolution (think most Source based games).

Until recently, the only NVIDIA drivers which support SLI on the 990FX platform were the 275.36s.  On the AMD side we stuck with the Catalyst 11.6b, which provided quite a few bug fixes.  Both AMD and NVIDIA have recently released new drivers, but at the time of testing these were the only ones available.

For these tests I also upgraded the motherboard to the Asus SABERTOOTH 990FX.  This was one of the more impressive 990FX based motherboards at release, and looks to be a very solid platform going forward.  Bulldozer is still not released, but once it is I plan on updating the video card test platform to include this part.  Hopefully, we will see performance closer to the Intel i7 rather than a small uptick from the current Phenom II series of processors.

In this view we can see some of the power components, the "form-in-one" component heatsink, and the dual slot GPU cooler.

For comparison I am using the GTX 480 in both single and SLI configurations as well as the MSI R6970 Lightning.  The N580GTX Extreme, with its combination of overclocking and 3GB of memory, is going to be significantly faster than a stock GTX 580.  Unfortunately, I do not currently have a reference 580 on hand, but it is interesting to see what a user will get when upgrading from the older GTX 480, and how the extra 1.5 GB of frame buffer will allow the Extreme to compete with 2 x GTX 480s in SLI. 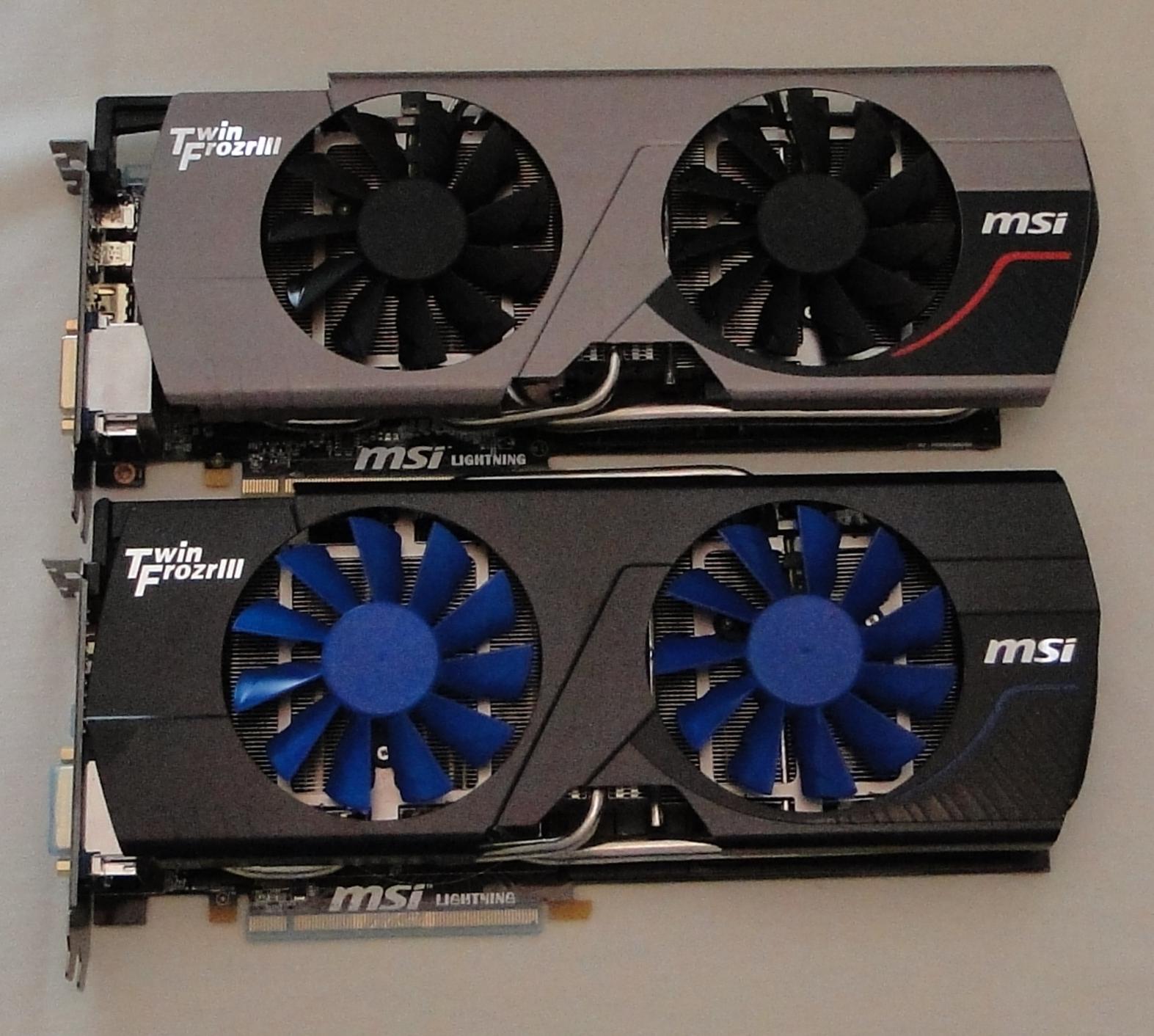 Futuremark’s latest benchmark is now focused on DX11.  It provides a good balance of advanced features, gpgpu support, tessellation, and advanced physics simulations.  Basically, it beats the living crap out of the latest and greatest GPUs.  The Performance preset was used (defaults the resolution to 720p). 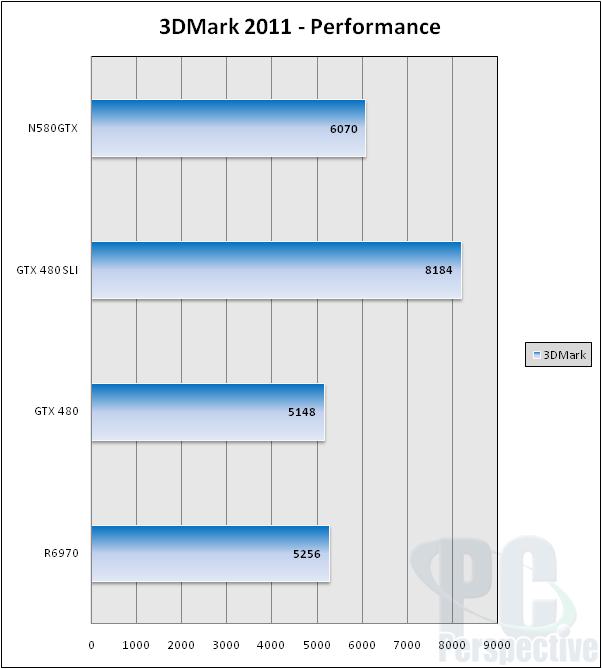 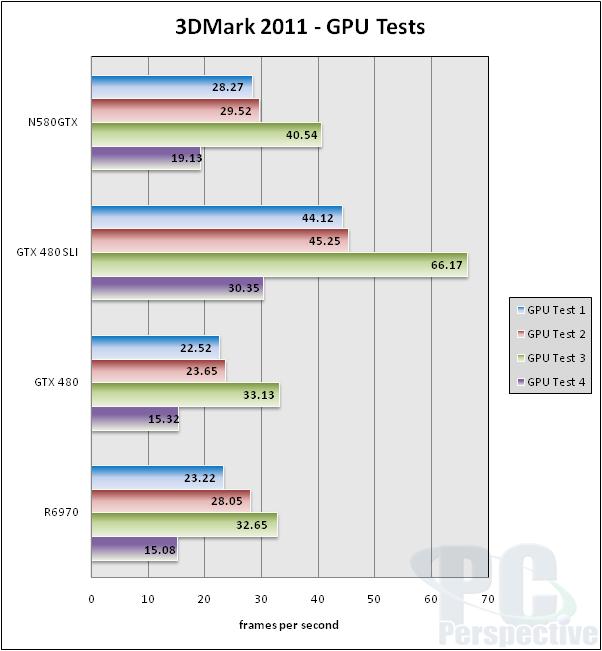 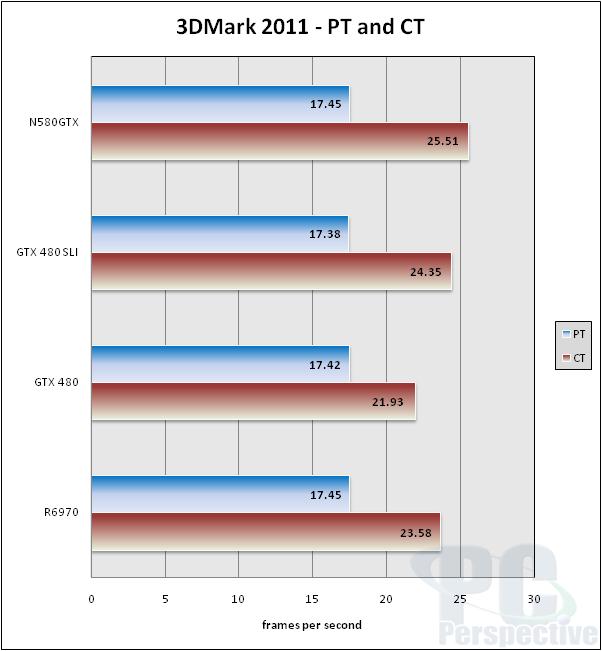 In the pure graphics tests, the SLI setup is obviously the way to go.  Once we move onto the physics and combined tests, the N580GTX Lightning Xtreme Edition can just squeak ahead of all the other cards.  It does take a very significant lead over a single GTX 480 and it still shows up the HD 6970 based MSI R6970 Lightning.

Though becoming a bit long in the tooth, it still is a good DX10 based benchmark with a long history of results to give greater meaning and depth to the latest video cards out there.  The Performance preset was used for all testing. 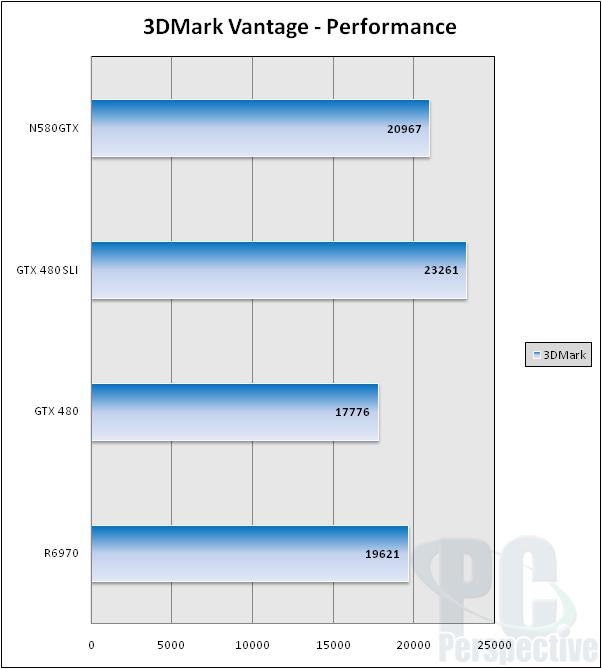 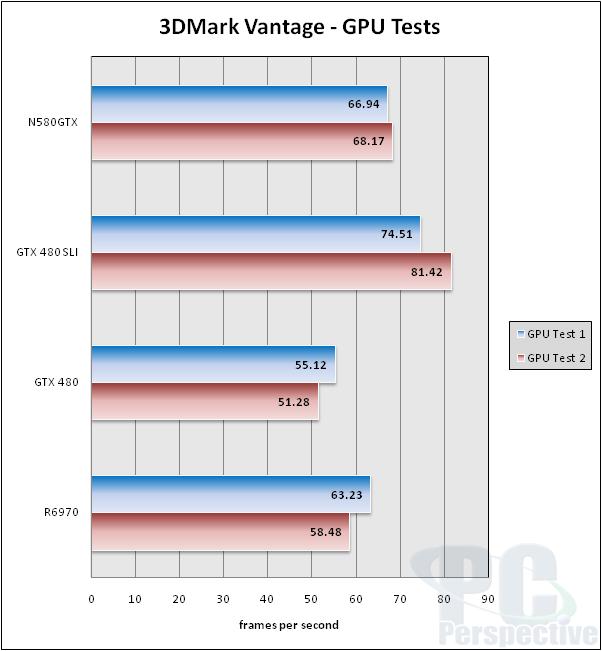 We see much the same separation in this benchmark as we do in 3D Mark 11.  SLI is the fastest, but the N580GTX Lightning Xtreme Edition pulls well ahead of the older GTX 480, and still outpaces the R6970.  The extra framebuffer in this case does not allow the single card to overcome the SLI’d GTX 480s.