Temperatures were taken through the Afterburner application from MSI.  The card was left idle for a good 20 minutes for both temp and power draw readings. 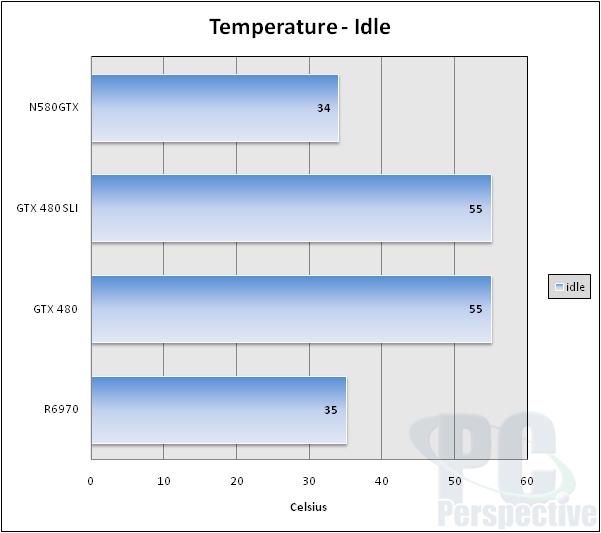 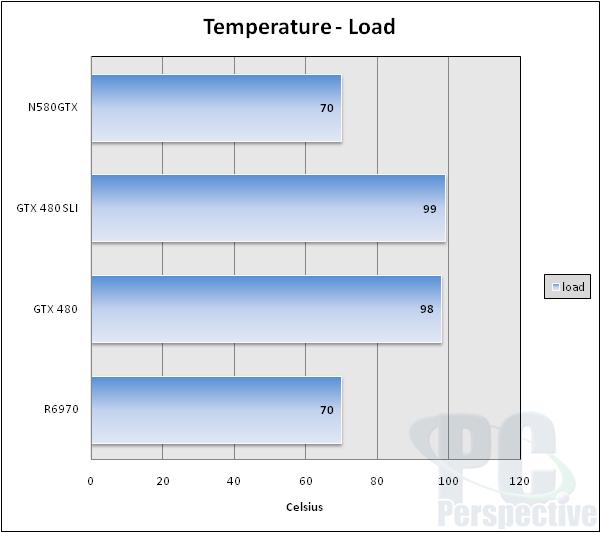 That is one cool running GeForce.  We can see that the reference design of the GTX 480 fares quite poorly at load.  This is further exacerbated when in SLI.  The N580GTX Lightning Extreme on the other hand handles the heat with aplomb.  Hitting a high of 70C is pretty impressive, especially considering what the reference boards have been reported to reach (mid 90s as well).  The N580GTX and the R6970 perform identically.  This is due to both solutions featuring the same heatsink and fan setup.  MSI has a very effective design on their hands.

Power was measured at the wall, so it encompasses the entire system’s draw.  Considering that all other components in the system are identical, this should not be an issue. 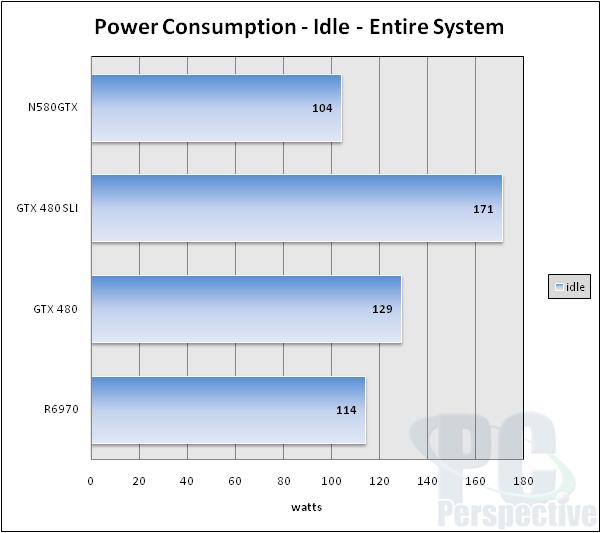 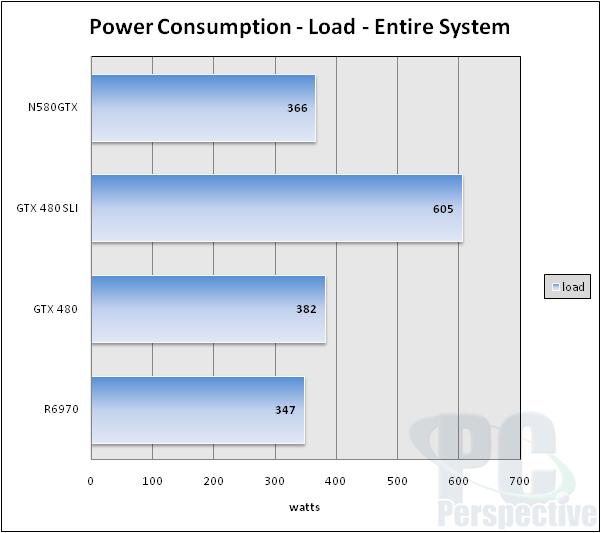 MSI included the ability to overvolt the memory and GPU, both of which can be controlled through their Afterburner software.  MSI claims that these boards can hit 1 GHz, but to reach those numbers a lot of heroic measures must be utilized.  Things such as… watercooling and LN2!  I kept the fan and heatsink attached and just utilized the Afterburner methods. 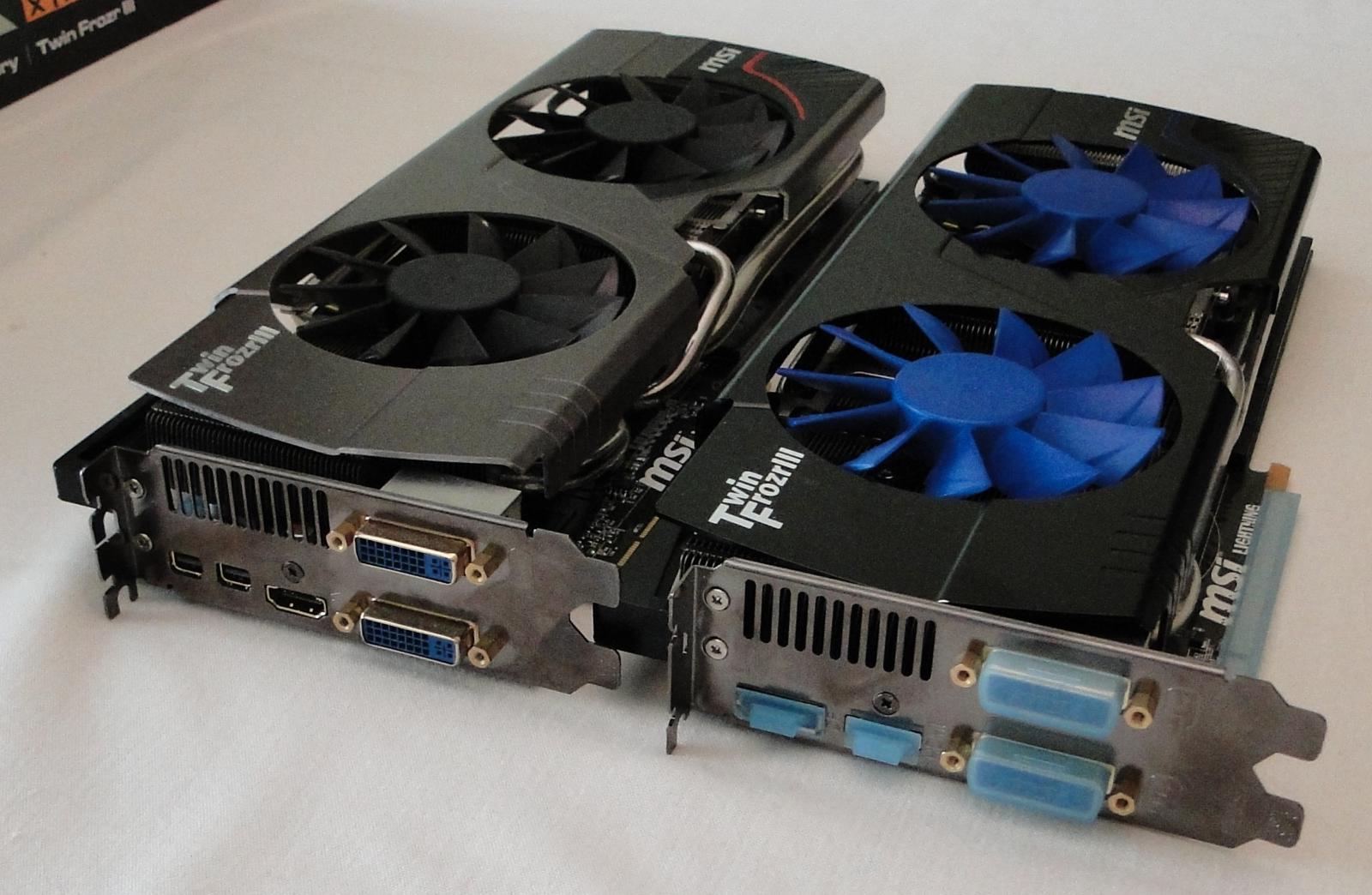 Though mostly alike, the R6970 sports two mini-DP ports as well as a single dual-link DVI.  The other DVI port is single-link only.  The AMD card can support up to three display devices at any one time.

These are pretty decent overclocks, and we saw around a 5% increase in overall performance.  For myself, I probably would be just happy with the standard overclocked speed of this card, but I’m not everybody else.  All samples are different, and these results may not be typical for those cards bought on the retail market.