The most important difference about Quakecon this year is that they can finally, for the first time in years, promote an upcoming in-house title. RAGE was definitely all the rage this year as John Carmack spent the majority of his keynote discussing the technical decisions made during the game for the 360, for the PS3, and for the PC. The biggest take-away that a lead game programmer could learn from the keynote is that you should never tell the artist team when approached about design specifications, “Make beautiful stuff and we’ll figure out how to make it work.” However, for the rest of us not on iD’s programming department, we get to see what a comment like that looks like in the new RAGE trailer.

Reminded of USENET a decade ago, “Syntax Error: Asking for the best computer, money is no object.”

Something has us believing that this will be a very profitable year for Bethesda’s parent company, Zenimax. With two large games, RAGE and Elder Scrolls V, coming out this autumn from Zenimax we hopefully should see them able to reinvest and grow over the coming years. As for the game itself, I get three distinct vibes from the most recent cinematic trailer: The first is Doom 3 which is most felt in the intro as the player is loaded into the pod-like device; the second is Fallout 3 from characters interact; the third vibe I cannot pin against any given game and mostly consists of the vehicular aspect of the trailer. What does it remind our readers of? (Registration not required for commenting.) 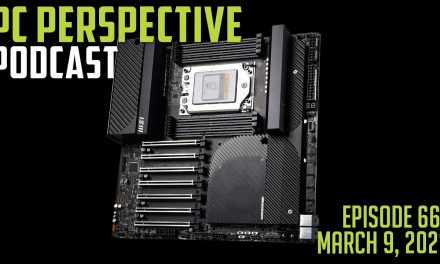