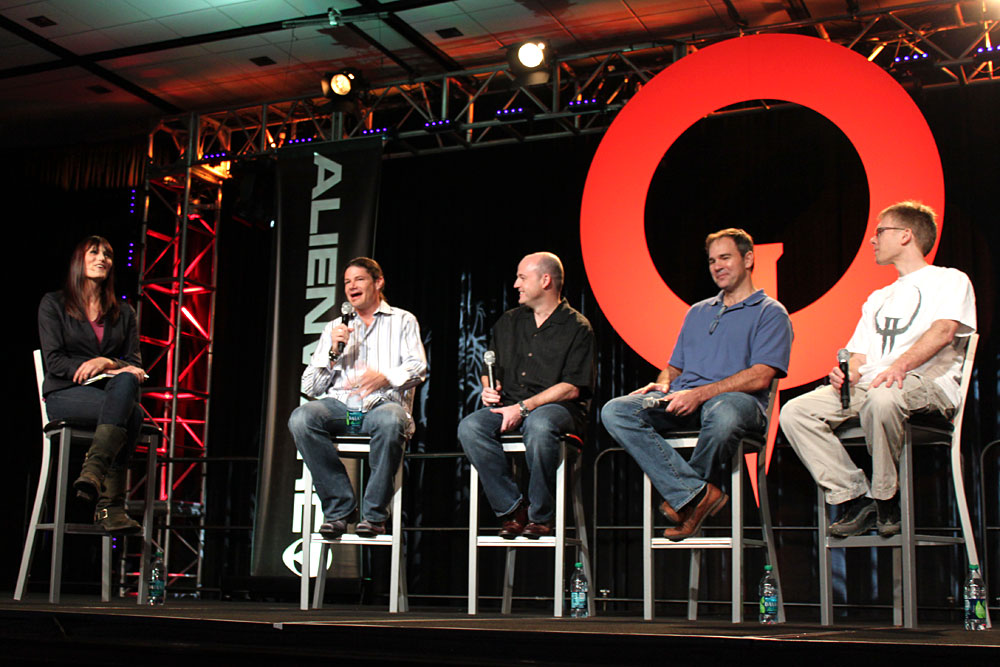 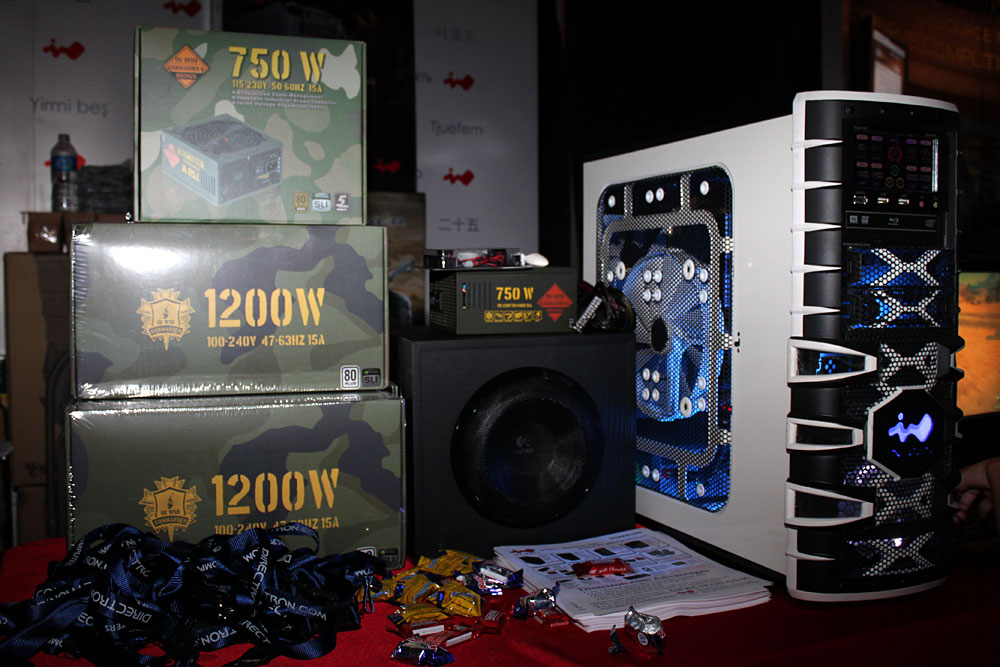 InWin showcased a couple of their Commander II Bronze 750W and 1200W power supplies and several of their PC gaming cases including the Dragon Rider case shown above. They also had a couple of their Fortress, Slayer, and Maelstrom PC cases on hand for visitors. 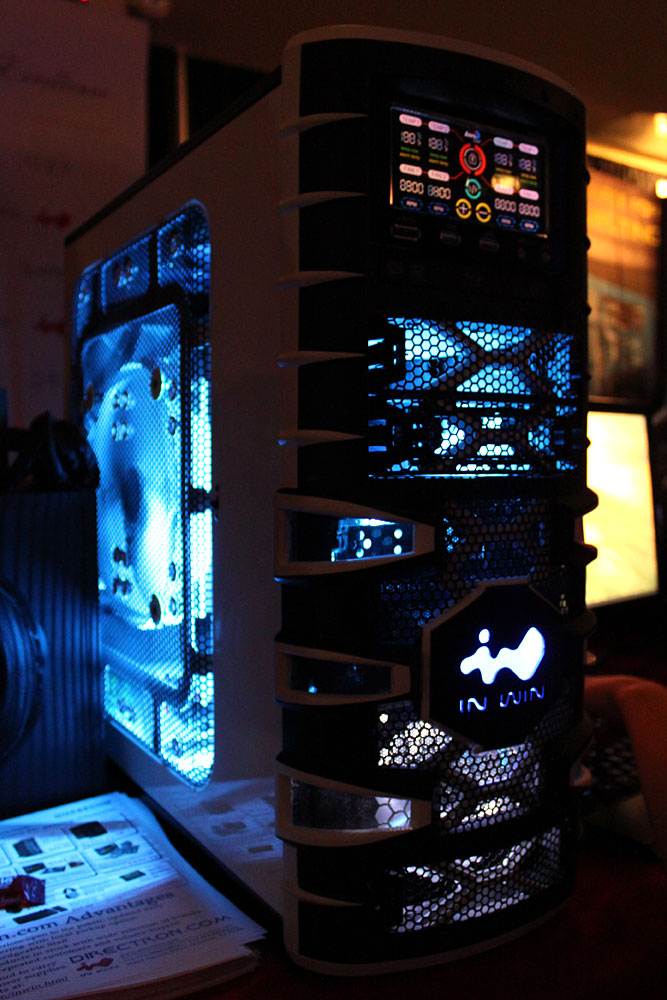 Here’s a cool pic I shot of the In Win Dragon Rider case lit up without flash. I really like the mesh front panel and the blue LED backlit In Win logo. Newegg is currently selling this case for $149.99 with free shipping. 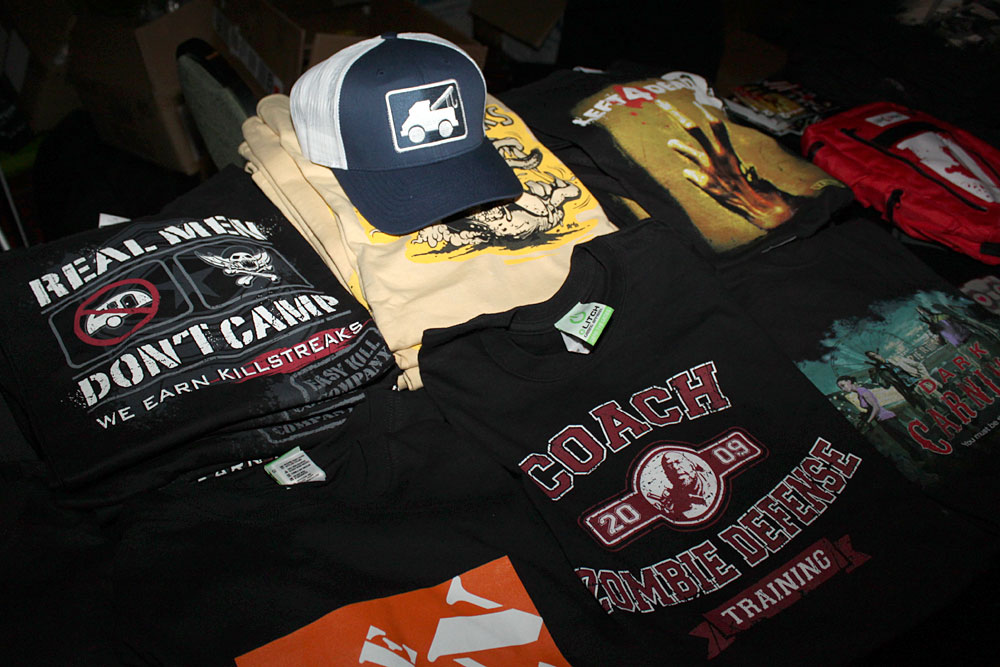 Gamers could also purchase some t-shirts and other apparel from their favorite games like Team Fortress 2 and Left 4 Dead 2 at the back of the exhibition hall. This merchandise is also available on Steam too, but it’s nice to see the quality of everything before you purchase it. 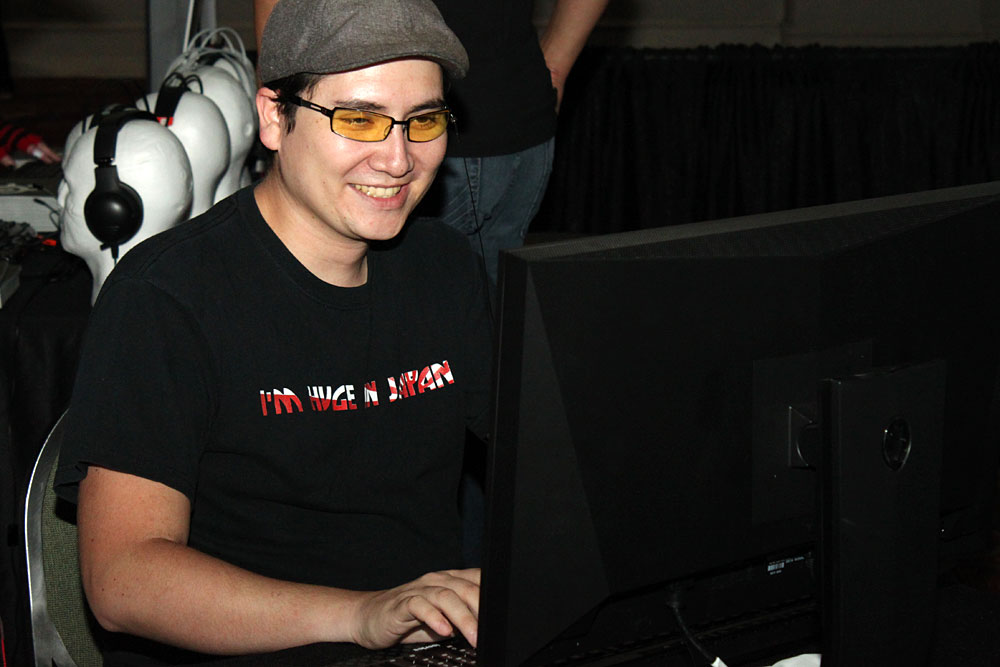 Gunnar had their line of gaming eyewear for PC gamers to test out on one of their test systems to play Call of Duty: Black Ops. Their eyewear can be tailored to any gamer’s perscription and are optimized for digital screens. 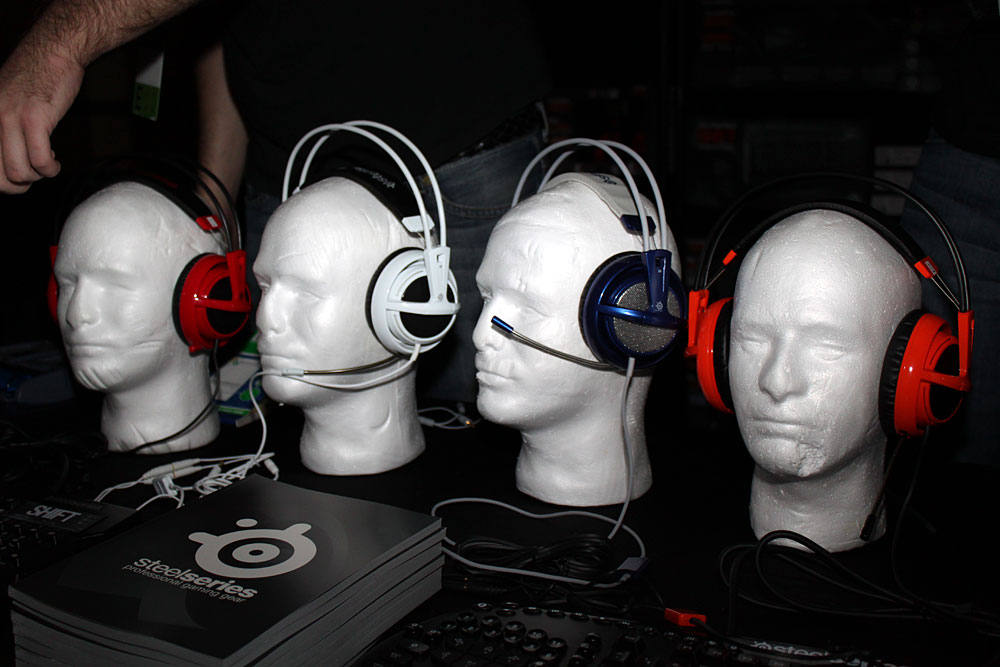 SteelSeries was also out in full force showing off their gaming headphones, gaming mic, and keyboards. They had on hand their 7H, Siberia V2, and Siberia neckband gaming headphones available as well as their Shift keyboard that has interchangeable keysets and is compatible with Z-Boards too. 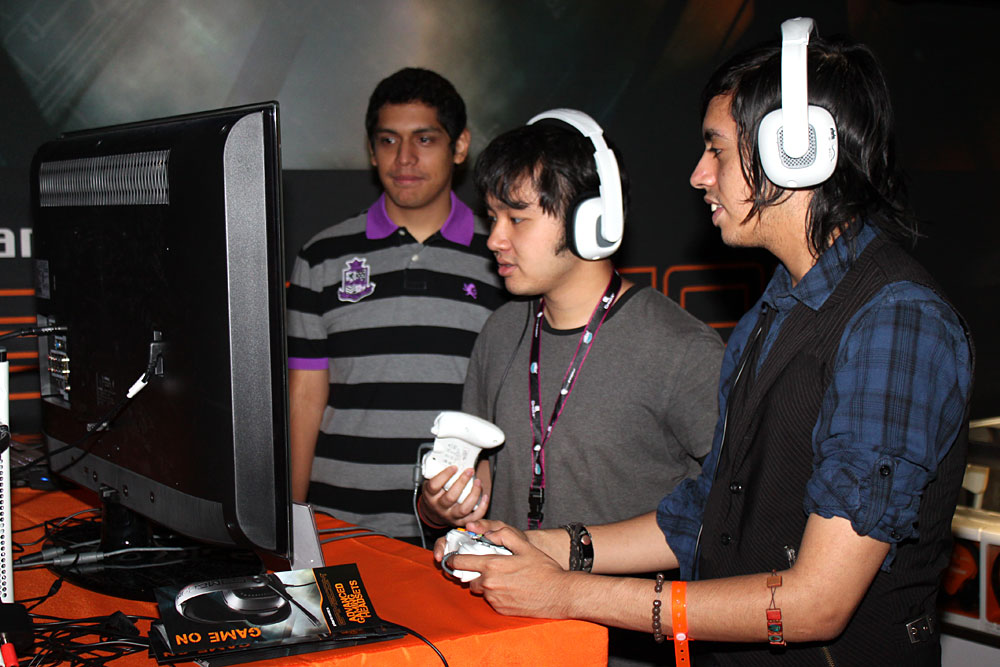 Plantronics also made a strong showing at this year’s Quakecon and gave gamers a taste of their line of Gamecom gaming headsets and bluetooth headphones. Gamers were playing Left 4 Dead 2 using Gamecom’s 777 and X95 headphones. 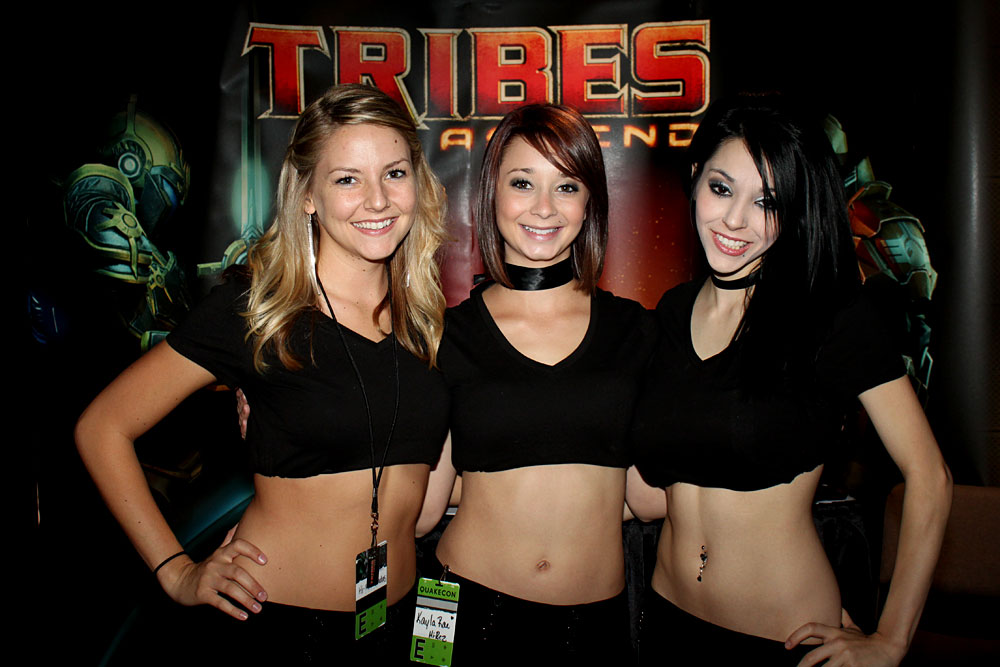 Last, but not least, I had to include this pic of the girls in front of the Tribes: Ascend booth. There’s no real relation between these girls and the vendors at the event, but I included for you guys anyway. Enjoy.