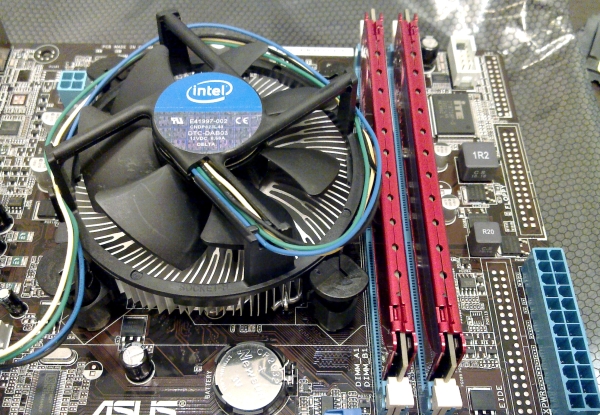 We reported a few days ago that AMD is considering bunding a sealed loop water cooling solution with it’s high end FX processors.  In an interesting development, VR-Zone today stated that Intel will not be including any cooler at all with it’s Sandy Bridge-E parts.

Specifically, Intel will not be bundling any processor cooler with its Core i7 Sandy Bridge-E 3820, 3930, or 3960X CPUs.  These processors are rated at a 130 watt TDP; however, VR-Zone reports that the processors may in fact be drawing as much as 180 watts at stock speeds.  This massive jump in power compared to previous models, if true, would make Intel’s move to not include a cooler a good thing, as enthusiasts will almost certainly want a quality third part air cooler at least, and a proper water loop if any overclocking is involved.  Enthusiasts especially have always opted to use an aftermarket cooler instead of the included Intel one as they have been notoriously noisy and mediocre in the performance department.  While they are decent for stock speeds, overclockers have always demanded more than the Intel coolers could provide.

The situation is made all the more interested when paired against AMD’s announcement; Intel has opted to not include any heatsink at all while AMD has opted to ratchet up the cooling performance with a sealed water loop.  Personally, I find the two companies’ reactions- because they are almost direct opposite solutions- very intersting and telling about the company mindset.  Which solution do you like more, would you like the chip makers to ratchet up their stock cooling performance, or do you prefer the hands-off approach where they allow you to grab the cooler of your choice by not bundling anything in the processor box?  Let us know in the comments!