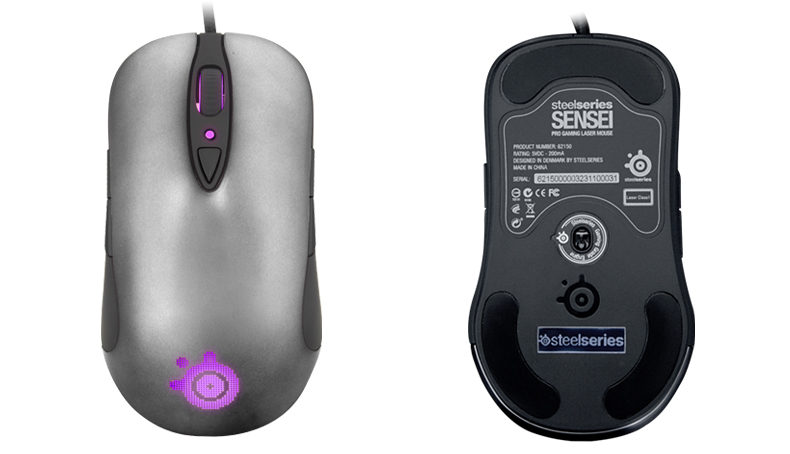 Bit-Tech reports that popular gaming peripheral maker SteelSeries will be unveiling a new mouse at GamesCon next week. The new gaming mouse, dubbed the Sensei is a dark, ambidextrous affair with LED powered logo, wheel, and sensitivity indicator in addition to an LCD screen on the bottom of the mouse to configure features.

The Sensei mouse has a large SteelSeries logo towards the back of the palm rest. The lighting of the logo supports up to 16.8 million colors. The body is comprised of metal with a non-slip grip coating, and features eight buttons. Bruce Hawver, SteelSeries’ CEO stated “The Sensei is really the culmination of thousands of hours of research and testing with competitive players.”  In keeping with the competitive gamer theme, SteelSeries has endowed the Sensei with advanced macro capabilities, including the ability to record timed and layered macros with keystrokes.

On the sensor front, the Sensei features a sensitivity range of 1 to 5,700 counts per inch (SteelSeries’ DPI-like system of measurement). Further, thanks to a “Double CPI” feature, the gaming mouse is able to ratchet up the sensitivity to an impressive 11,400 CPI, which makes navigating a six screen Eyefinity setup a breeze. Using SteelSeries ExactTech tracking customization technologies (ExactSens, ExactAccel, and ExactAim), Sensei’s laser sensor features a 10.8 megapixel image correlation at up to 12,000 frames per second (FPS), enabling it to track movements up to 150 inches per second.

All this tracking, macro support, and laser sensor horsepower demands a relatively beefy processor. While these instructions could be passed to the CPU for processing, having a dedicated chip on the mouse to process the sensor data and pass the coordinate data to the system can lower lag (or at least that’s SteelSeries’ goal). That requirement for computing time is where the 32-bit ARM processor comes into play. Specifically, the company states that the processor enables advanced SteelSeries ExactTech calculations to be done on the mouse itself and configuration via the mouse’s LCD screen.

The Sensei is slated for launch in September with a price of $90. The numbers and hardware are certainly impressive; however, whether that hardware will make a noticeable improvement in gaming and daily usage over the competition remains to be seen.  More photos and information on the new Sensei gaming mouse can be found here.

What do you think about the Sensei’s inclusion of ARM processor and LCD screen? Personally, while I am rather partial to (blue) LEDs, I can’t see myself using the LCD screen or other gamer-oriented features.

Blame the hardware; not the program 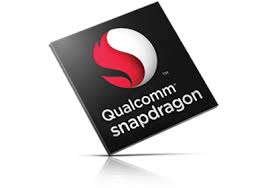