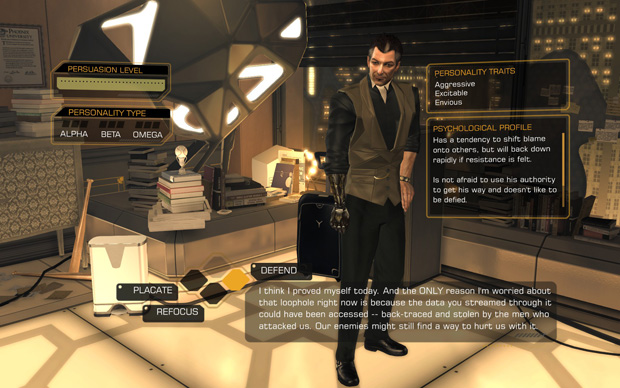 The release of Deus Ex Human Revolution was a scary time for PC gamers.   The main worries were twofold, with the multiple platforms it was released on there was a very good chance that the game would suffer from severe consolitis and with the memory of the second game still giving us nightmares there was a concern that the new game would follow in the footsteps of the second game, not the first.

Thankfully both worries are laid to rest in the first half hour of game play.  There is no coddling for those with gamepads, a couple of shots and you are dead and there is no auto-aim function present in the PC version.  The hacking mini-game is certainly design such that a mouse is a more efficient interface, especially once the computer catches on to the fact that you are hacking it.  There is also far more reading than you would expect in a console game.  If you need more convincing, The Tech Report is more than happy to provide.

"It’s now 9PM. My plan was to start writing this post three hours ago, but that didn’t pan out. Instead of writing, I found myself running around in circa-2027 Hengsha Island, China, splitting up my time between sleuthing, sneaking, and breaking bones. Deus Ex: Human Revolution is just one of those games—the kind that has you persuading yourself to stop after just one more mission… before playing for another three hours and wondering where your evening went." 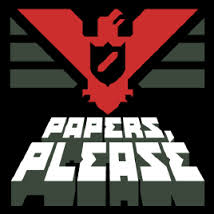