Very few things impress like a collection of 256 processor cores in a box.  But that is exactly what we saw on our last visit to the floor at the Intel Developer Forum this year when I stopped by to visit friend-of-the-site Daniel Pohl to discuss updates to the ray tracing research he has been doing for many years now.  This is what he showed us:

What you see there is a dual-Xeon server running a set of 8 (!!) Knights Ferry many-core processor discrete cards.  Each card holds a chip with 32 Intel Architecture cores running at 1.2 GHz on it and each core can handle 4 threads for a total of 1024 threads in flight at any given time!  Keep in mind these are all modified x86 cores with support for 16-bit wide vector processing so they are pumping through a LOT of FLOPS.  Pohl did note that only 31-32 of the cores are actually doing ray tracing at any given time though as they reserve a couple for scheduling tasks, operating system interaction, etc. 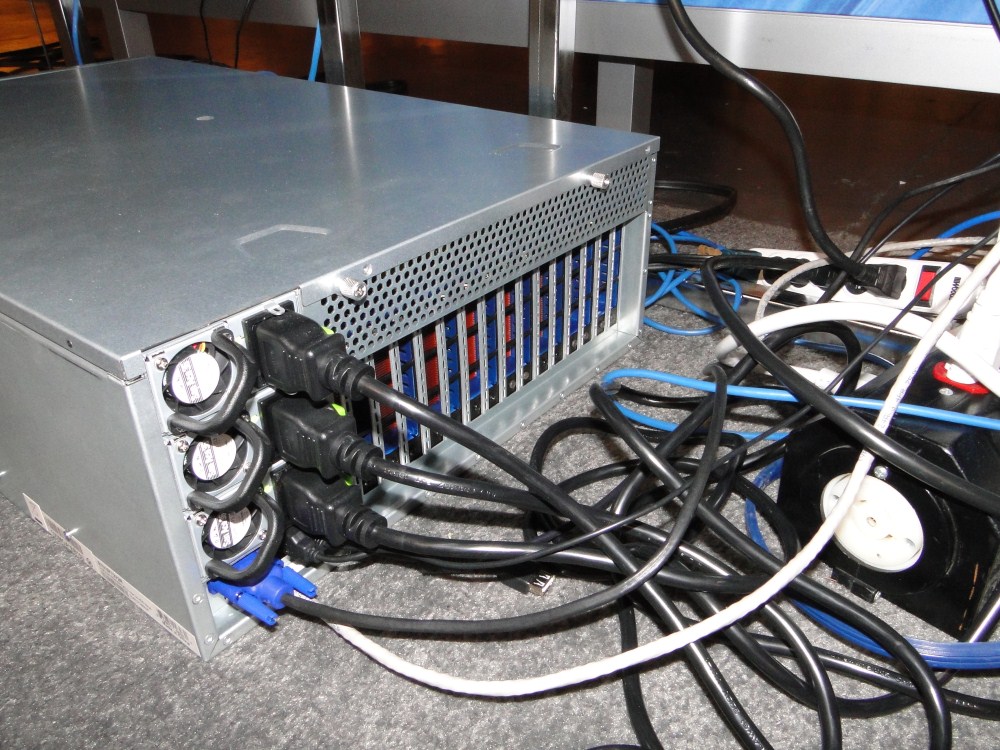 Each of the the eight cards in the system is using a pair of 6-pin PCIe power connectors and they are jammed in there pretty tight.  Pohl noted this was the only case they could find that would fit 8 dual-slot add-in cards into it so I’ll take a note of that for when I build my own system around them.  Of course there are no display outputs on the Knights Ferry cards as they were never really turned into GPUs in the traditional sense.  They are essentially development and research for exascale computing and HPC workloads for servers though the plan is to bring the power to consumers eventually. 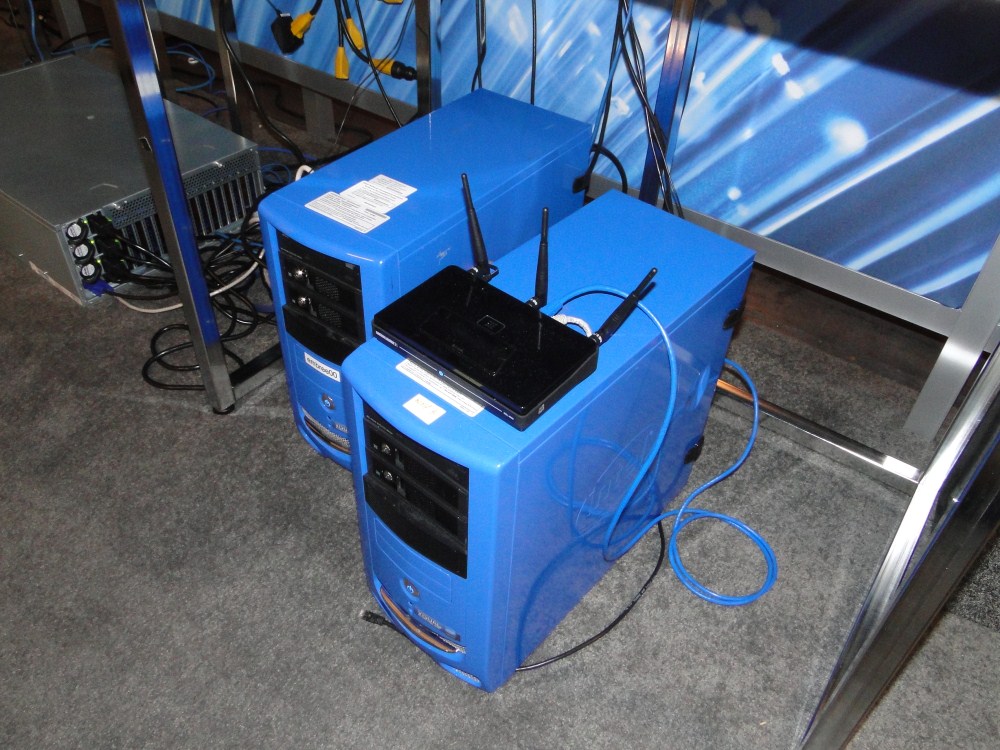 To run the demo the Knights Ferry ray tracing server was communicating over a Gigabit Ethernet connection to this workstation that was running game processing, interaction processing and more and passed off data about the movements of the camera and objects in the ray traced world to the server.  The eight Knights Ferry cards then render the frame, the Xeon CPUs compress the image (8:1 using a standard Direct 3D format) and send the data across the network.  All of this happens in real time with basically no latency issues when compared to direct PC gaming. 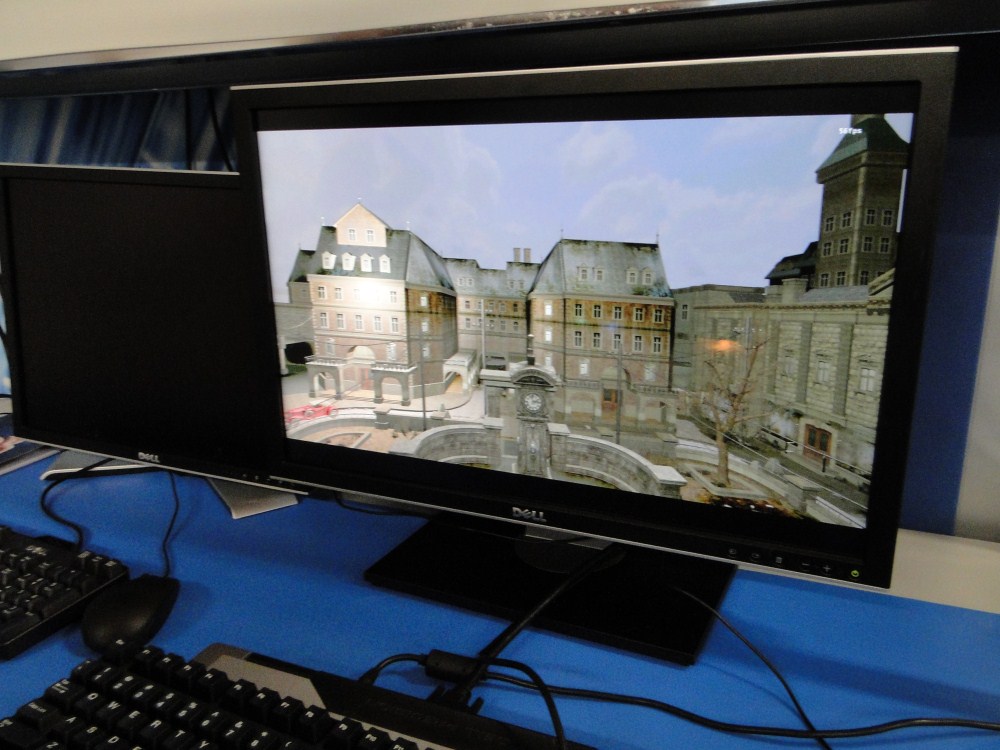 While the ray tracing game engine projects might seem a little less exciting since the demise of Larrabee, Pohl and his team have been spending a lot of time on learning how to take advantage of the x86 cores available.  The Wolfenstein demo we have seen in past events has been improved to add things like HDR lighting, anti-aliasing and more. 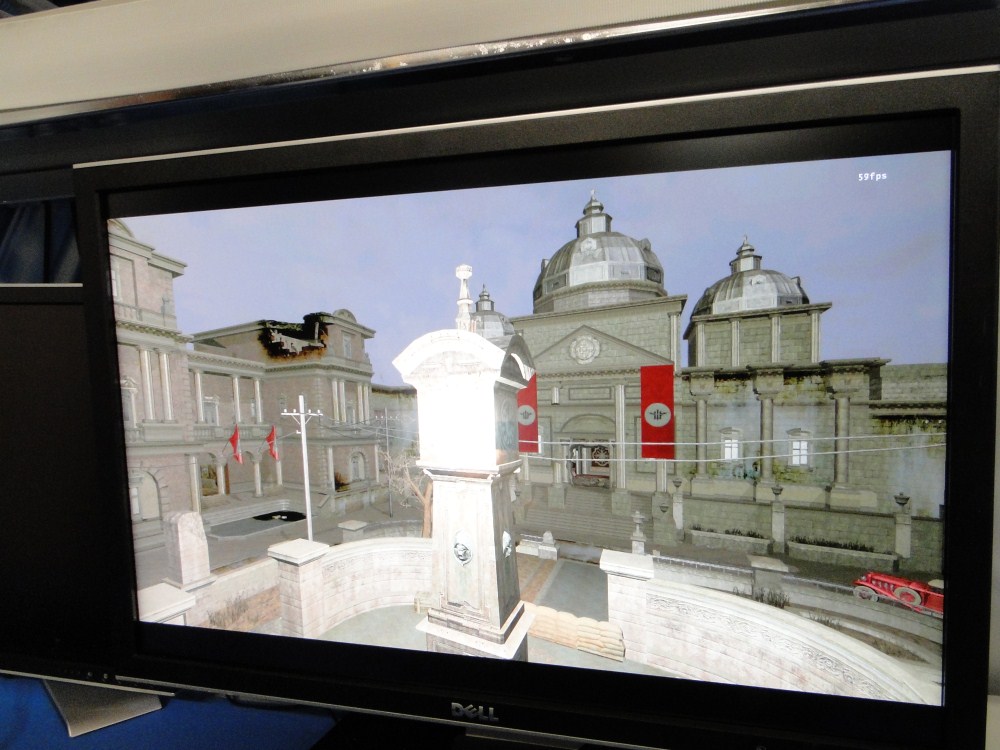 Though these features have obviously been around in rasterization based solutions for quite a long time, the demo was meant to showcase the fact that ray tracing doesn’t inherently have difficulty performing those kinds of tasks as long as the processing power is there and alotted to it.

I am glad to see the ray tracing research continuing at Intel as I think that in the long-term future, that is the route that gaming and other graphics-based applications will be rendering.  And I am not alone – id Software founder and Doom/Quake creator John Carmack agreed in a recent interview we held with him.