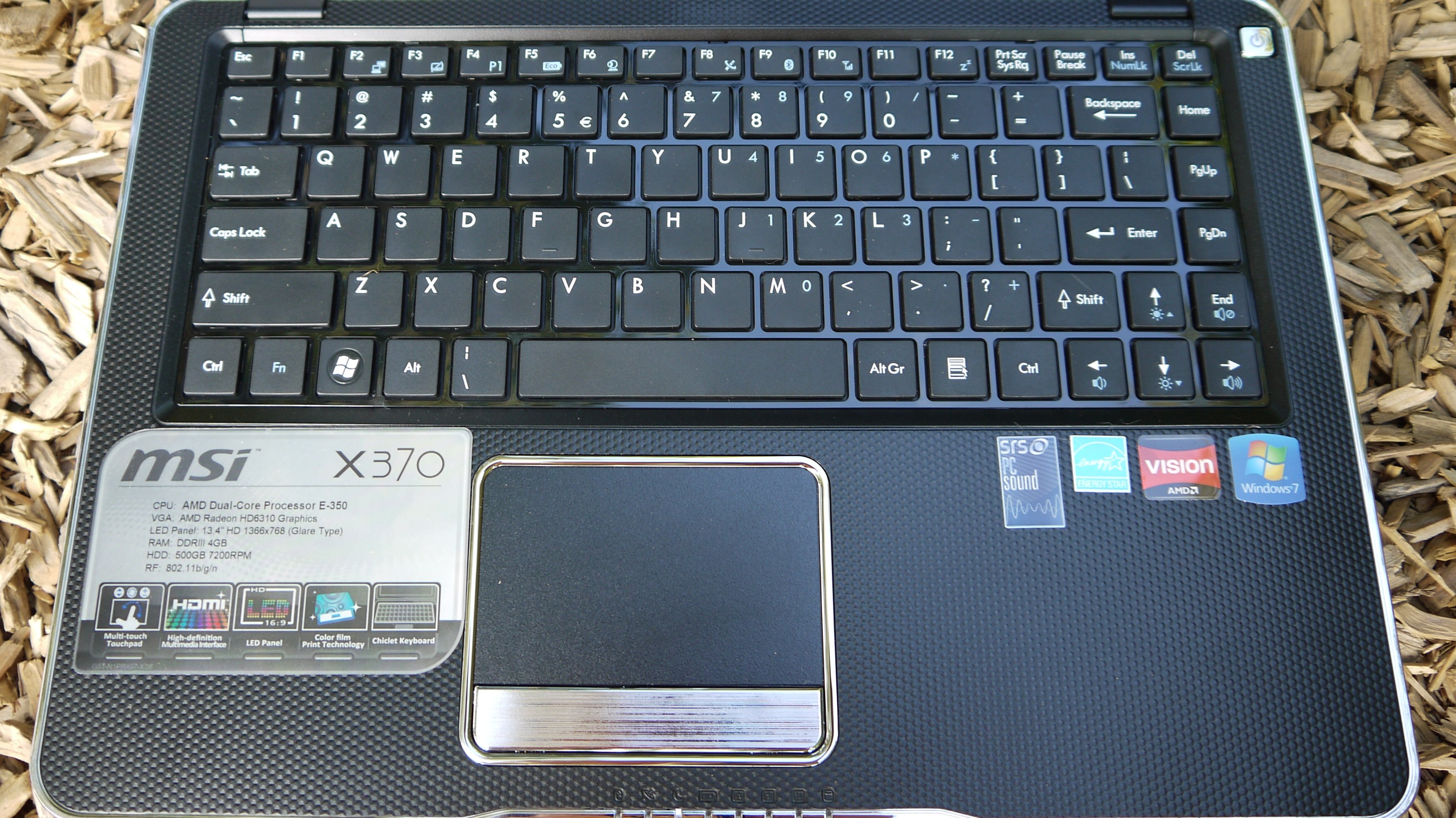 Open the X370 and you’ll find a chiclet keyboard. Once considered unusual, these are now standard on virtually all laptops, and this version has the same key spacing benefits as any other. Individual key feel is average, and there is some keyboard flex, but you have to be typing furiously for it to be a bother.

The layout is also average. MSI makes good use of the available space, yet I did find the right backspace and Enter keys to be a bit small. Another nitpick I had is with the brightness and volume controls, which are activated by pressing the Function key and the arrow keys. While there’s nothing wrong with this, most laptops place these functions elsewhere, so some adjustment was required. 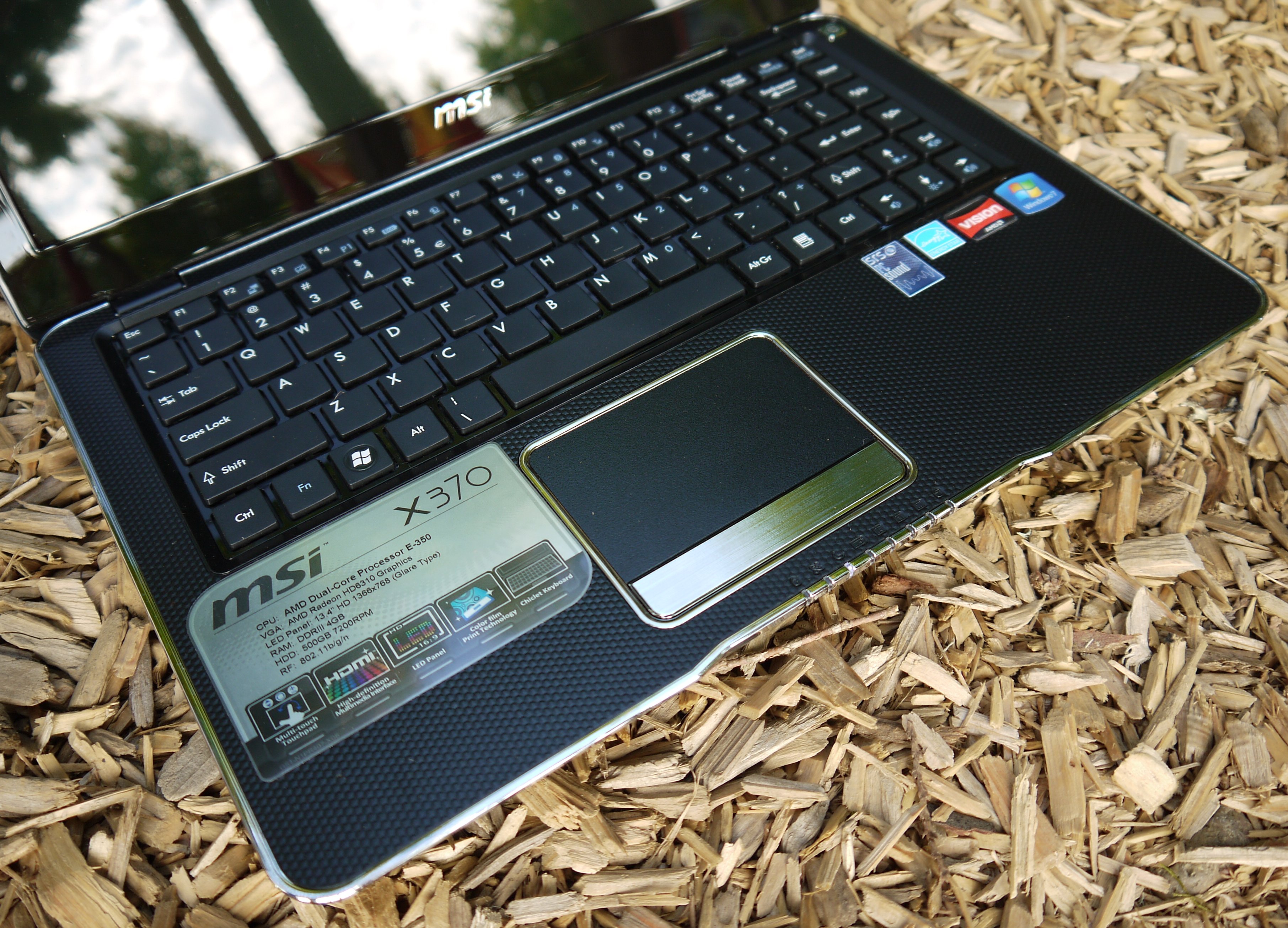 You’ll find nothing unexpected about the touchpad. It’s reasonably large considering the size of the laptop, and the surface texture is almost-but-not-entirely flat, which provides decent feel. The touchpad buttons are rocker-style, however, which I despise. Even after using the laptop for some time, I still found the buttons to be vague and mushy. If a click was not immediately recognized, I was never sure if it was because of the software I was using or because I had pressed too close to the rocker’s center, which does not register inputs. 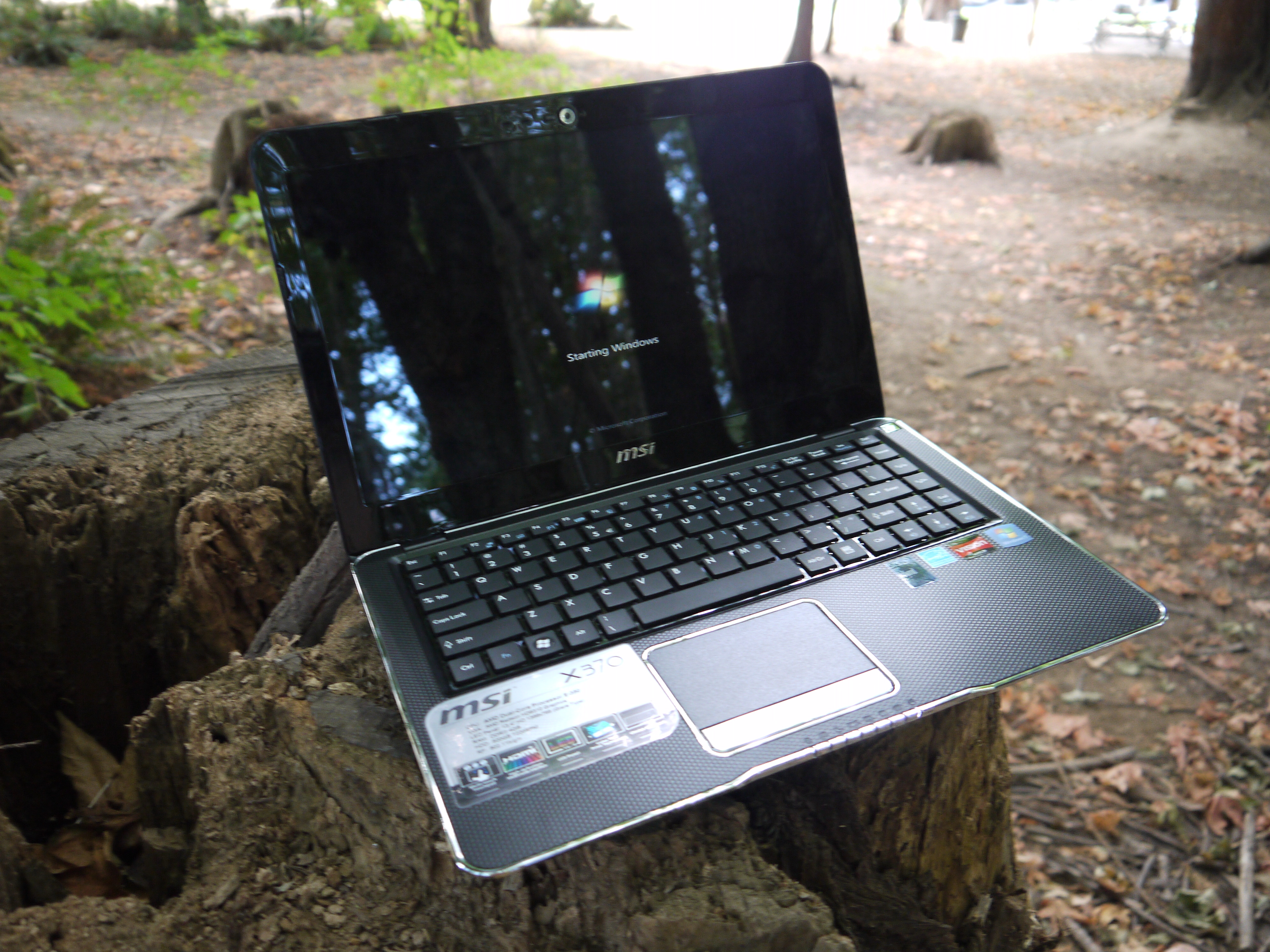 Given the price of this laptop, you’d be wrong to expect much from the display panel. Yet the X370 surprises by delivering a visual experience that’s instantly recognizable as superior to most laptops.

Examining the panel with the LCD Lagom test images confirmed these first impressions. Black level performance is excellent, as the panel is able to display all blocks on the test page. Solid results were also apparent in gradient tests, as the sample image was smooth, with no banding even in the darkest corners.

There is a trade-off, however. Move your eyes close to extremely dark portions of an image and you’ll notice a static effect, as if you were watching an analog TV with the rabbit ears out of tune. That’s dithering, and it’s rather severe on this laptop, but if you’re not a professional image editor or digital artist you may not notice.

Audio quality is also robust. Granted, a decent pair of $50 external speakers would likely sound better, but one must remember that this is an extremely slim laptop. If no speakers are available, you should still be able to fill a living room with enjoyable sound, which is more than can be said of some similarly sized competitors.