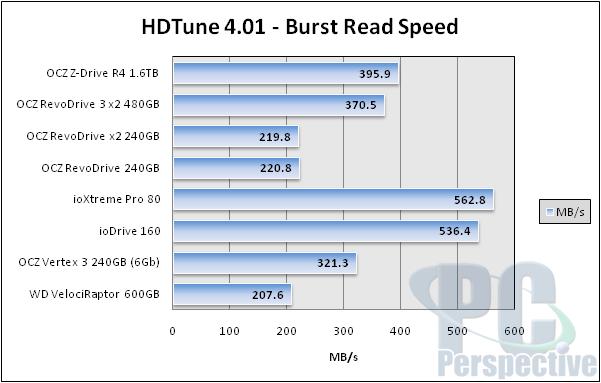 Bursts paint the same picture as they did with HDTach. 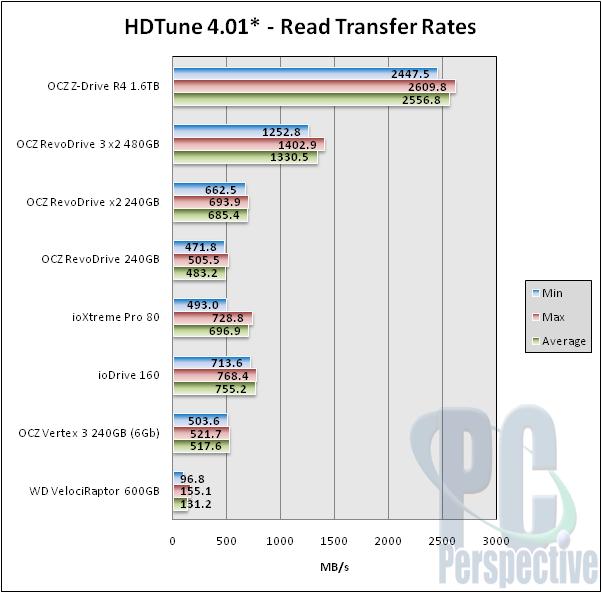 HDTune does its sequential performance tests using much larger block sizes than HDTach. This enables the Z-Drive to pick up some significant steam against the rest of the playing field. 2.6GB/sec with a stream of large block reads. Note: these reads, while larger, are still only single threaded. We saw higher than 3GB/sec in ATTO: 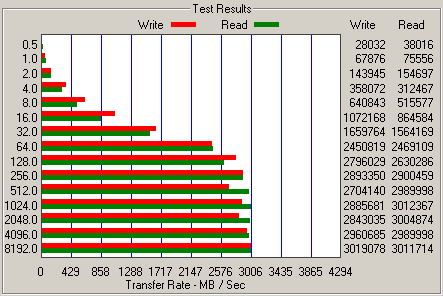 For the record, that’s the highest I’ve ever seen ATTO go :). 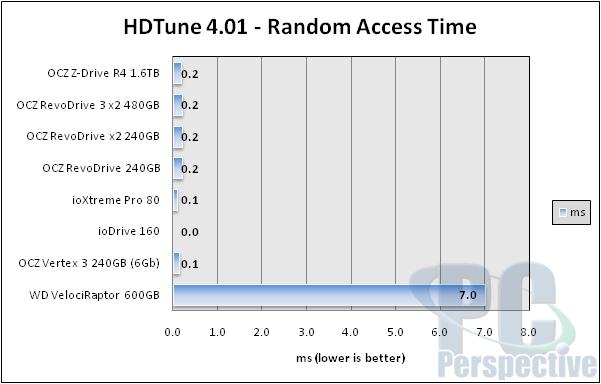 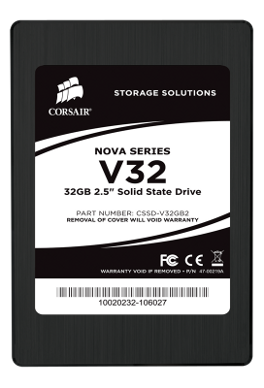