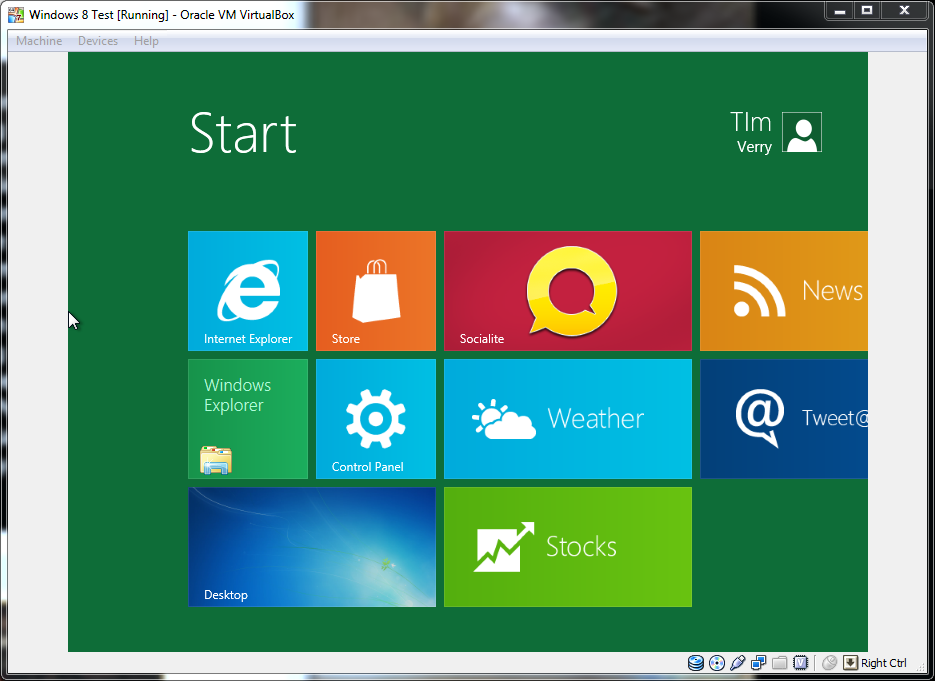 While some folks may be dissapointed that Microsoft’s first public beta download was not released this week at their BUILD conference, we did get the next best thing; Microsoft released a developer preview build for 32 and 64 bit systems yesterday. The download page went live at 11 PM Eastern Time, and hosts three versions of the Windows 8 build available to the public– despite the name an MSDN subscription is not required.  The download page does hint that MSDN subscribers are able to access additional downloads, however.

The Developer Preview with applications for software development work weighs in at a hefty 4.8 GB .iso and features a 64 bit copy of Windows 8, the Windows Metro SDK for applications, Microsoft’s Visual Studio 11 Express, Microsoft’s Expression Blend 5, and 28 Metro style applications.  Because of the hefty download, you will need a dual layer DVD or USB drive if you plan on installing it on bare metal (single layer DVDs need not apply, in other words).

The next largest download is the 64 bit Windows 8 Developer Preview build that drops the development software and features only the 64 bit Windows 8 operating system and Metro style applications.  This download weighs in at an easier to manage 3.6 GB .iso disk image.  The minimum system requirements for both 64 bit builds include a 1 GHz or faster x64 CPU, at least 2 GB of RAM, 20 GB of hard drive space for installation, a WDDM 1.0 supported DirectX 9 capable graphics card, and a touch screen to utilize the touch functions.

The final download is a 32 bit version of Windows 8 with Metro style apps suited for older computers with less than 4 GB of memory or lacking 64 bit capable hardware.  At 2.8 GB, this disk image is the smallest of the bunch.The Developer Preview.  The minimum system requirements for this build are a 1 GHz or faster x86 processor, 1 GB of RAM, 16 GB of available hard drive space for installation, a DirectX 9 graphics card with WDDM 1.0 or higher driver support, and (I am embarrassed Microsoft believes this needs to be listed) a touch screen in order to take advantage of the touch screen functionality of the OS.

All three builds are of the English language variety and are available here for your downloading pleasure.  Note that if you do choose to install the Windows 8 download on bare metal, you will need to wipe out your current installations, and a clean reinstall of your old operating system will be required to restore your system; therefore it would be prudent to at the very least make sure everything important is backed up before attempting the installation.  For those less adventurous a free Virtualization program might be in order.  Keeping in mind that performance will impacted by running it as a virtual machine, Virtual Box seems to handle Windows 8 very well using the Windows 7 64 bit settings after allocating 4 GB of RAM and the maximum amount of video memory.  VM Ware and other paid solutions should also handle the operating system well enough for you to get an idea of Microsoft’s vision for the operating system by using tweaked Windows 7 presets.

What features of the Windows 8 developer preview would you like to see tested out?  After you’ve had a chance to check the operating system out for yourselves, let us know what you think of Windows 8 in the comments!