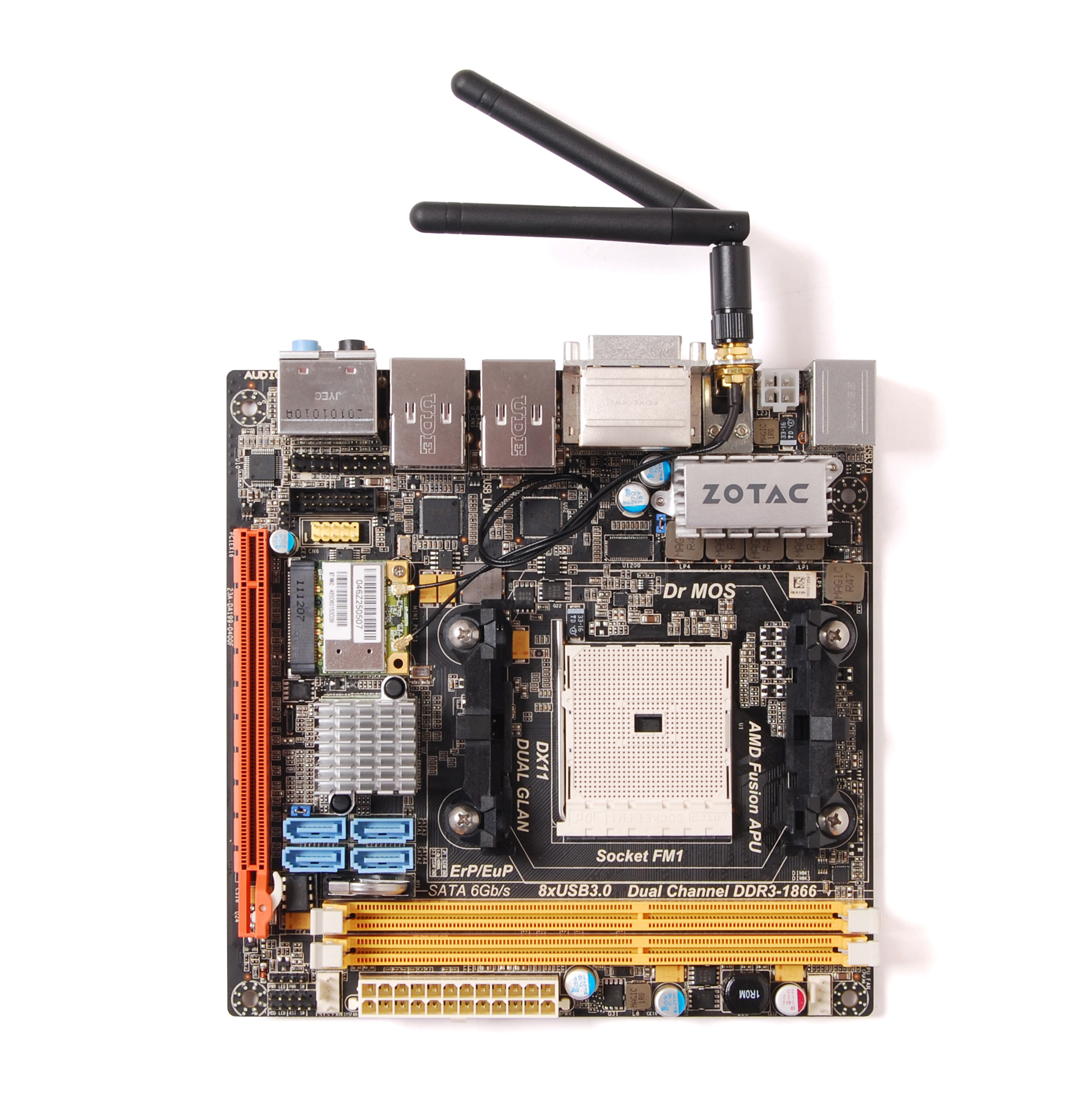 The ZOTAC A75-ITX WiFi features an FM1 socket to take advantage of the latest AMD A8, A6, A4 and E2 series APUs with AMD Radeon™ HD 6000 series graphics processors for the perfect synergy of CPU and GPU performance power. Two memory slots enable users to install up to 8GB of high-speed DDR3 memory with speeds up to 1866 MHz, depending on the APU installed, for maximum system responsiveness for media playback, gaming and every-day use.

“Our goal at ZOTAC is to pack as many features and capabilities into the smallest form factory possible. The ZOTAC A75-ITX WiFi is no different – we’ve packed it with features and expansion capabilities typical of larger ATX offerings,” said Carsten Berger, marketing director, ZOTAC International.

There is plenty of expansion with the ZOTAC A75-ITX WiFi, including a PCI Express x16 slot, up to eight USB 3.0 and four SATA 6.0 Gb/s ports, for maximum internal and external upgrade potential from a compact form factor. Dual Gigabit Ethernet, 802.11n WiFi and Bluetooth 3.0 networking technologies enable the ZOTAC A75-ITX WiFi to deliver lightning-fast network transfers over wires or wireless and easily connect to wireless peripherals and phones.