NVIDIA is releasing a new revision to 3D Vision that basically includes a new set of glasses, better brightness technology and new 27-in panels.

In conjunction with GeForce LAN 6 current taking place on the USS Hornet in Alameda, NVIDIA is announcing an upgrade to the lineup of 3D Vision technologies.  Originally released back in January of 2009, 3D Vision was one of the company’s grander attempts to change the way PC gamers, well, game.  Unfortunately for NVIDIA and the gaming community, running a 3D Vision setup required a new, much more expensive display as well as some glasses that originally ran $199.

While many people, including myself, were enamored with 3D technology when we first got our hands on it, the novelty kind of wore off and I found myself quickly back on the standard panels for gaming.  The reasons were difficult to discern at first but it definitely came down to some key points:

The cost was obvious – having to pay nearly double for a 3D Vision capable display just didn’t jive for most PC gamers and then the need to have to purchase $200 glasses made it even less likely that you would plop down the credit card.  Initial 3D Vision ready displays, while also being hard to find, were limited to a resolution of 1680×1050 and were only available in 22-in form factors.  Obviously if you were interested in 3D technology you were likely a discerning gamer and running at lower resolutions would be less than ideal.

Yes, 24-in and 1080p panels did come in 2010 but by then much of the hype surrounding 3D Vision had worn off.  To top it all off, even if you did adopt a 3D Vision kit of your own you realized that the brightness of the display was basically halved when operating in 3D mode – with one shutter of your glasses covered at any given time, you only receive half the total output from the screen leaving the image quality kind of drab and washed out.

NVIDIA is hoping that they can address these issues with an update to 3D Vision, called… 3D Vision 2.  I’m serious.

3D Vision 2 offers new glasses that increase the lens size as well as the response time and new 3D panels at sizes of 27-in with technology to increase brightness.

The larger lens offers up a couple advantages for 3D users including the ability to block out more of the ambient light from the room thereby increasing the apparent brightness of the display.  Also, the LCD on the lens that flickers on and off to switch which eye is viewing the screen each 1/120 of a second can completely transition from open to closed much more quickly.  Why is this important?  It allows the lens shutter to stay open LONGER and thus allow more light into your eye while still being able to cut off the light at the appropriate moment and keep the 3D effect.

LightBoost is the brand associated with changes in 3D panel display technology that supposedly alleviates much of the brightness concern from 3D gaming.  The LED backlight will now pulse twice as bright in unison with the glasses so that the 3D brightness can appear as much as twice as bright when combined with the new, faster shutter on the updated 3D Vision glasses.  This is what allows the glasses to be be left open longer to provide more environmental light for the gamer, allowing viewing of the environment (like the keyboard, cell phone, etc) to be brighter as well. 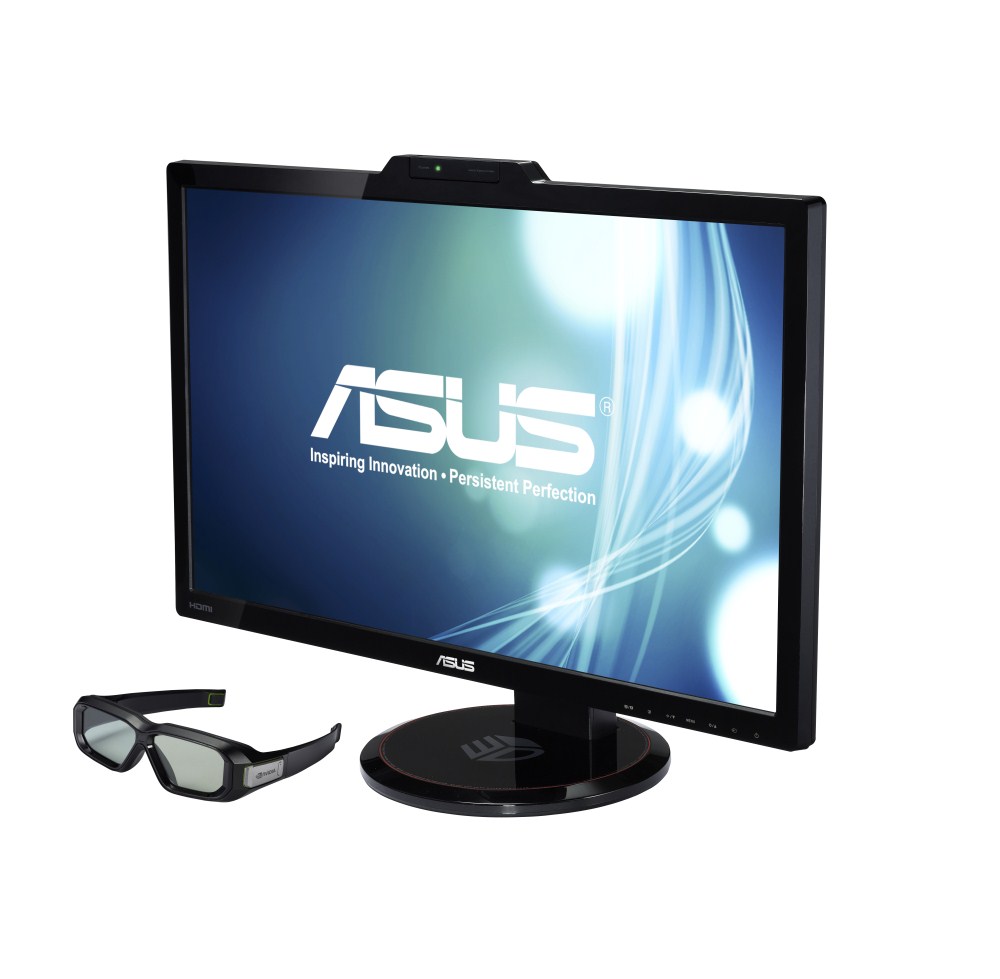 Along with these new glasses will come a collection of 3D Vision 2 ready panels including the ASUS VG278H that will offer a 1920×1080 resolution with a 27-in screen.  To be honest that is a bit high on the panel size for that resolution (Apple’s 27-in display is a 2560×1440 panel) but the 120 Hz technology hasn’t progressed far enough down the cost structure for us to get them reasonably quite yet.  That is obviously the long term goal but I still feel a 1080p screen at 27-in should be an upgrade over what is available today.  Though pricing will differ in the retail space, the estimated MSRP from ASUS is $649-699 which again makes the 3D Vision 2 technology noticeably higher priced than traditional displays. 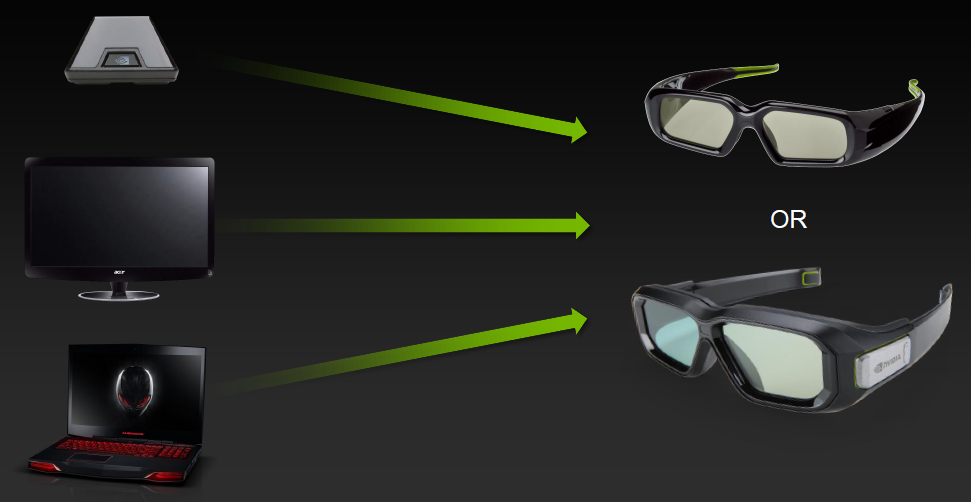 For existing users of 3D Vision technology, you will be glad to know that 3D Vision 2 is backwards compatible with your current setup.  If you have a monitor and transmitter today you can buy a new set of glasses and it will work though you will miss out on some of the benefits of LightBoost technology.

A new 3D Vision kit with the second generation glasses and transmitter will run you $149 while the glasses alone for use with a 3D Vision ready monitor (or notebook) will be $50 less.  This is still not an insubstantial cost and will certainly dissuade many gamers from trying the technology.

And in reality, that is the real big problem for NVIDIA and why events like GeForce LAN are so important to products like this – you can’t really validate a purchase until you try it for yourself.  And if you aren’t the type to go off and spend $500 on a new monitor just because you can, then NVIDIA needs to prove to you its benefit and value.  In-person demos are the only way this can be done.  So expect to see a big display of 3D Vision technology on the USS Hornet this weekend.

So do I think 3D Vision 2 is going to drastically change the landscape of 3D gaming for PCs?  Not really, though I think new technology, new buzz about it online and at least slightly improved feature sets will move it along in the right direction.  For it to become mainstream ALL displays are going to need to support 3D technology (much in the same way we are seeing that trend in consumer televisions) and we need to see a common support structure for both NVIDIA and AMD – no one wants to buy a display that only works with one graphics card vendor.  But that is currently the environment we have to work in.

Maybe in a couple years we will have the glasses-free autostereoscopic monitors we are all hearing about at CES year after year.  Maybe the cost will drop like a rock on 120 Hz panels and we’ll see 2560×1440 monitors at CES this January.  Maybe NVIDIA might win the lottery and pass it all out for free, too.  Maybe.

For now, 3D Vision 2 looks like the best 3D gaming solution on the market for gamers that want just a little something extra to get them up in the morning.

G80, a test for the whole family