A milquetoast reception to the next generation of GPUs 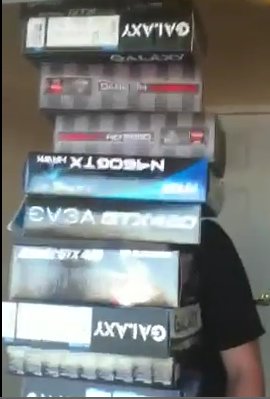 While most enthusiasts are living up to the name as far as the build up to the coming GPU refreshes from both AMD and NVIDIA is concerned, the manufacturers are quite the opposite.  There are several probable reasons for this attitude, not least of which are the number of HD 6570s and GTS 450s that are still in their stock.  Remember those cards from back in the spring of this year, which were the high end of a huge range of GPUs from both companies spanning $20 to either side of $100?  Think that with the current generation of Llano and SandyBridge that any knowledgeable person is going to purchase one, let alone when you consider how close the release of next generation of APUs is?  The two major players in the discrete GPU market not only updated the top end of their cards quickly over the past several quarters there was a widening of the market which saw current generation cards available from ~$75 to ~$750 with some segments separated by as little as $10.  That translates to huge inventories at the manufacturer level which they then have to convince resellers and retailers to purchase for stock to sell to the consumer and many of those cards are still sitting there collecting dust.  No wonder these same companies are leery of purchasing more stock before finding a way to recover some profit from the stock they have now.

To make things even worse there exist doubts about the 28nm process from TSMC, which DigiTimes discusses here.  While AMD is still claiming delivery of HD7000 family cards before the coming year, the troubles that NVIDIA seems to be having with the same process concerns those who need to be able to buy large volumes of chips in order to turn a profit selling graphics cards.  Even worse is the realization that the first cards NVIDIA will be releasing are simply a die shrink, without architectural changes.  When two companies go to the same source for the same thing and one reports getting apple cider and the other apple vinegar, you really have to start to wonder what is really going on.

"While Nvidia and AMD are poised to use Taiwan Semiconductor Manufacturing Company’s (TSMC’s) 28nm technology to produce the GPUs Kepler and Southern Islands respectively, most Taiwan-based graphics card makers hold a conservative attitude about the new GPUs with some makers cautiously watching the market status before making any further decisions, according to industry sources.

Compared to the makers’ eagerness for the previous-generation GPUs, graphics card makers are rather conservative about the upcoming 28nm chips due to concerns such as TSMC’s weak 40nm process yield rate issues may re-occur in its 28nm process and weakening demand for graphics cards and lower-than-expected gross margins."