What is interesting about gaming, of course, is that for the most part it is not a CPU-bound use case for a PC.  Instead, the GPU is a much more a dominant factor in performance and gaming quality.  To demonstrate we plugged in a GeForce GTX 580 graphics card and ran the Battlefield 3 beta, Lost Planet 2 and Metro 2033 at 1920×1080 resolution and high image quality settings on four different CPU platforms.  The results are pretty indicative of equal footing with only minor performance deltas between your available CPU options: 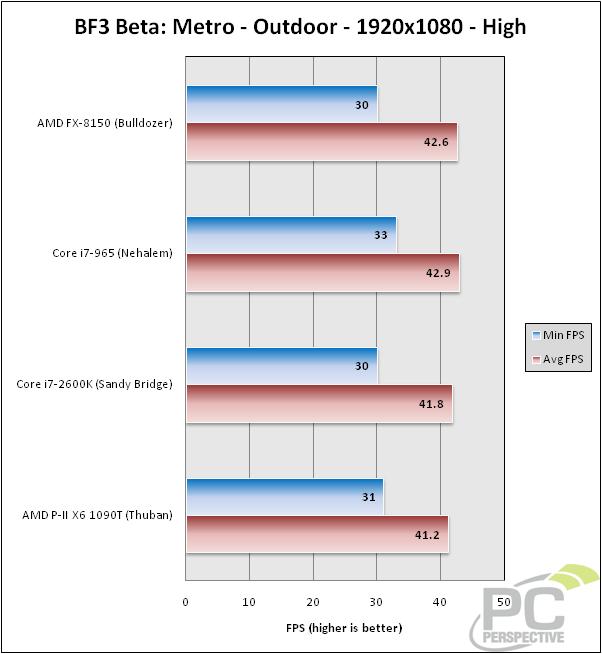 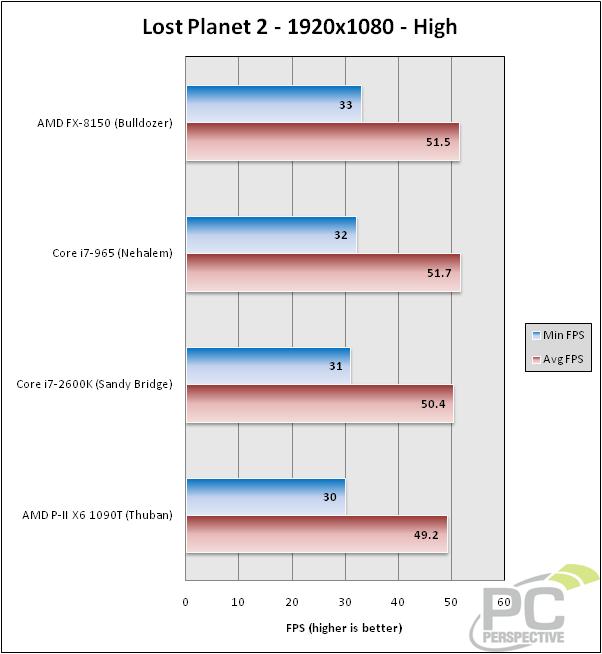 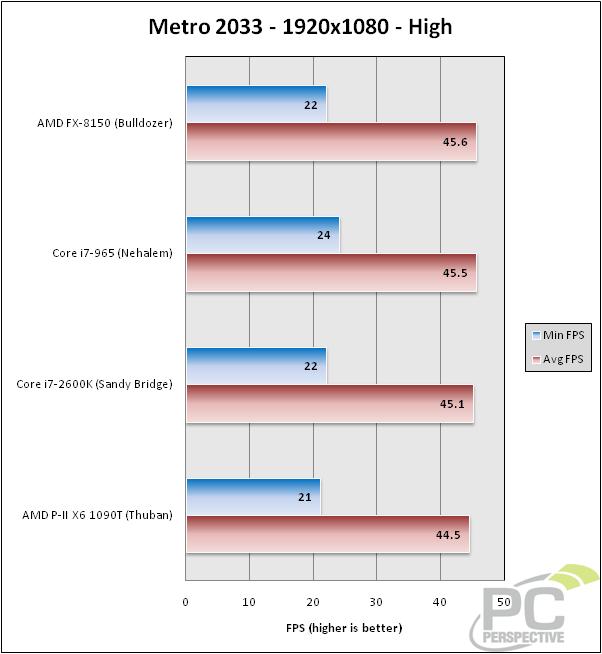 Our average frame rates on all three titles were within the margin of error from each other indicating that while we have reservations on the AMD FX CPUs in terms of some computing workloads, gaming isn’t one of them.  The 8-cores of the FX-8150 are more than capable of providing a gaming experience on par with the Core i7-2600k, Core i7-965 Nehalem and the 6-core Phenom II X6 1090T.