This should come as a shock to no one.  Intel made a lot of money this past quarter.  We again have seen new records in both gross revenue and net income.  GAAP revenue for the quarter came in at an astounding $14.2 billion.  Essentially that is the net revenue for AMD during a three year span.  Net income is again impressive at $3.5 billion.  In AMD terms that would be gross revenue for three quarters.  Truly there is a tremendous disparity between the two companies who are very bitter rivals.  It is no wonder AMD is starting to really fall behind.

All of the internal groups, except for one, have shown tremendous growth over the past year.  Notebooks have really lead the charge as of late, but both desktop and server markets have shown very favorable growth for the company.  Even the McAfee and Intel Communications divisions provided upwards of $1 billion to the bottom line.  The only area that Intel is lagging in is the Atom line.

When we look at the product offerings of Intel in server, desktop, and notebook markets we see they have a sizeable advantage in both process technology and performance per watt.  Intel has been shipping 32 nm chips for well over a year and a half.  On the desktop this has translated to modestly priced processors that have a much smaller die size yet comparable (and even superior) performance to the AMD products which are much larger in size and more expensive to produce.  On the server side we really have not seen AMD make any inroads since Intel took over that market in a big way once they released the QPI based designs which took away AMD’s last architectural advantages; HyperTransport and integrated memory controllers.

Read the rest of the article after the break.

Notebooks have again been a strong growth area for Intel and this relates not just to their advantage in process technology, but also the advances in graphics technology for the latest chips.  This was one area that Intel was woefully far behind, but with the release of the Sandy Bridge based chips using a true DX10 graphics core, Intel has finally gotten to the “good enough” level.  While AMD’s Llano chips do offer better graphics performance and features, Intel offsets that with better overall thermals and CPU performance.  Also Intel is able to offer as many chips as a PC manufacturer could need, which is something that AMD has yet to do with Llano.

The one down area for Intel is Atom.  This is not necessarily surprising, as it is a very hotly contested market and Intel arguably has the least impressive solution.  AMD has a very competitive, and in most ways, superior product in the Ontario/Zacate family based on the Bobcat architecture.  Better overall CPU performance plus a pretty robust DX11 based graphics portion are the real advantages here.  The product stack offers a range of TDPs and prices that are very favorable as compared to Intel’s Atom lineup.  This is not the entire story of course, because we are starting to see ARM based processors move upwards into areas where previously Atom had a solid grip.  Between AMD and ARM competitors, it is not surprising that Atom has suffered pretty dramatically year over year.  In response Intel is getting more aggressive with their Atom lineup and we should see some good movement from the company within the next few quarters to shore up this weak spot.

Next quarter looks to be just as successful for Intel, if not more so.  Q4 is the strongest quarter seasonally, so expect another record revenue and income statement.  Gross margins also are expected to increase, and when combined with the higher demand we should see some truly astounding numbers three months from now.   We also must take into account the current issues that its primary competitor is having at this time.  Llano yields are still poor for AMD and GLOBALFOUNDRIES.  While this processor could provide a nice boost for AMD, they simply cannot deliver the quantities of processors that PC and notebook manufacturers are requiring to launch a product line.  While yields are slowly improving, it will not be until January when AMD releases the next generation Trinity processor that they expect to see a bump in production and capabilities.  According to industry sources, Trinity does not appear to have the yield issues of Llano, which is one of many reasons why AMD is really pushing to get this processor out ASAP. 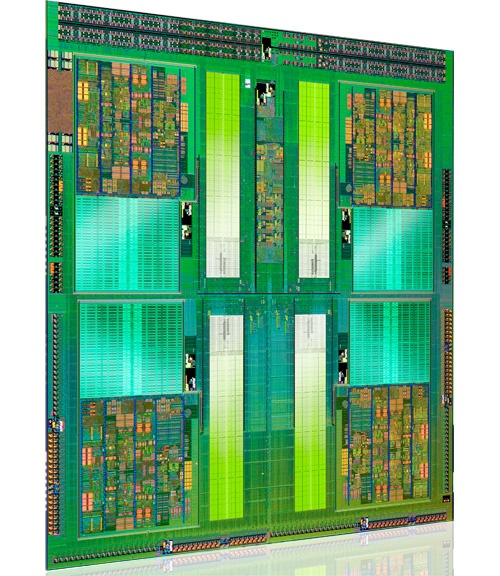 Intel has little to worry about from this "little" guy.  Bulldozer is larger, hotter, and slower than the current top end Sandy Bridge.  And relatively unavailable to boot.

The Bulldozer launch from AMD is another area that originally might have caused Intel to sweat a bit, but the performance results and TDP of these new series of desktop processors leave much to be desired.  The current Sandy Bridge chips still beat out Bulldozer, and come in at 2/3 of the size.  This is a clear win for Intel on the desktop side.  We still do not know how well Bulldozer performs in a server environment with those kinds of workloads.  AMD has been shipping Interlagos (dual Bulldozer die on a single substrate) processors to a handful of their partners, but we have yet to see systems based on these products hit the market.  Apparently Cray is buying the majority of these chips so they can build a new handful of super computers for several major customers.  Until we get some solid numbers from 3rd party reports, we really do not know how well Bulldozer will do in this very profitable market.

For the next quarter Intel has very little to worry about from their primary competitor.  It is quite likely that Intel is far more worried about the upward creep of ARM based processors intruding into areas that previously were controlled by Intel.  With products like the Eee-Pad Transformer from Asus, the improvements being made to the Google operating systems on a near quarterly basis, and the greatly increased competition from all the different ARM licensees, we should begin to see even more pressure on Intel on the low end from ARM.  AMD is also looking to introduce 28 nm Bobcat based products in late Q1 2012.

Until AMD can provide stiff competition to Intel from top to bottom, we should again see Intel have very good quarters for at least the next year.  They could receive some decent competition in notebooks if Trinity is delivered in the expected timeframe with next generation performance in both CPU and graphics.  All indications point to this actually being a good product and much more in line with the expectations of the architecture in general.  AMD is also pushing to release the desktop version of the updated Piledriver core in late Q2, early Q3 of 2012.  Until these products are actually available in appreciable quantities, Intel should have no problem retaining, and possibly expanding, their marketshare in all major categories sans low power/netbook/tablet. 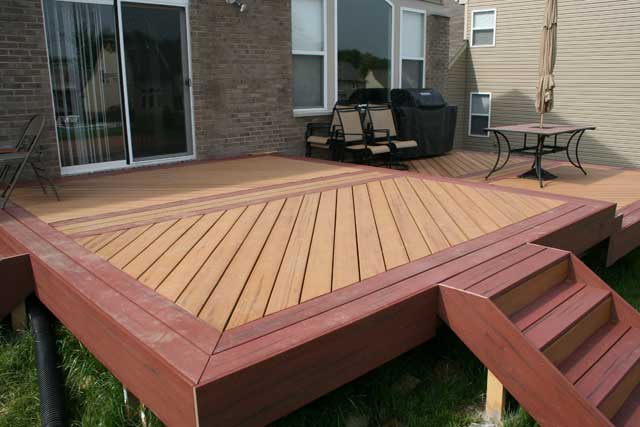