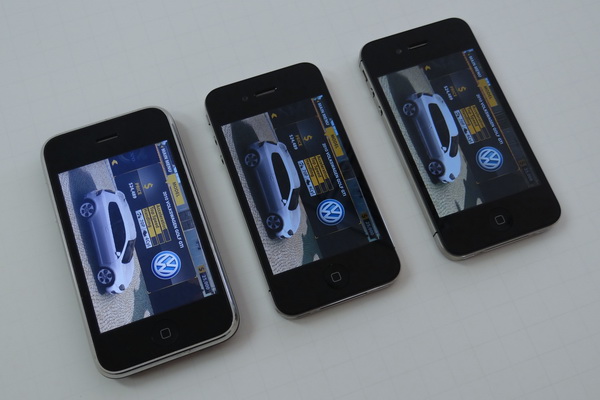 We do some comparative testing between the power consumption of the iPhone 3GS, 4 and 4S to see what is going on…

While I’m mostly a PC guy, I favor iPhones. My friends always jab at me because I’m a fairly die-hard techie, and they expect me to be sporting the latest overclocked super-smartphone with eleventy-thousand gigs and a built-in dishwasher. While my phone used to be included in the list of things I tinker with endlessly, I eventually came to the point where I just wanted my smallest mobile device to ‘Just Work’ for those tasks I needed it to. I just didn’t have the time to tinker endlessly with the thing that handled more and more of my work-related duties, yet as a techie, I still enjoyed the ability to cram a bunch of functionality into my pocket. That led me to the iPhone, which I’ve used since 2008.

Like many iPhone users, I’ve upgraded through the various iterations over the years. The original, 3G, 3GS, 4, and most recently the 4S. I’ve also witnessed nearly every iteration of Apple’s iOS (including many of the betas). Throughout all of these, I feel Apple did their best to prevent new versions from breaking application functionality, and while they did their best to keep bugs under control, every so often a few would creep in – typically with cross-compatibility of new features that could only be tested in a limited capacity before being released into the wild.

Apple’s iPhone 4S introduced some added features to their line-up – enough to get me to bite the bullet earlier than I typically do. I was a bit of an iOS 5 veteran by then, as I’d been using it to test applications for a developer friend of mine. While some of the iOS 5 betas were a bit unruly in the battery life category, those problems appeared to be sorted out by the last and final beta prior to release. With my reservations against the new OS put to rest, the only thing holding me back was the possibility of the new dual core CPU drawing more power than the iPhone 4. The iFixit teardown (which revealed a higher capacity battery – presumably to counter power draw of the additional CPU), coupled with the improved camera and witnessing the endless toying around with Siri finally got me to bite the bullet. 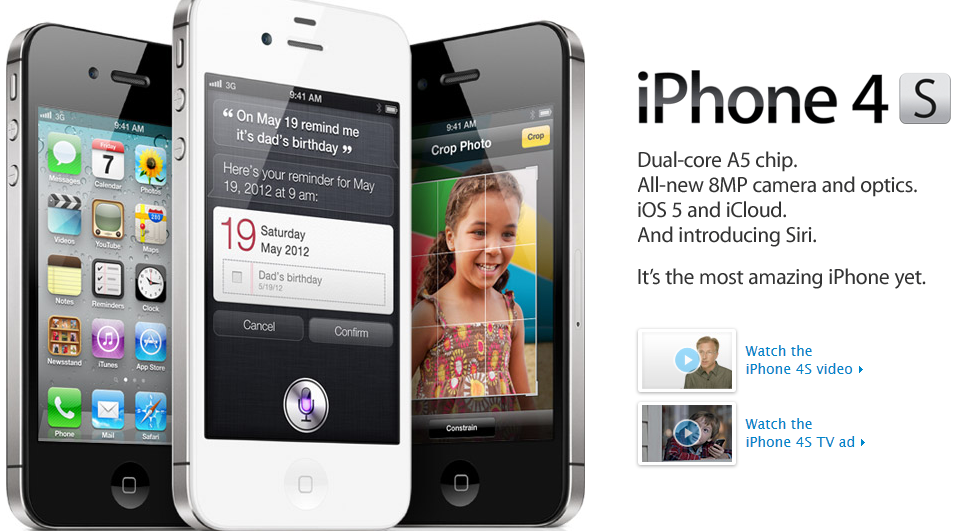 I picked up a 4S from my local Apple Store, restored from the backup of my 4, and off I went. I enjoyed the phone for a few days, but quickly realized there was some sort of issue with battery life. The most glaring indicator was one night where I forgot to plug the 4S in before bed. The next morning I was surprised to find that nearly 40% of the charge was lost while I slept – almost enough to completely shut down the phone (and failing to wake me with the alarm I’d gleefully set via Siri the night before).

Feeling this was definitely an issue, I Googled around looking for others who might have shared my observation, and stumbled upon a thread titled "iPhone 4S battery life?" over at the Apple support forums. In this thread (as well as many others elsewhere on the web), users reported every possible cause and fix, many recycled from known fixes for prior iOS versions. Each day after the launch of the 4S resulted in greater masses of 4S owners adding their complaints, causing the thread to balloon to over 100 pages within the two weeks of the 4S’s release. As of this writing, it stands at 151 pages (over 1,500 posts). I spent some time following several of these threads while narrowing down the cause of my own 4S’s battery drain. A tweak to my email settings and turning off some unnecessary location services had me sorted out – well, almost. It was better, but it just didn’t seem as good as my old iPhone 4. I grew to suspect there were not only several bugs, but several *issues* at hand.

The ‘major’ issue is a bug which prevents the iPhone from truly entering standby mode. Some rogue process or thread continues running even with the screen off, resulting in a drop of 10-20% / hour. For this there was no common ‘fix’ that applied to everyone, as there appears to be several potential causes, all of which effect users differently based on their configuration. To make matters worse, some iterations of the bug(s) are intermittent in nature, adding to the forum confusion. Users would post that they had licked the issue, only to come back later and say it had returned. Dozens (if not hundreds) of posts were from users who had brought their 4S *back* to the Apple store or other vendor, getting a replacement. Some even did this multiple times. In nearly all of these cases, it did not solve the issue – even when starting ‘fresh’ and without restoring all of their old settings from the previous phone, something that was installed or configured would trigger the issue once again. This was a fairly clear indicator that the issue at hand was similar to what I saw with a few of the iOS 5 beta builds (and in fact very similar to what many iPhone 3GS and 4 users saw with the release of iOS 4.3 – a standby drain issue that went largely unresolved until 4.3.2).

Now I’m going to disappoint a few readers here – this article is *not* going to give you a magical solution to the ‘major’ battery drain issues. The best I can do there is recommend a few possible things that *might* work for you. If they don’t, you’re just going to have to wait for Apple to push out the next build of iOS 5 – we definitely know they are working on it. What I *am* here to address, however, is what I have discovered to be an additional (possibly hardware) issue with the iPhone 4S, which is further complicating matters for those trying to determine if they have solved their particular issue, or if more workarounds are needed.

The ‘minor’ issue is related to the standby battery drain of the 4S, especially in comparison with the 4. Apple’s own specs for the 4S rate it for 200 hours of standby time. This is down from the 4’s rating of 300 hours. Those used to their iPhone 4 losing only a couple percent overnight are seeing their 4S drop nearly 2-3x as fast, leading them to believe they still have the issue when there may be nothing wrong at all. Feeling the urge to return my own 4S (for a refund – so I could go back to my more battery miserly 4), I decided to run an experiment this past weekend. I needed to compare the phones on as level of a playing field as possible as to get some real answers. I now submit those answers for your approval.

I had the following on hand for testing:

All three phones were flashed (or re-flashed) to iOS 5. The following baseline was set as to keep the test as battery-centric as possible:

Every single step here (above and below) was performed simultaneously (or within a couple of seconds of eachother), to keep things as level as possible. These last few steps prepped the phones for testing:

Now for the test sequence. Note: Background tasks were never closed or ended at any point during testing. Again, all three phones followed this exact sequence simultaneously: 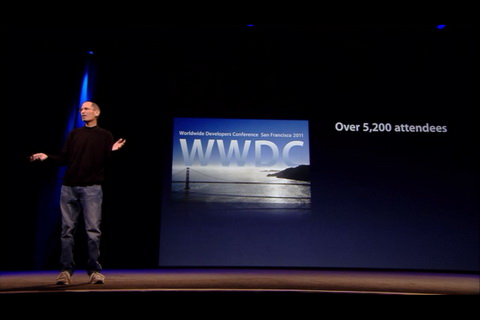 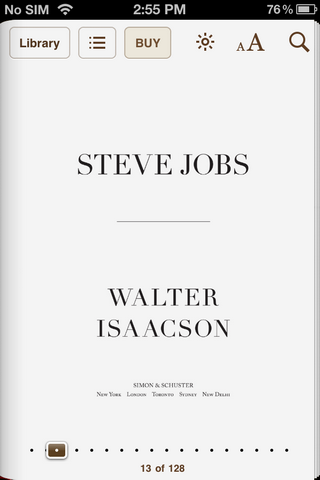 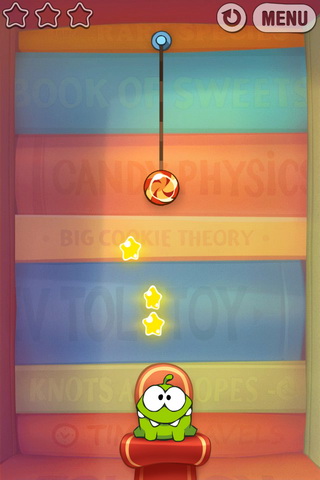 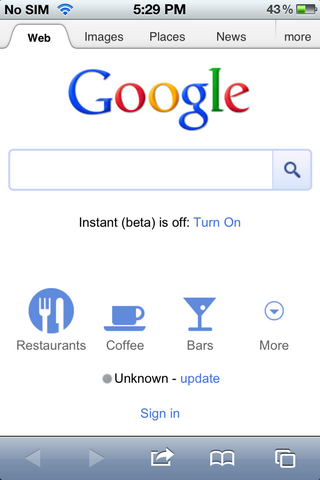 (nothing to see here) 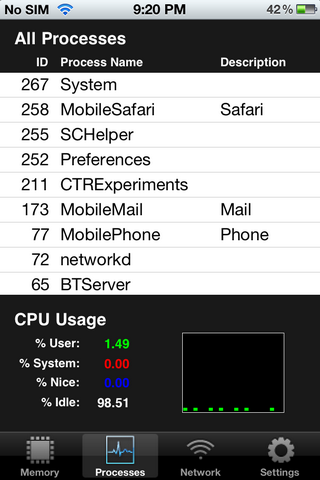 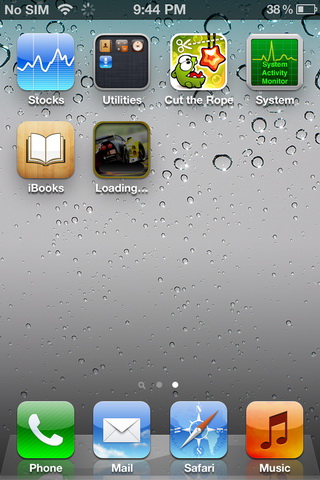 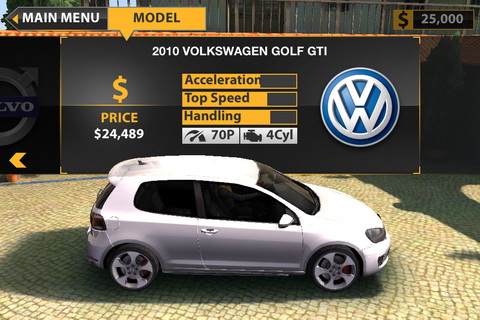 Battery status was logged at 15 minute intervals (except for Standby, which was ‘blind’). First the results, then the analysis: 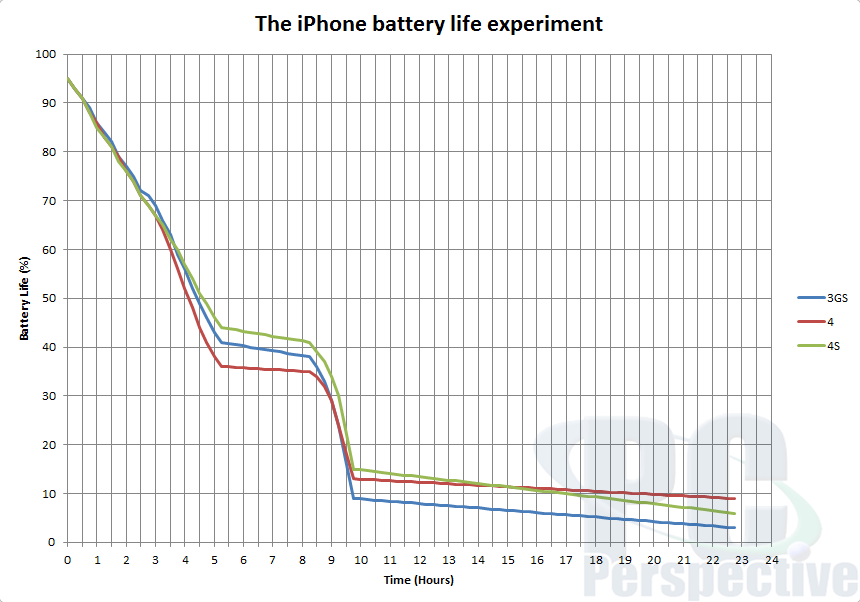 Last, but certainly not least, is standby use. In both standby events, we see the 4 has a clear advantage over the 3GS. Apple did some great work optimizing the A4 CPU when developing the iPhone 4, and I suspect this optimization got folks used to their phone losing a negligible bit of battery during periods of extended standby. The 3GS wasn’t too bad on its own, but in practice not as good as the 4. This leaves the 4S, which appears to be falling prey to that baggage of the additional CPU, as well as any additional power draw introduced by the shift to the A5 core. Remember, the A5 is lifted from the iPad 2 which is powered by a battery of nearly 5x the capacity (25 Whr vs. 5.3 Whr of the 4S). Apple did what they could to make the A5 sip juice for the 4S, but you can only gain so much by underclocking a pair of CPUs, inevitably forcing Apple to de-rate the 4S to 200 hours of standby time. Let’s do some math with the standby times from our test:

What’s troubling is the 4S fell considerably short of its 200 hour standby rating, even despite this test being very close to ‘best case’. All notifications, events, and location services were disabled. The phones were not hunting for a network or dealing with weak signals. My wifi configuration precisely mirrored Apple’s own testing procedure. The phones were loaded with an extremely minimalist set of apps, content, and settings – much less than even the ‘simplest’ user would endure with such a feature-packed device. Just a few extra push notification apps, push / fetch email, and location based reminders would only further reduce standby times. The 4S running with my own personal configuration (minimal notifications, manual fetch email, Siri ‘Raise to Speak’ disabled, no ‘major’ drain issues) drops at ~2% per hour. That same exact configuration restored to the iPhone 4 drops 2-3% *overnight*. 2% per hour translates to a phone that goes from fully charged to completely dead in only 2 days time with zero actual use!

This should help to explain or at least clarify some of the ‘minor’ standby time questions folks may have before or after their next iPhone purchase. It was my hope to conduct an analytical test to help reduce some of the confusion out there with respect to folks diagnosing their own drain issues. Most importantly, my reason for doing this test was to determine if I could hold out for Apple to make further bug fixes and optimizations, and that my own 4S was not physically defective and in need of return. Current iPhone 4S owners who are concerned with their reduced standby times should consider all of these points *prior* to going through the heartache of exchanging a phone that might have already been doing the best it could under the current version of iOS 5.

It’s probably a safe bet that Apple’s engineers will successfully squash the bugs that are causing those major battery drain issues with iOS 5. Once those are sorted, I suspect iPhone 4S owners will expect to see further optimizations to extend ‘normal’ standby time to something more in-line with the advertised specification. The question remains – will Apple deliver?