Something nice was dropped off at the house today, and I thought I would share.

How long has it been since I last saw a passive midrange video card?  Well, I would guess it would be in 2007 with the Gigabyte 8600 GTS Silent Pipe. 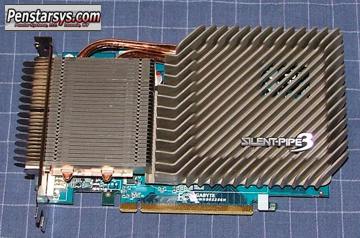 Don’t worry, I have permission from the owner of that site to use this picture.

Read more about this delivery here.

Sure, there have been quite a few passive cards in the sub-$100 range, but we are usually dealing with much smaller chips running at slower speeds.  So power draw and dissipation are much lower than the midrange cards that go for $100 and up.  Just recently Gigabyte released another HD 6770 with passive cooling, and the pedigree is pretty obvious when looking at that cooler. 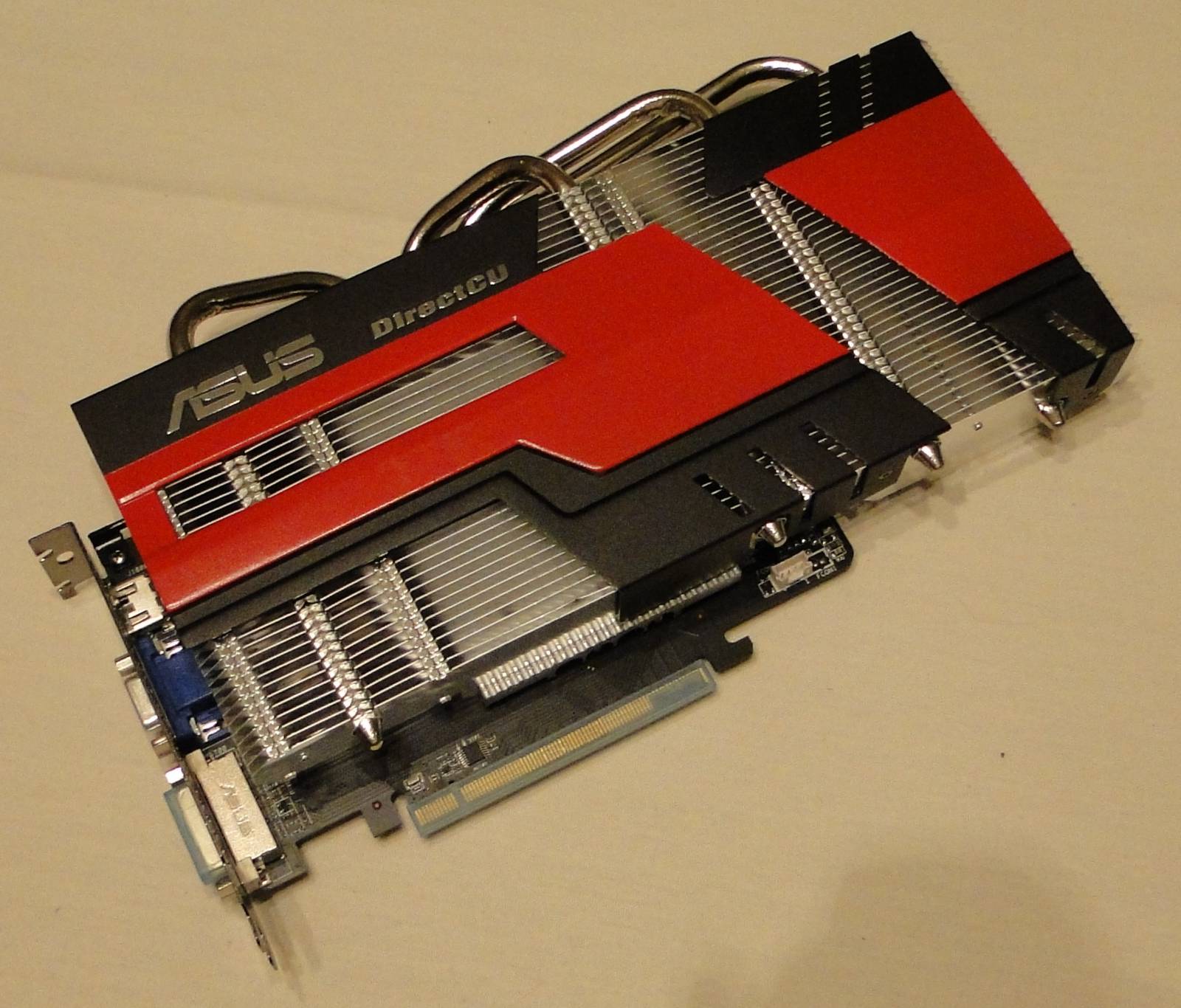 The cooler looks big, but not that massive…

Not to be outdone, Asus has delivered their own silent HD 6770 solution.  The DirectCU Silent uses a brand new (and huge) cooler to deliver chip temperatures as low as 25C with airflow coming from case fans that are mounted near the front in most setups.  This card is not overclocked, but it does promise silent operation.  The HD 6770 is essentially a rebranded HD 5770, which I was pretty high on over a year ago.  It might not push RAGE (cough, cough), but it should be adequate for most gaming needs. 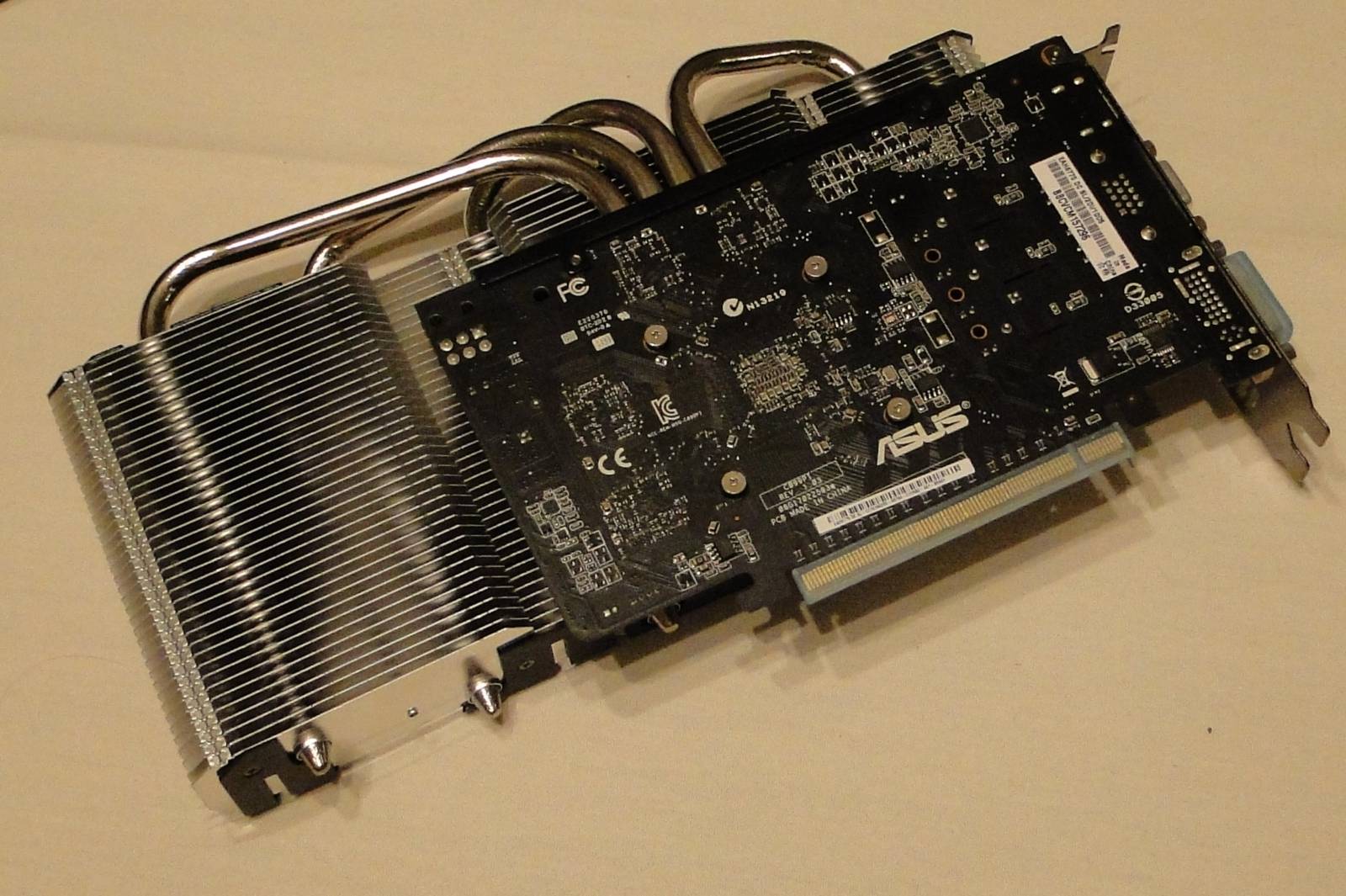 Oh, that’s the actual card compared to the surrounding cooler?

Someone was asking me the other day if I thought passive cooling was useless, and it took me a few minutes to think if it was or not.  In this day and age, most coolers on midrange cards are pretty quiet, with decent airflow, and typically do not wear out anytime soon.  But as I sit in my office and pay attention to the constant hum that surrounds me due to multiple video cards, I can see the appeal of a truly silent solution. 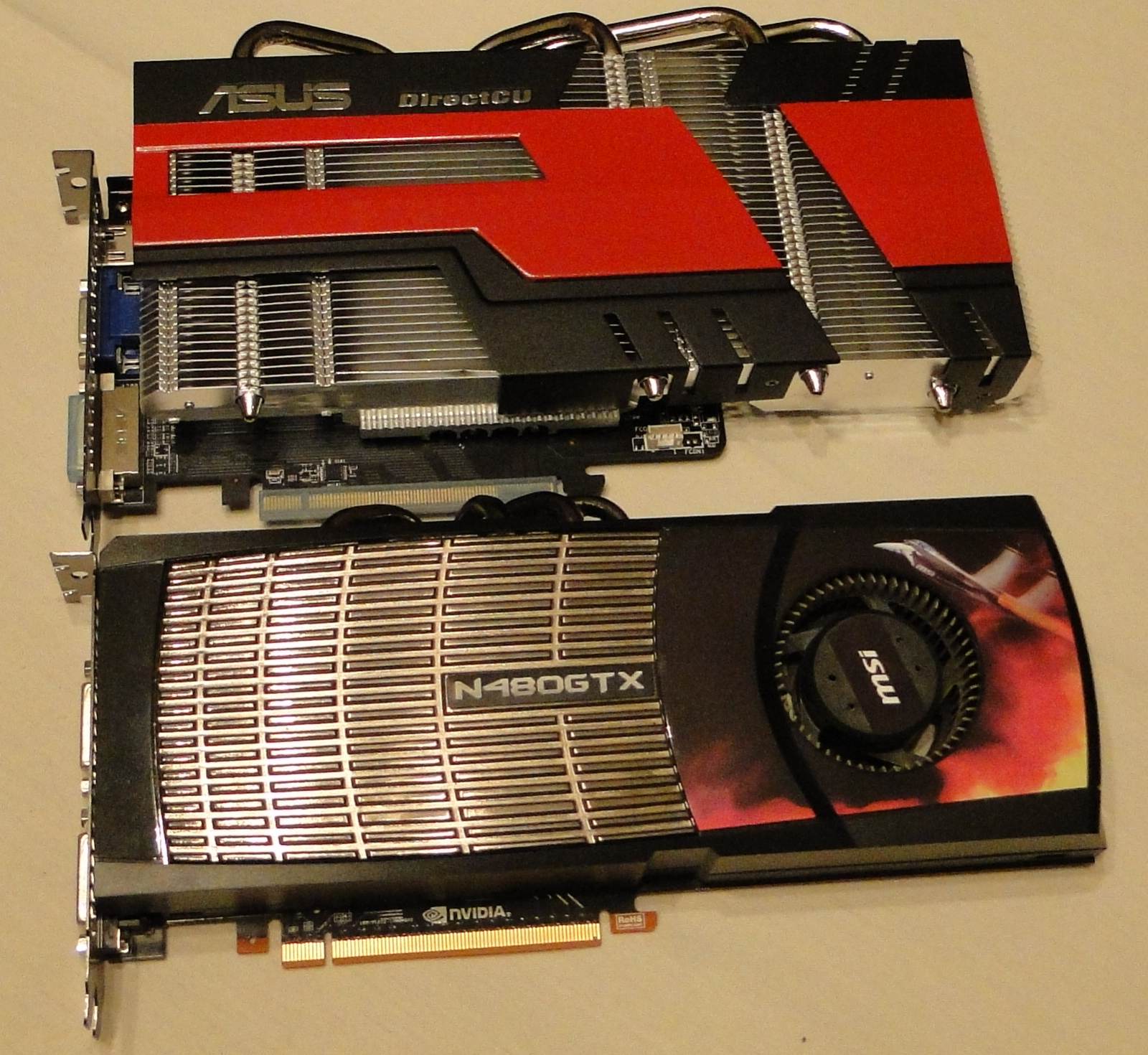 Now we see the size of the card and cooler as compared to a standard 480 GTX.

Admitedly, the clientelle looking for this particular product is not in the mainstream, and they are likely not even a large group.  But this is not to say that they do not exist, or that their numbers are so low as to make such a video card economically unsound for the manufacturer.

Further review of this product will be provided in the near future.