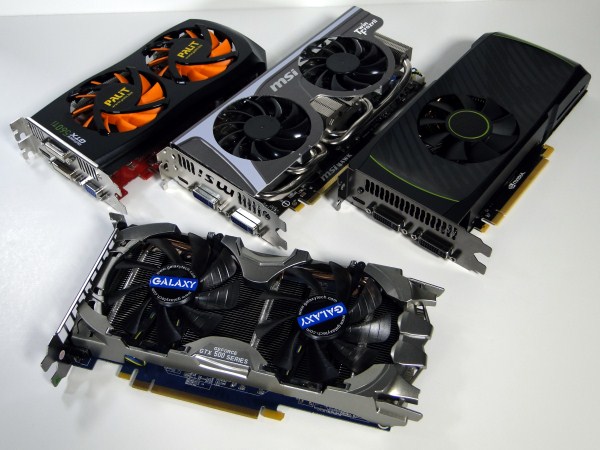 A rumor that I read over at Guru3D seems to think that the GeForce GTX 560 Ti, a card that has been very successful in the ~$230 graphics market, might be getting an upgrade just in time for the pending holiday buying season.  According to the report, the new version would move from the current 384 CUDA core count to 448 cores, essentially adding another full SM (symmetric multiprocessor) to the GPU.

Here are the reports other details:

It features 14 active SMs, which include 448 SP / CUDA Cores and 56 TMUs; 320-bit memory and 40 ROPs – a very similar configuration to the old GTX 470. Along with increased performance, power consumption is expected to rise over the 384 SP GTX 560 Ti. A benefit to using GF110 means the revised 560 Ti will feature 2 x SLI connectors, enabling 3-way SLI.

While I believe this part could definitely exist, I wouldn’t think NVIDIA would simply remove the current GTX 560 Ti and replace it; instead I would imagine the company would go for the "GTX 565" route, or something similar to it.  Maybe a GTX 560 Ultra.  Either way, a new card that would fit in to the price slot somewhere between the GTX 560 Ti ($230) and the GTX 570 ($340) would be a welcome addition, especially with games like Battlefield 3 and Skyrim set to take advantage of that horsepower.