Ubuntu 11.10 released today, try it in your browser 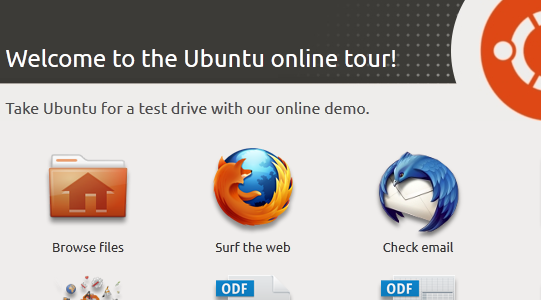 If you are one of the millions of people who have used Linux — and realized it — then you are probably well aware of Ubuntu. Ubuntu has been around since 2004 and has captured an estimated 50% of Linux desktop installations. Ubuntu is financially supported through purchasing technical support from its parent company, Canonical. Today Canonical has released their 15th version of Ubuntu, 11.10 Oneiric Ocelot, into the wild; feel free (literally) to try it out.

Excuse me, waiter: You got Firefox in my Firefox.

One of the largest contributing factors to Ubuntu’s success has historically been the ease of testing without installing and the ease to install when you are won over. You currently have the choice between using a Live CD to boot directly into Ubuntu from, using Wubi to run from a Windows in virtualization, and recently browse the interface from an in-browser mockup. The Javascript-based application mimics the Ubuntu desktop and allows you to play around with various windows including spawning a fake web browser and email client each capable of being dragged and dropped within the browser.  Play around and you might fall in love; fittingly, money cannot buy either.