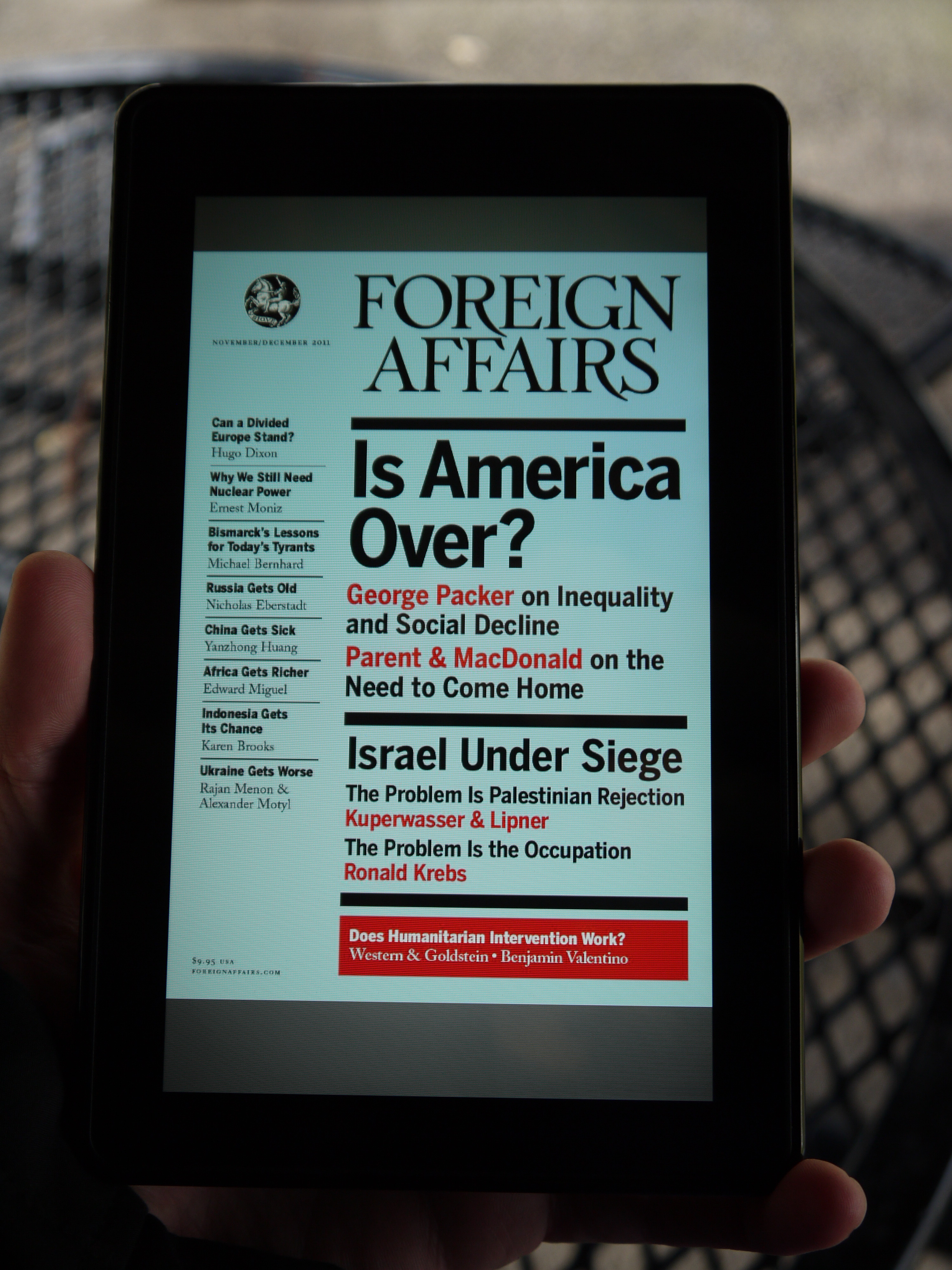 While Amazon may not have spent any money on luxurious design, they’ve spent money where it counts the most. As such, this budget-priced tablet comes equipped with a solid IPS display sporting a resolution of 1024×600, which is typical for a 7” tablet. Test images revealed that it offers excellent contrast and relatively deep black levels. It’s definitely an above-average panel, not only for a tablet, but also for electronics in general. I would be over-joyed to find inexpensive laptops shipping with display performance on par with this $200 tablet.

The only notable issue is a somewhat dim backlight that, in certain situations, fails to overcome the glossy panel. Unlike a Kindle eReader, which is designed to work in many lighting conditions, the Fire tablet is most at home indoors. Attempting to read books or browse the web while outdoors means you’ll be on the hunt for shadows, as using the device in direct sunlight is miserable. 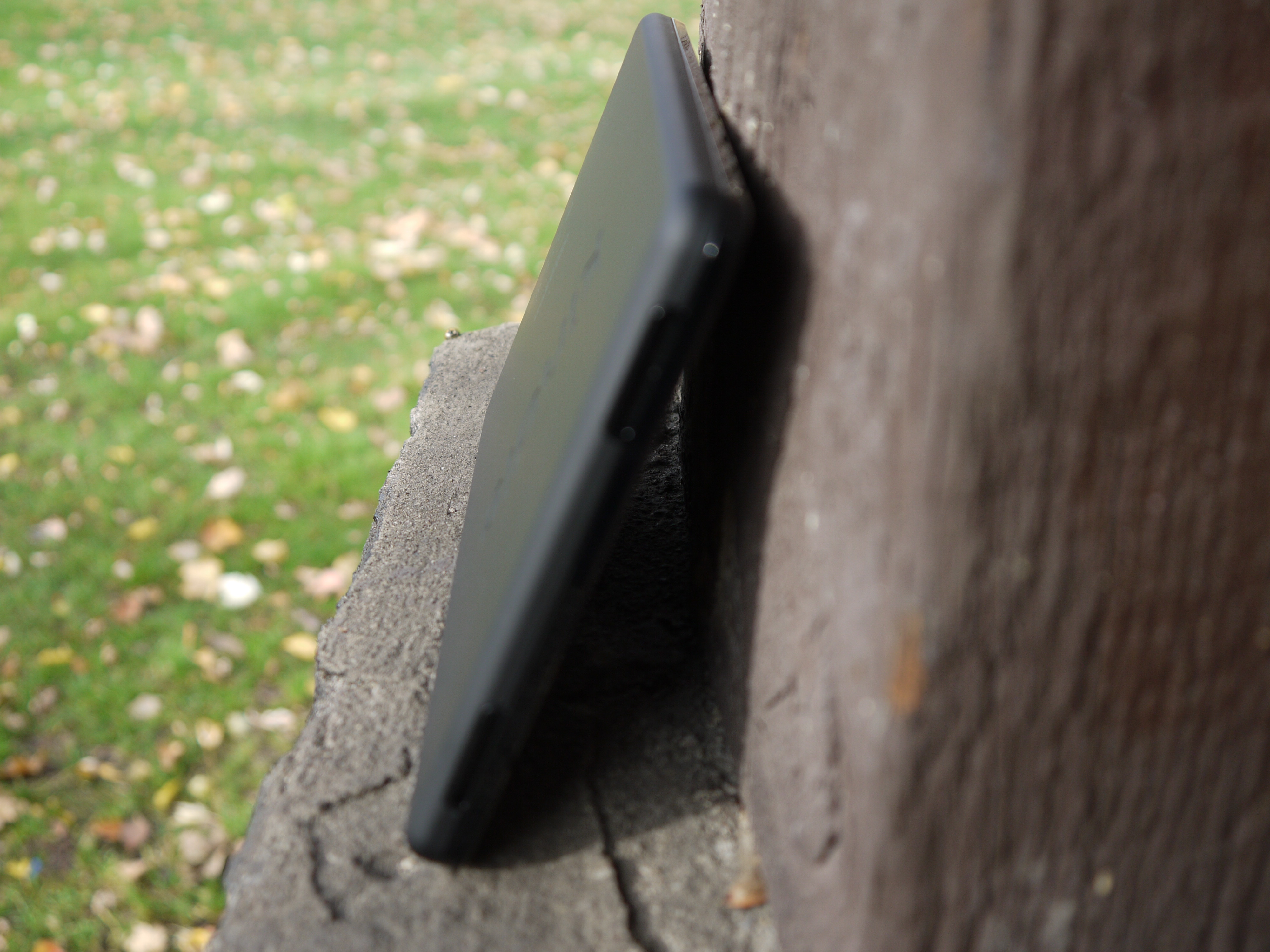 Sound comes courtesy of two speaker ports located at what is the “top” of the device, when held in portrait mode. This location is a bit unusual, because when the device is in landscape mode, it’s very likely one of your hands will cover one or both of the speakers.

Quality is good, and the tablet is capable of producing a tiny bit of bass without ear-killing distortion. However, to accomplish this, the maximum volume has been kept low. This means any sound produced by the Fire can be lost in a noisy environment. As with most any tablet, headphones will be a requirement – so it’s a good thing the Fire is actually capable of driving a nice set of cans. Now, if only there was a software equalizer included in Amazon’s music interface. 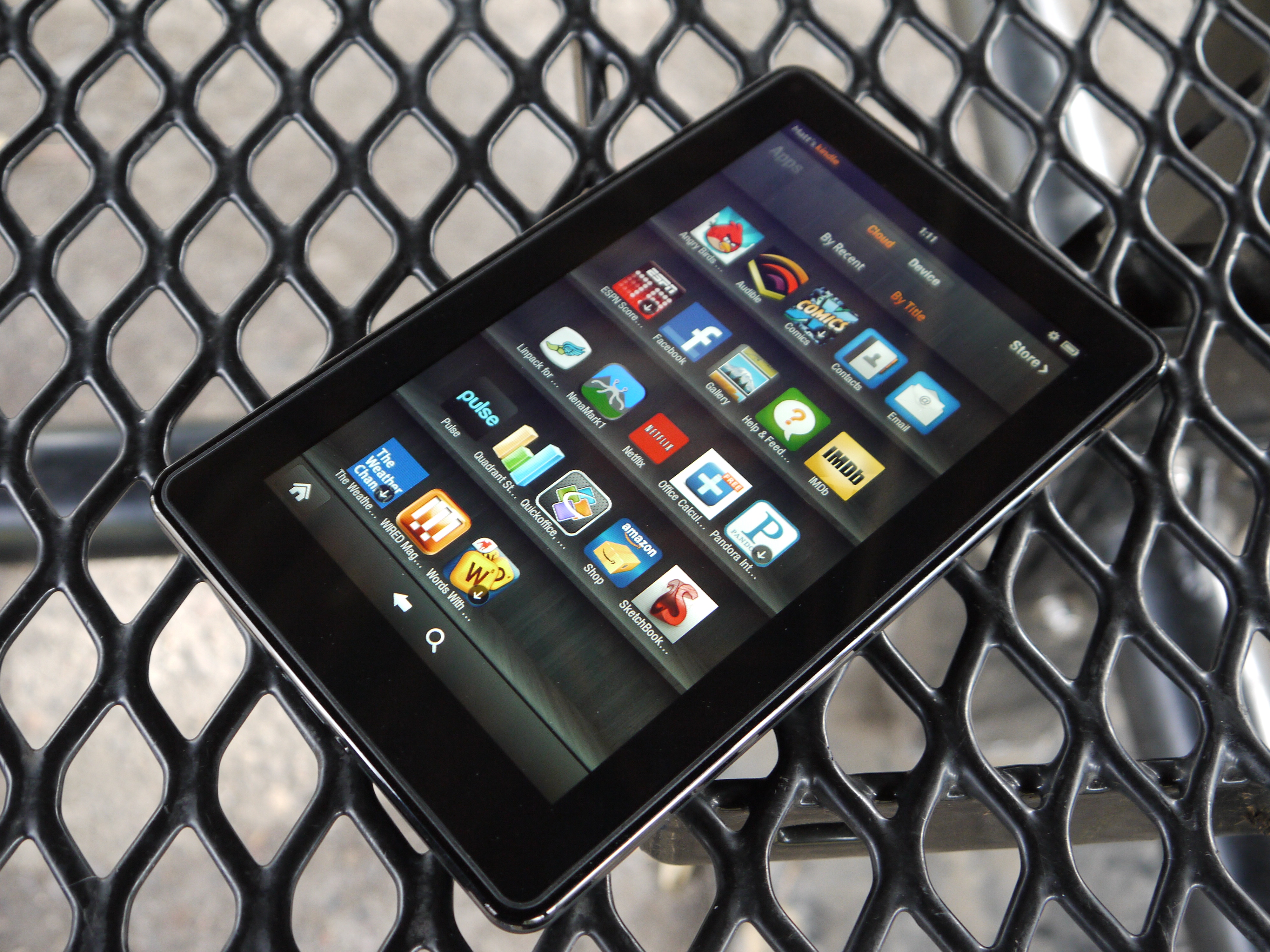 Amazon, despite this new product, is not a software or hardware company. Their previous experience in the arena is limited to the Kindle, a device that is obviously made for the purpose of reading books bought through the Amazon eBook store.

The software installed on the Kindle Fire reflects that. Rather than going with a standard Honeycomb interface, a custom Android 2.3 interface is included. And when I say custom, I do mean it. There’s nothing about it that is similar to what you’ll find on other Android tablets, and all of it is influenced by the only device Amazon has had experience designing – the Kindle.

Most of the normal Android interface buttons such as back and search are gone as a result, but home still remains – as a virtual button, not a physical one. Press it, and you’ll be delivered to the first of many bookshelf-esqe views. The home screen includes a scrollable horizontal display of recently opened items, text links to other views such as “Books” and “Apps,” and a number of favorites icons which are simply shortcut.

While the favorites work fine, I found the scrollable display to be fidgety. It often scrolled further than I had wanted, and in my first attempts to open an item by tapping it, the Fire instead scrolled one further to the left. In order to open an item you have to long-tap it, an action that feels counter intuitive.

Other parts of the interface make more sense. The bookshelf view works predictably well for the Newsstand, Books and Docs sections, and adapts well to the Apps section, but Amazon was not so attached to it that it tried to cram Music and Video into the same. Instead, both of these have their own interfaces, which feature large panels with prominent thumbnails. 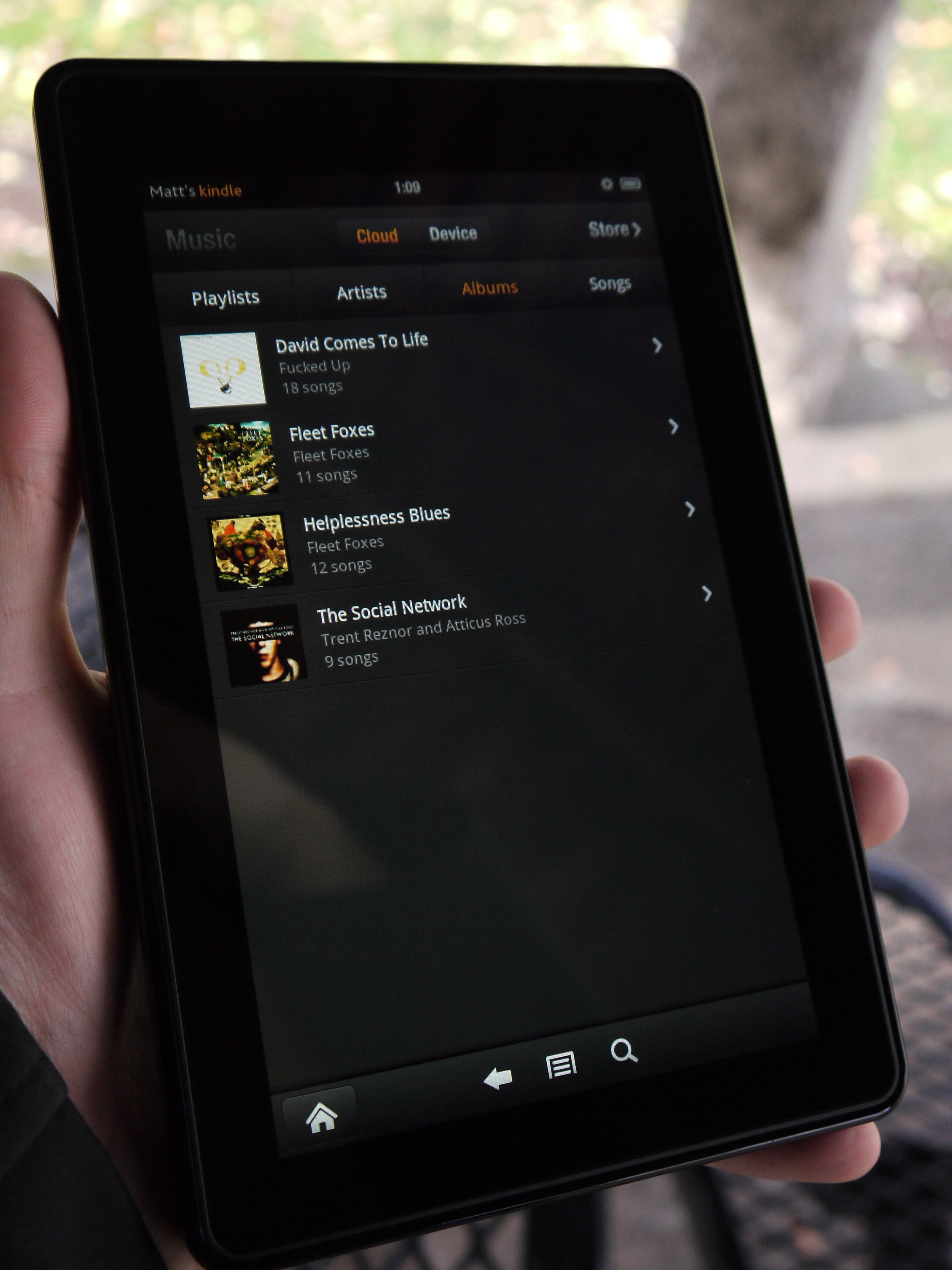 But this doesn’t mean the long-tap strangeness disappears. In both the Video and Apps sections, opening content requires a long-tap, as a short-tap will only scroll. Yet in Music, you don’t have to long-tap anything. Most interface navigation elements don’t require a long-tap, either. I have no idea what criteria Amazon used when deciding what does and does not require a long-tap to open. Nothing about the interface is confusing besides this frustrating decision, which rears its head continuously.

All of the interfaces are of course linked to stores where appropriate, with some being more direct than others. Opening the Video view, for example, immediately presents you with a section of video to stream, buy or rent, while most other areas of the interface have a specific Store area that the user must enter. All of the Store interfaces work well, and connect easily with your Amazon account, but the lack of uniformity between them is off-putting.