This aging benchmark gives a decent overall idea on I/O performance, and if it is working up to spec. 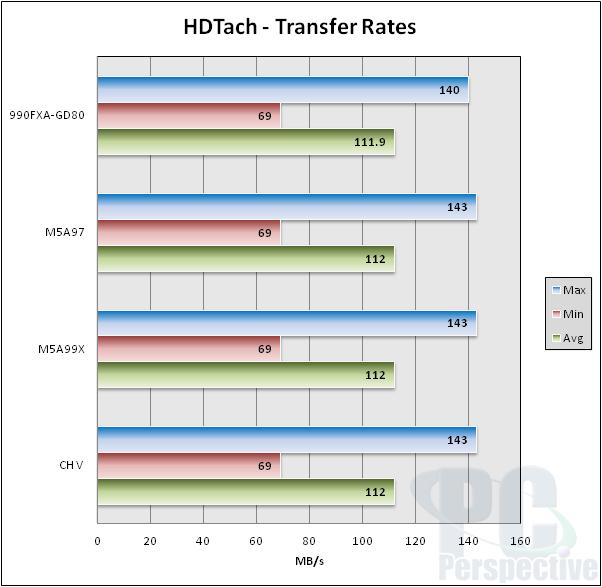 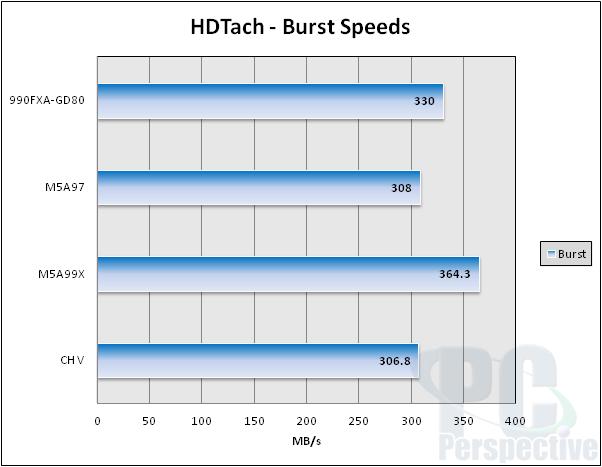 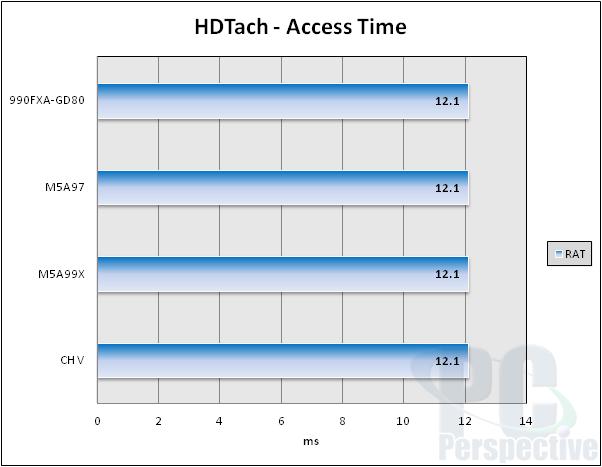 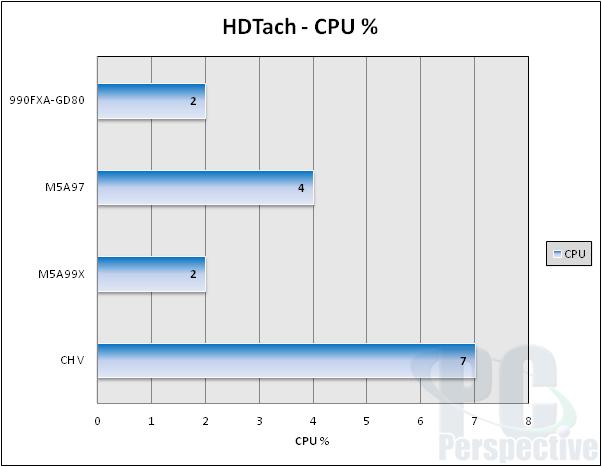 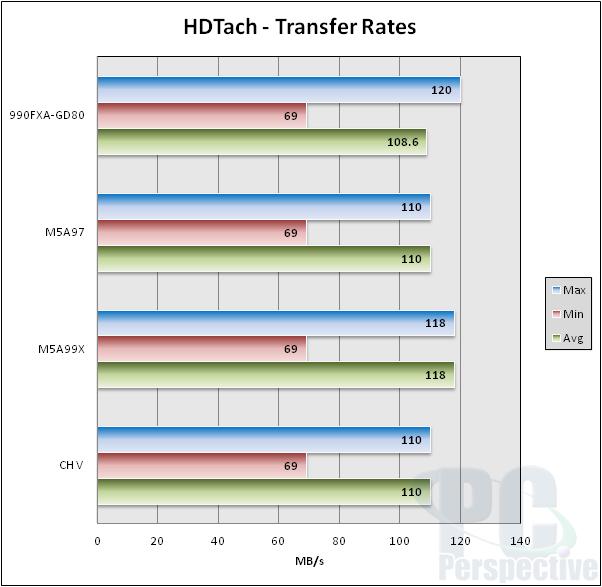 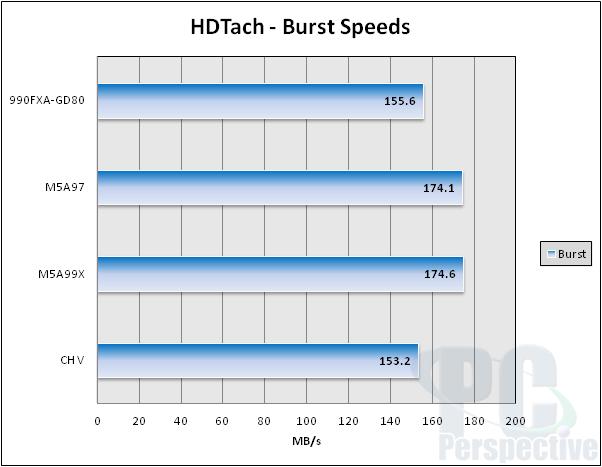 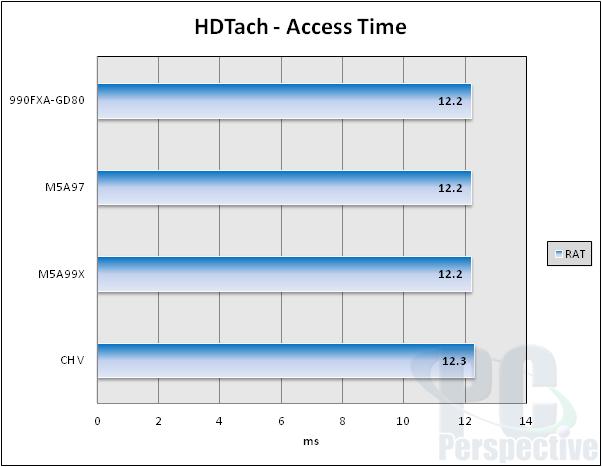 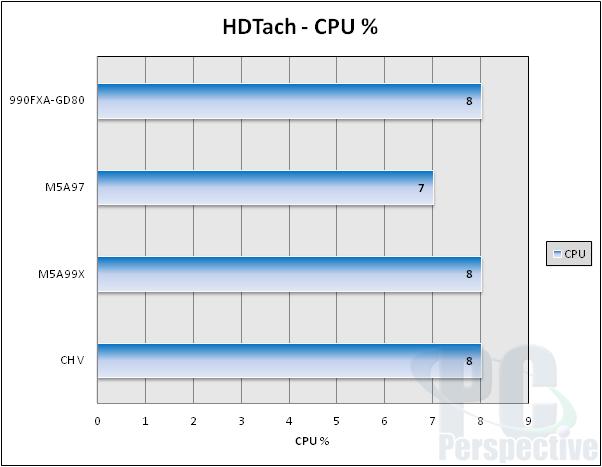 We saw a bit of difference in the SATA 6G results in terms of burst, but in overall average speed they are hitting around the same.  With the USB 3.0 we again see some separation between products, though interestingly enough the Crosshair V is slower than the other two Asus boards in the roundup when it comes to burst speeds. 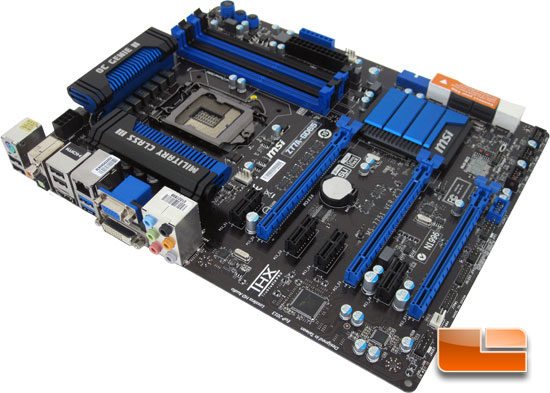