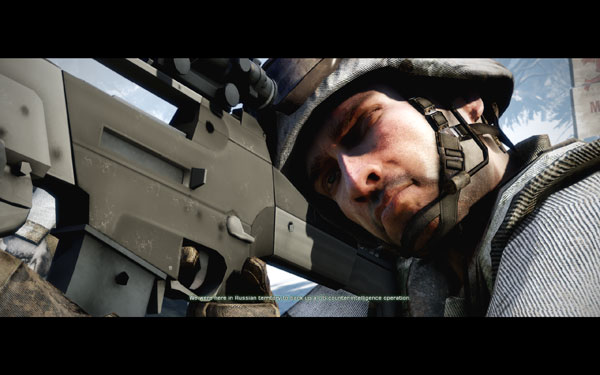 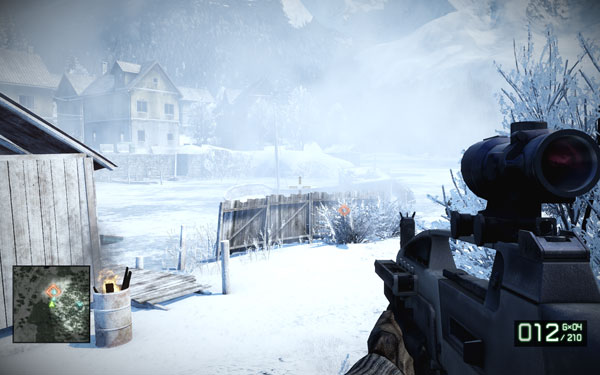 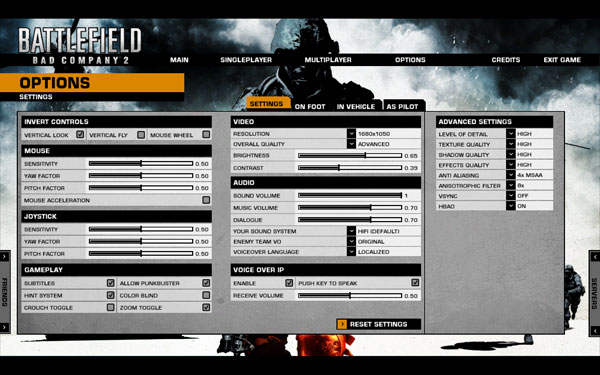 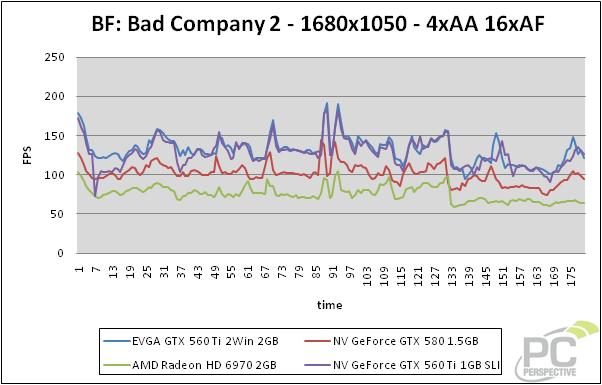 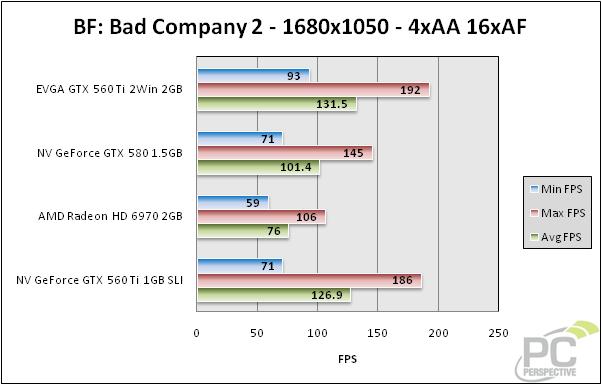 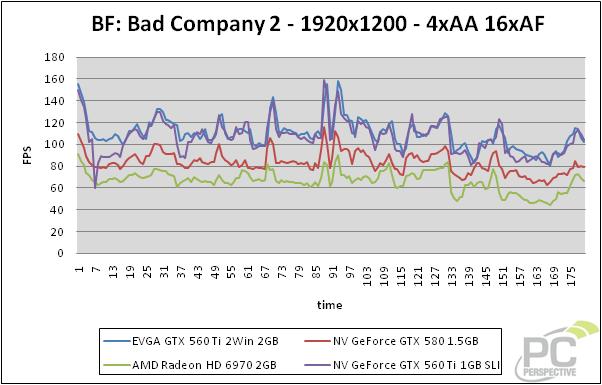 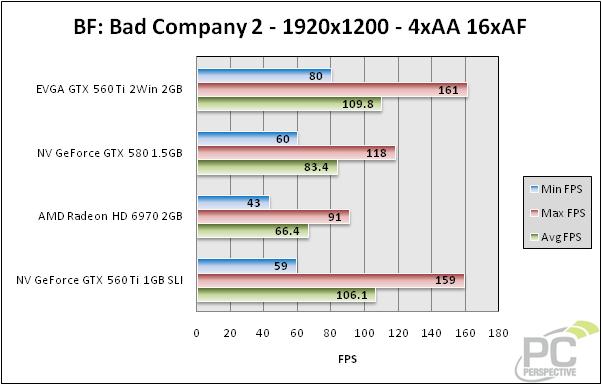 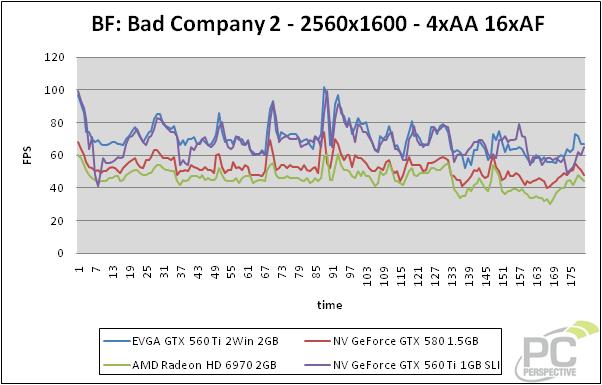 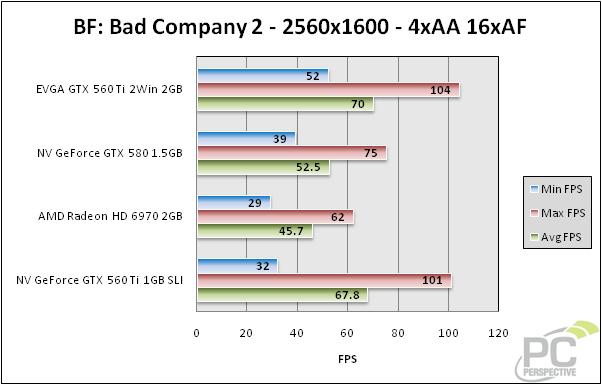 Another good showing for the EVGA card with about 30% performance advantage over the GTX 580 at all three resolutions.