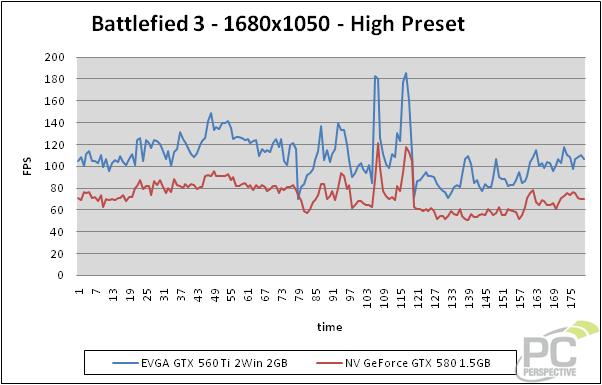 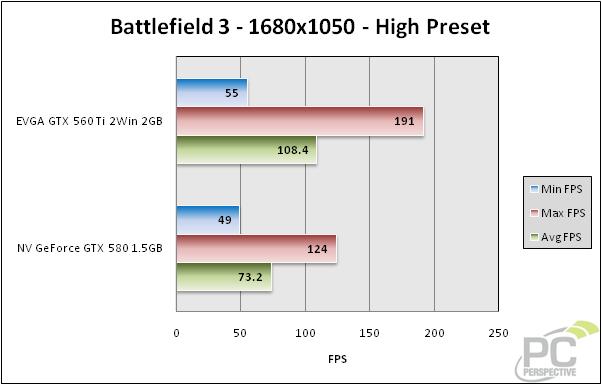 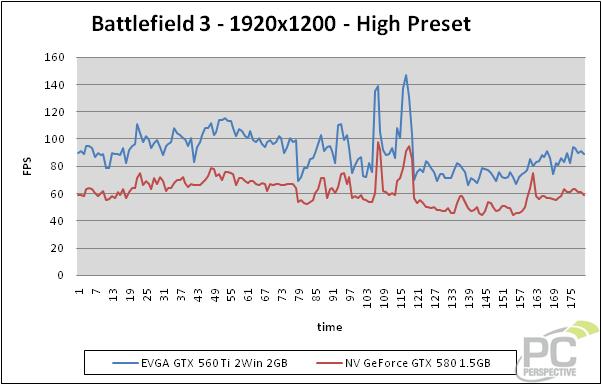 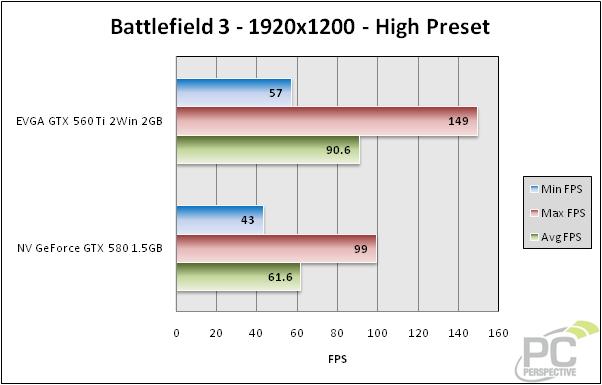 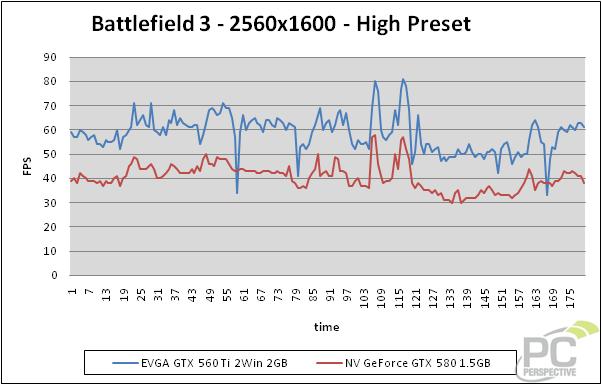 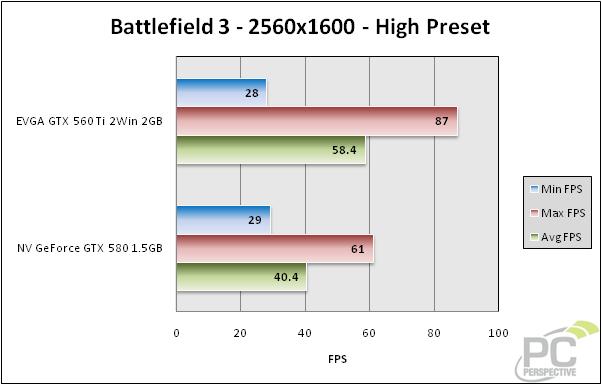 I only had a chance to get our new Battlefield 3 test run on the EVGA GTX 560 Ti 2Win and the reference GTX 580 but the results are interesting; even more so than the graphs indicate.  First, the performance results show a HUGE advantage to the GTX 560 Ti 2Win, as much as 44%!  But what the graphs don’t tell you is that the higher frame rate was not smooth enough to our eyes.  This was the only game that exhibited this behavior which tells me that it is likely a temporary driver bug.  The single GPU GTX 580 was noticeable better for this game even though the frame rates LOOK higher on the EVGA card.

We’ll check back in with EVGA and NVIDIA on this one and let you know – with such a new game and consistently updated drivers we might see this performance result change within a couple weeks. 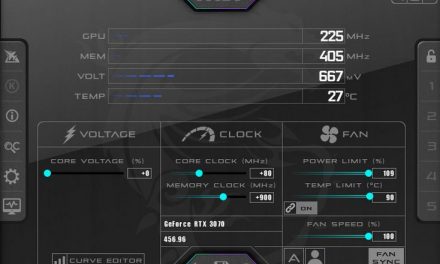 AMD wants to wash your hair, with graphics. What??