“This new GIGABYTE X79 series range of boards are all about giving enthusiasts and professionals unprecedented control over their PC’s hardware,” commented Tim Handley, Deputy Director of Motherboard Marketing at GIGABYTE. “GIGABYTE 3D Power and 3D BIOS give hardcore gamers, extreme overclockers and cutting-edge content creators absolute mastery over every aspect of their PC.”

Intel X79 Platform Highlights
All GIGABYTE X79 series motherboards are designed to get the absolute best performance from the latest 2nd generation Intel Core i7 processors, bringing a number of new enthusiast-class features to Intel’s latest extreme platform. Featuring the new LGA 2011 socket and based on the latest updated micro-architecture, these new processors feature up to six cores with up to 15MB L3 cache and four-channel DDR3 memory. With an unprecedented 40 PCI Express lanes, enthusiast gamers can also enjoy the absolute maximum GPU performance in Multi-GPU SLI and CrossFireX configurations. 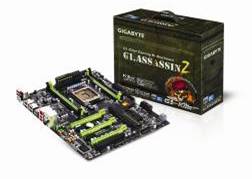 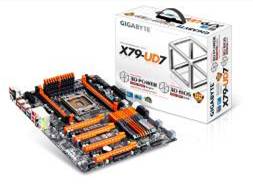 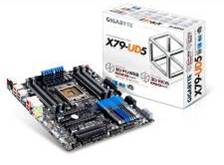 GIGABYTE X79-UD5
The GIGABYTE X79-UD5 motherboard provides the ultimate media processing workstation. Design and Engineering professionals that employ the latest CAD and multimedia creation software will be impressed with eight DDR3 memory slots combined with GIGABYTE’s unique 3D Power design to offer the ultimate platform for memory and CPU intensive workloads. We’ve also included back panel access overclocking via a simple OC button so that you can get an instant boost in performance when needed.

Exclusive GIGABYTE Bluetooth 4.0/Wi-Fi Expansion Card
Bluetooth-Expansion-CardGIGABYTE X79 series motherboards will also include an exclusive PCIe expansion card that offers support for the latest Bluetooth 4.0 and IEEE 802.11 b/g/n Wi-Fi connectivity. The new Bluetooth 4.0 standard includes Smart Ready technology that is debuting on mobile devices including the new Apple iPhone 4s. This means that transferring important content from your smart phone or tablet is easier and faster than ever. 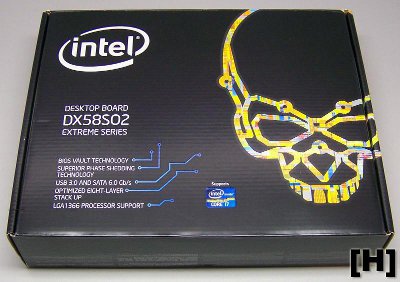