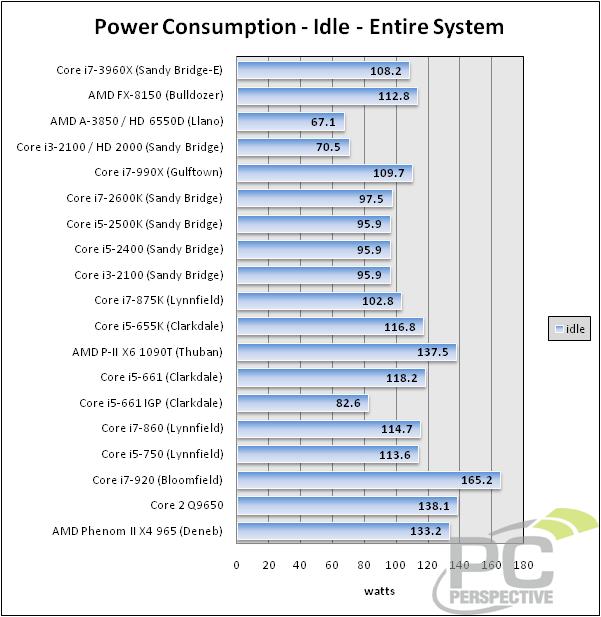 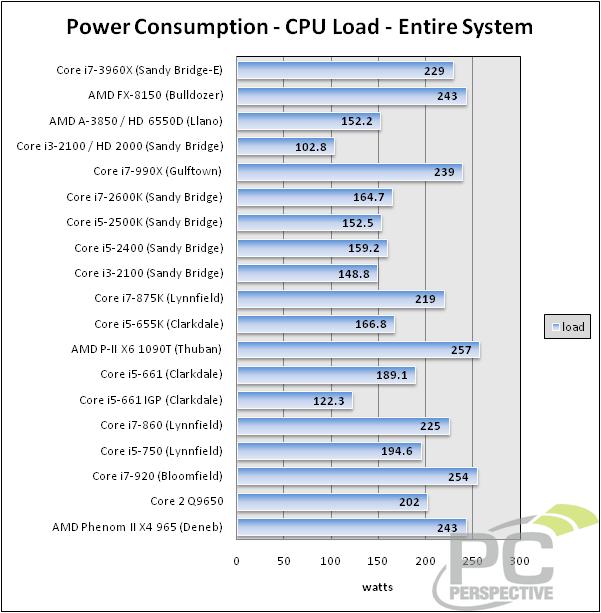 The idle power consumption of the new Sandy Bridge-E processors is right in line with the other 6-core parts based on Nehalem.  Even though the idle speed of this CPU is now 1.2 GHz (as opposed to the 1.6 GHz of the standard SNB parts) we are still drawing an extra 10 watts compared to the Core i7-2600K.  This could be due to the additional memory channels and PCIe interfaces.

The load power consumption on the Core i7-3960X is still quite high, coming in at 229 watts compared to the 165 watts of the Core i7-2600K.  What is perhaps most damning for AMD is that the FX-8150 actually pulls MORE power than the Core i7-3960X yet falls so far behind in performance. 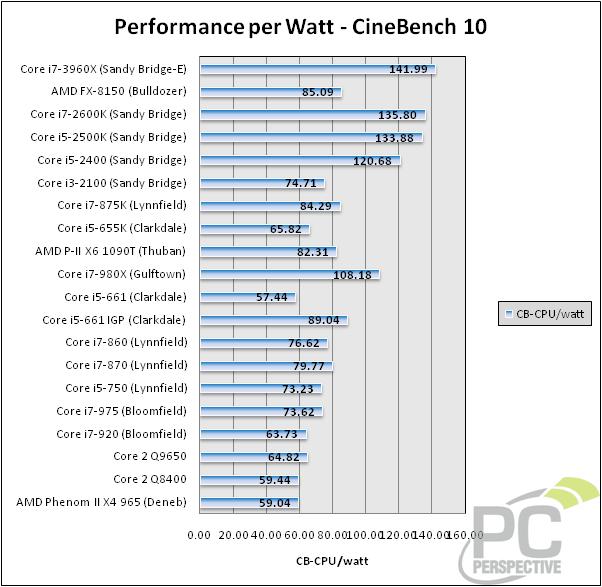 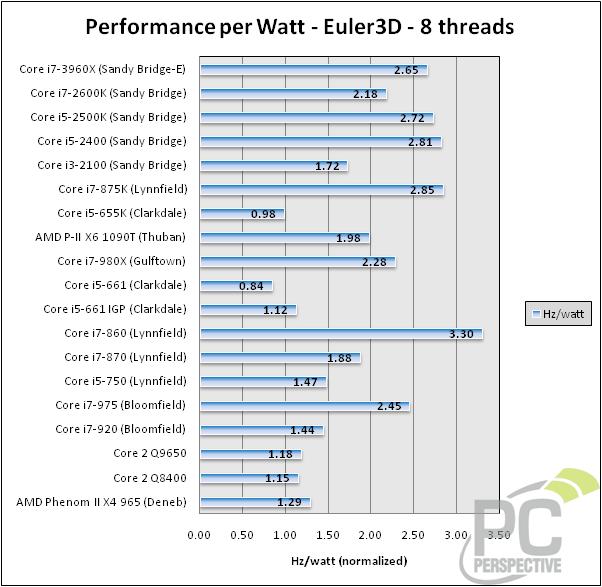 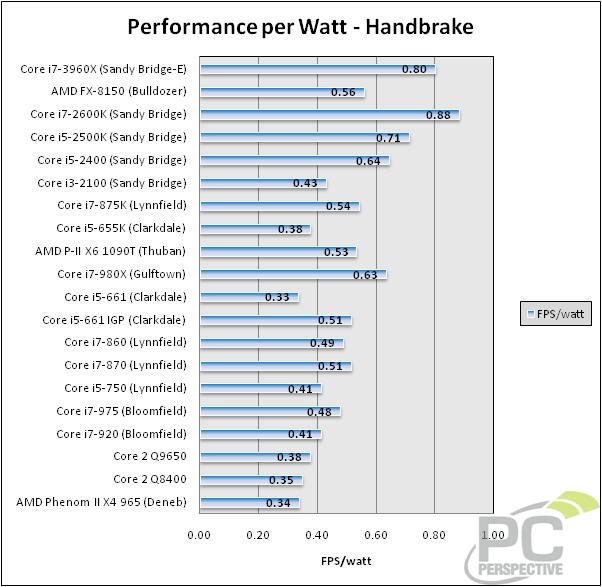 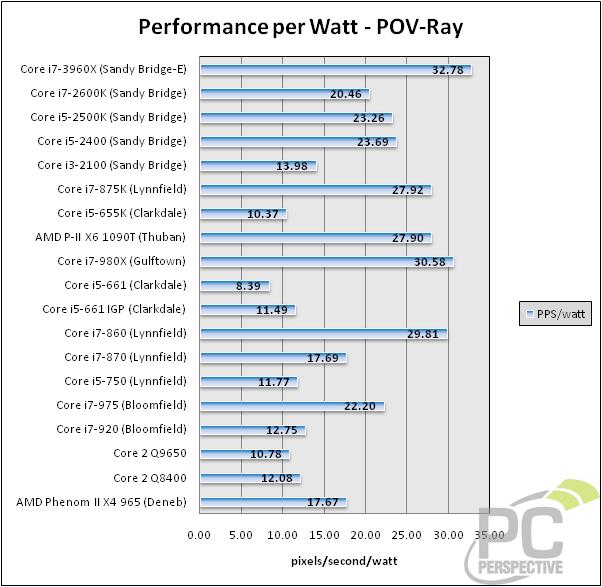 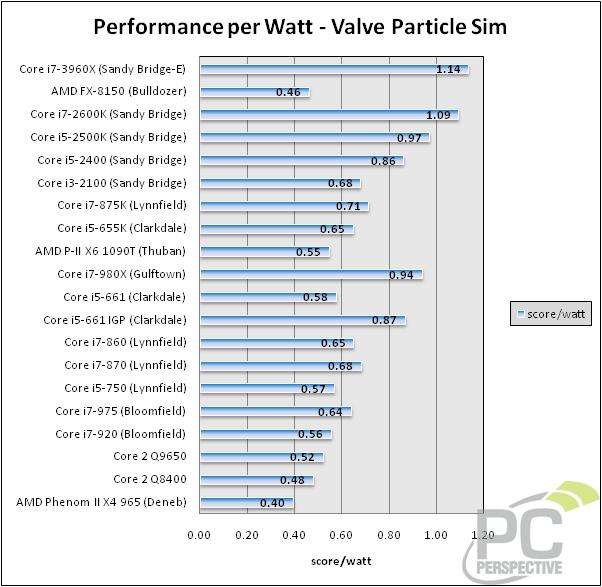 The new Sandy Bridge-E part is surprisingly efficient in terms of performance per watt as it is the outright leader in 3 of our 5 comparisons and is close to the top in other two.  This obviously shows the capability of multi-core processing on tasks that efficiently use multiple threads.  If we had compared the gaming performance per watt of the Core i7-3960X to the Core i7-2600K, the results would show that the additional power use was mostly wasted.