We take a pair of Alienware M17x notebooks for a gaming ride to see how the GeForce GTX 580M and the Radeon HD 6990M compare.

Mobile graphics cards are really a different beast than the desktop variants.  Despite have similar names and model numbers, the specifications vary greatly as the GTX 580M isn’t equivalent to the GTX 580 and the HD 6990M isn’t even a dual-GPU product.  Also, getting the capability to do a direct head-to-head is almost always a tougher task thanks to the notebook market’s penchant for single-vendor SKUs.

Over the past week or two, I was lucky enough to get my hands on a pair of Alienware M17x notebooks, one sporting the new AMD Radeon HD 6990M discrete graphics solution and the other with the NVIDIA GeForce GTX 580M. 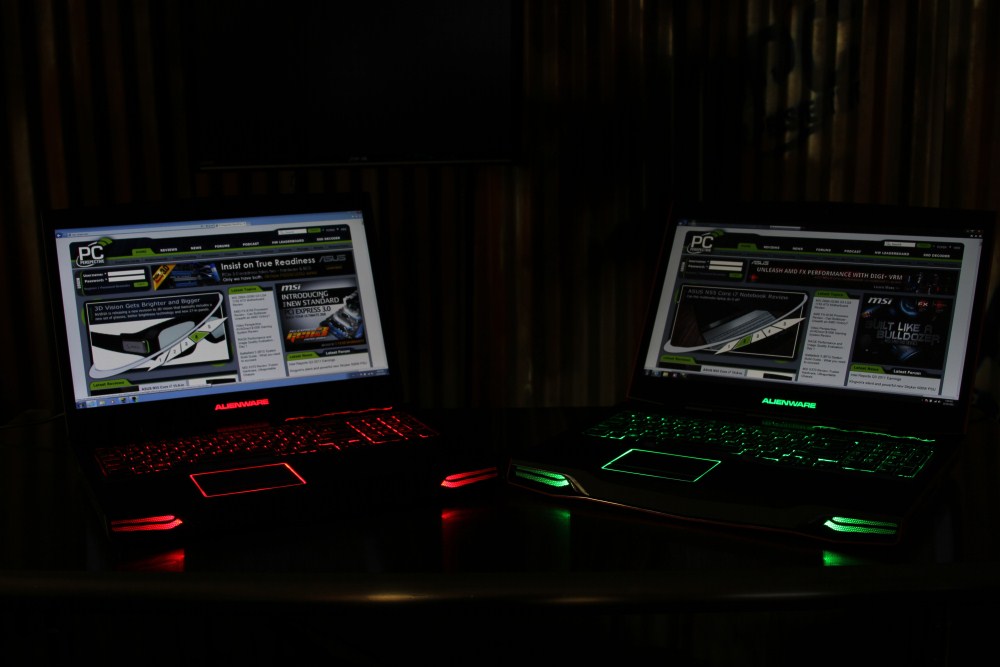 Also unlike the desktop market – the time from announcement of a new mobile GPU product to when you can actually BUY a system including it tends to be pretty long.  Take the two GPUs we are looking at today for example: the HD 6990M launched in July and we are only just now finally seeing machines ship in volume; the GTX 580M in June.

Well, problems be damned, we had the pair in our hands for a few short days and I decided to put them through the ringer in our GPU testing suite and added Battlefield 3 in for good measure as well.  The goal was to determine which GPU was actually the "world’s fastest" as both companies claimed to be.

The specifications for both systems were very similar, but not exactly identical, so that does put a very minor damper on the results.  The Radeon HD 6990M based system had 16GB of memory compared to 8GB on the NVIDIA GTX 580M system while the NVIDIA-based notebook was running a slightly faster processor.  Here is the breakdown:

Because we are testing gaming ONLY in this particular write up, the hardware differences other than the graphics processor will actually have a fairly minimal impact.   While I love the inclusion of the Momentus XT hybrid SSD/HDD in the GeForce-based M17x, it won’t improve frame rates on our gaming tests.  The system memory difference, while pretty extreme from a capacity stand point, should make basically no difference either since 8GB of memory is more than enough to handle 1080p gaming scenarios.  And while the 500 MHz CPU clock speed difference could be a factor in some games and at some resolutions, I feel that our settings are high enough to warrant this basically a draw. 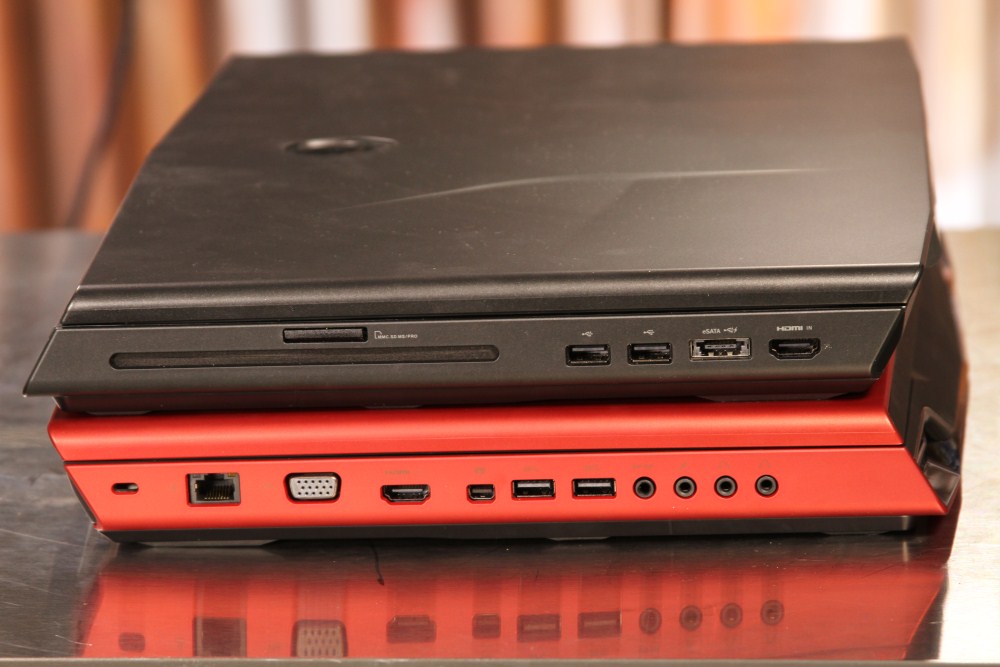 Just to let you know, this is NOT a review of the Alienware M17x directly; Matt Smith will be following up with that very soon to tell you all about the form factor of these 17-in display notebooks, the build quality, general system performance and more.  Stay tuned for that!

If you haven’t been keeping up with the world of mobile GPUs then you might not know the details about either the GeForce GTX 580M or the Radeon HD 6990M parts.  We are here to educate you.  Here are the details in an easy to read table:

Because the architectures are so different, a direct head-to-head between the NVIDIA and AMD parts might not tell the typical PC user what kind of performance differences there might be.  Let’s put it in another light and see which DESKTOP GPU each of these mobile parts most resembles.

For the NVIDIA GTX 580M the closest desktop part is likely the GTX 560 Ti:

Obviously these are pretty noticeable steps down in performance from what the model number would indicate on your desktop products, but for a GPU that is only powering a 1080p screen (unless you decide to connect external monitors) and runs with a slightly slower CPU as well, these products represent the best of the best in the mobile world.

Our benchmarking includes Metro 2033, Lost Planet 2, DiRT 3, Battlefield: Bad Company 2, Deus Ex: Human Revolution and of course, Battlefield 3.  We ran the games at the M17x native resolution of 1920×1080 with quality settings usually to their highest since these GPUs are capable of running them.

Let’s get to some the results!

The ASUS Chromebox Will Be Available in March