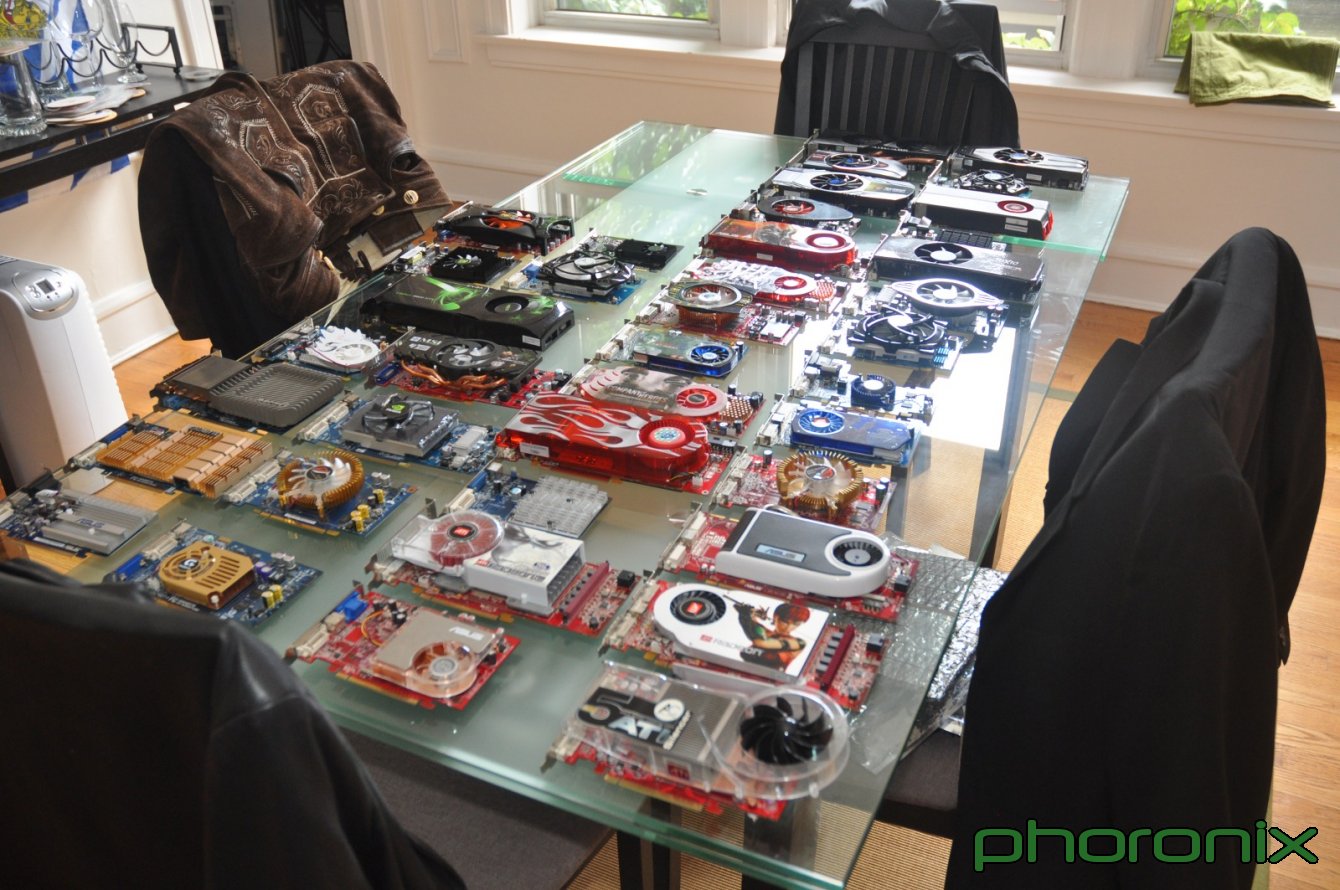 We have seen benchmarks of the graphical performance of the GPU portion of Sandy Bridge as well as Llano for Linux users but NVIDIA has been quiet as of late.  That changes with this huge round up from Phoronix which assembles more than a dozen NVIDIA GPUs and associated drivers, the open-source Nouveau driver and the official NVIDIA Linux driver.  This is more than just a comparison of pure performance, there are a variety of features that are unavailable on the Nouveau driver that are present in NVIDIA’s.  That can make a big difference to someone looking to transcode video or optimize certain tasks.  It is 24 pages of dense information, consider yourself warned.

"Back in September I provided the most comprehensive AMD Radeon Linux graphics comparison that took 28 graphics cards from all supported ATI/AMD Radeon product families and tested them under Linux using the latest Catalyst driver as well as the open-source Mesa/Gallium3D driver. In this article is a similar comparison on the NVIDIA side as I take most of the GeForce graphics cards at my disposal and try them under the NVIDIA binary Linux driver and the community-developed open-source "Nouveau" driver. Not only is the OpenGL performance looked at for multiple generations of NVIDIA hardware, but the thermal and power consumption is compared too. In certain OpenGL workloads, the open-source Linux driver is now faster than NVIDIA’s own driver for select graphics cards in a fair comparison, but overall the NVIDIA blob still reigns supreme."