A Temporary Card with a Permanent Place in Our Heart

Today NVIDIA and its partners are announcing availability of a new graphics card that bridges the gap between the $230 GTX 560 Ti and the $330 GTX 570 currently on the market.  The new card promises to offer performance right between those two units with a price to match but with a catch: it is a limited edition part with expected availability only through the next couple of months.

When we first heard rumors about this product back in October I posited that the company would be crazy to simply call this the GeForce GTX 560 Ti Special Edition.  Well…I guess this makes me the jackass.  This new ~$290 GPU will be officially called the "GeForce GTX 560 Ti with 448 Cores". 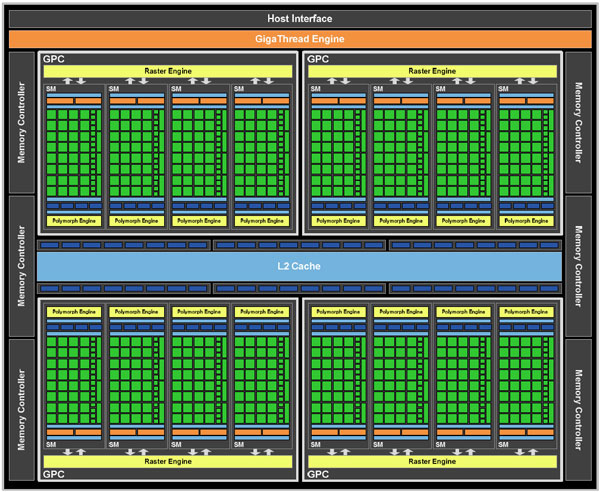 The above diagram shows a full GF110 GPU sporting 512 CUDA cores and the full 16 SMs (simultaneous multiprocessors) along with all the bells and whistles that go along with that $450 card.  This includes a 384-bit memory bus and a 1.5 GB frame buffer that all adds up to still being the top performing single graphics card on the market today. 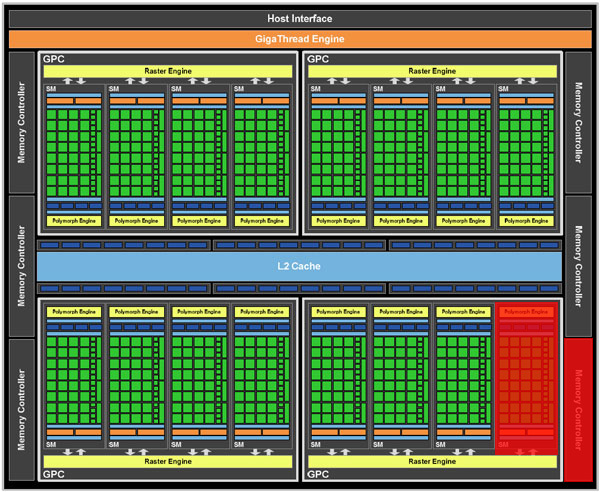 The GeForce GTX 570 was based on the exact same GF110 die but with a single block of processors disabled, giving this part a CUDA core count of 480.  The frame buffer was also dropped to 1.25GB thanks to the memory bus going from 384 to 320-bits wide.  Interestingly, the GTX 570 launched at $349 and today sits only about $20 less than that.

Today’s oddly named release brings us to this: 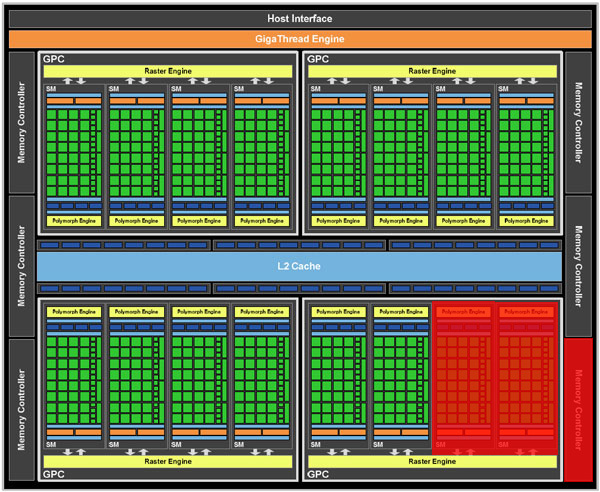 This is again that same GF110 GPU but with yet another SM disabled, bringing the count to 14 and, as the name implies, a total CUDA core count of 448.  Texture units drop accordingly from 60 to 56 on the new part but the GTX 560 Ti 448c doesn’t drop any other features including memory bus width, memory capacity, ROP units, etc.  So even from this little bit of information we know that this limited edition card could perform very closely to the GTX 570 if the clock speeds were comparable. 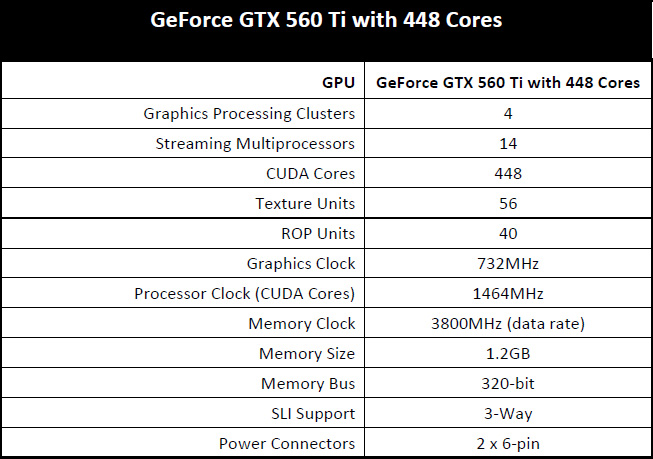 As it turns out, the "reference" speeds on the GTX 560 Ti 448c part is in fact running at the same 732 MHz with a memory clock of 950 MHz / 3800 MHz quad data rate.  Those are the EXACT same speeds as the base GTX 570 but the new cards have an advantage – there are no reference designs so card manufacturers like MSI and EVGA are going to be pushing their offerings out with at least minimum clock speed increases.

Compare these specs to the GTX 560 Ti as we know it today.  It has a 256-bit memory bus and 1GB frame buffer, 384 CUDA cores running at a higher 822 MHz core clock and a memory speed that is slightly faster at 1 GHz.  With a narrower bus 16% fewer processors (though, admittedly, running at a 12% higher clock rate), you might think these two GTX 560 Ti parts will perform somewhat closely.  Not really though – we’ll see in our testing.

You might be wondering why NVIDIA would release a product like this and why they would call it a limited or special edition?  While there are some interesting theories about excess inventory on the GF110 parts that NVIDIA needs to clear out before the 600-series is released next year, it seems more likely that what we are getting here is in fact some binned-down GPUs that couldn’t quite make it as GTX 580 or GTX 570 parts.  Having accumulated since the release of GF110 so long ago, rather than offer these cards as Tesla or Quadro SKUs, NVIDIA and the GeForce product team decided they could wipe through them quickly with a special release and a great price point.

Rather than have these GPUs sitting on a shelf gathering dust, NVIDIA decided to slap them on the PCBs and let its partners sell them to consumers that hunger for new GPUs to power all the new games released this year.

And THAT is why this card has such a stupid name: NVIDIA didn’t want to have to put a new product name (like the GeForce GTX 565) on its website and then answer questions as to why it was out of stock for the rest of the 500-series lifespan.  By applying the "limited edition" name to it right out of the gate, NVIDIA is hoping to nip those arguments and complaints in the ass.  Does that make it better?  Maybe a little but still "GeForce GTX 560 Ti with 448 cores"?

The most confusing part to me is that this is not even based on the same GPU as the GTX 560 Ti but being branded as such could confuse users into thinking they can use this new card in a multi-GPU configuration with their current GTX 560 Ti and it isn’t possible.  But I guess calling it the "GTX 570 Minor" wouldn’t have been a marketer’s dream either…

You might be asking yourself just how limited this limited edition is supposed to be?  Well, obviously NVIDIA wouldn’t give me any kind of numbers but by asking around to various partners before launch about their allotment and sales expectations, I am guessing there will be about 10,000 of these new parts TOTAL for its life.  NVIDIA did say they fully expect these cards to be sold out within 6-8 weeks of release and based on my opinions of this product, I don’t doubt that at all.

Also interesting to note, this card is not going to be sold all across the world.  Only the regions of North America and Europe will have shipments – Asia, Australia, etc…sorry.  NVIDIA says this is solely because of the limited supply of available parts for this promotion so if you aren’t in the US, Canada, UK, France, Germany, Russia or the Nordics, you might be SOL.

We got cards from both MSI and EVGA over the weekend – let’s take look at these and see what kind of hardware the GTX 560 Ti 448c provides!