The overall efficiency of a power supply is very important, especially when the power supply is designed to deliver over 1,200W DC output. The less waste heat generated the better! Efficiency is defined by the power output divided by the power input and is usually expressed as a percentage. If a PSU were a 100% efficient (which none are) 1,000 watts of AC power going in would result in 1,000 watts of DC power coming out (with no waste heat to dissipate). In the real world there are always inefficiencies and power is lost in the form of heat during the conversion process.

I measured the AC power input to the Strider Gold 1200W PSU with the Extech power analyzer while the total DC load was found by adding all the individual +3.3V, +5V, +12V, -12V and +5VSB loads together. 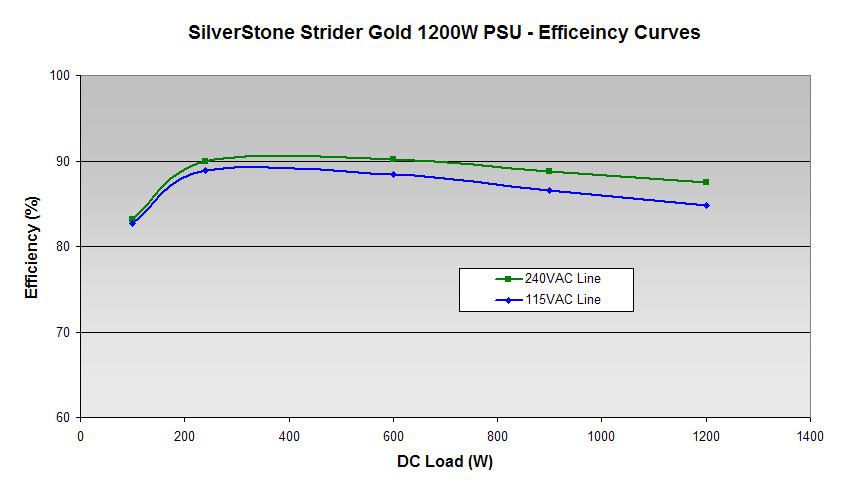 The SilverStone Strider Gold 1200W PSU is certified 80 Plus Gold, which means it should produce at least 87% efficiency while delivering between 20% and 100% load and at least 90% efficiency at 50% load. During our tests the PSU was able to easily meet these requirements while operating on 240 VAC but struggled a little at the higher loads when operating on 115VAC. The probable reason for the lower efficiency is that our tests are conducted at real world operating temperatures (up to 40°C) while the 80 Plus Organization tests are conducted at room temperature (25°C). And higher operating temperatures typically result in lower efficiency. So overall, the ST1200-G delivered good efficiency.

To simulate real world operation the Strider Gold 1200W power supply was mounted in a modified mid tower case (Lian Li PC60) during testing. Some of the warm exhaust air from the PSU under test is recirculated back into the case, which allows the internal case air temperature to increase with load, just like it would in a real PC. The internal case air temperature is allowed to increase up to 40ºC and then held constant from then on at 40ºC.

Below 600W output and with a relatively cool ambient inlet air temperature, the Strider Gold 1200W PSU is very quiet. After that, as the load increases and temperatures build, the cooling fan speeds up to where it becomes noticeable but never really loud. Having high efficiency helps with less waste heat to dissipate. 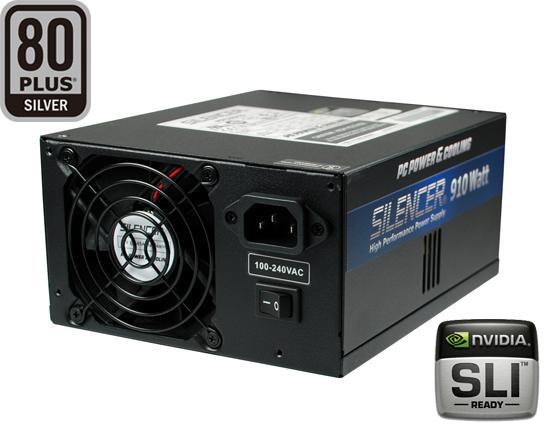 Need to tame your i7? 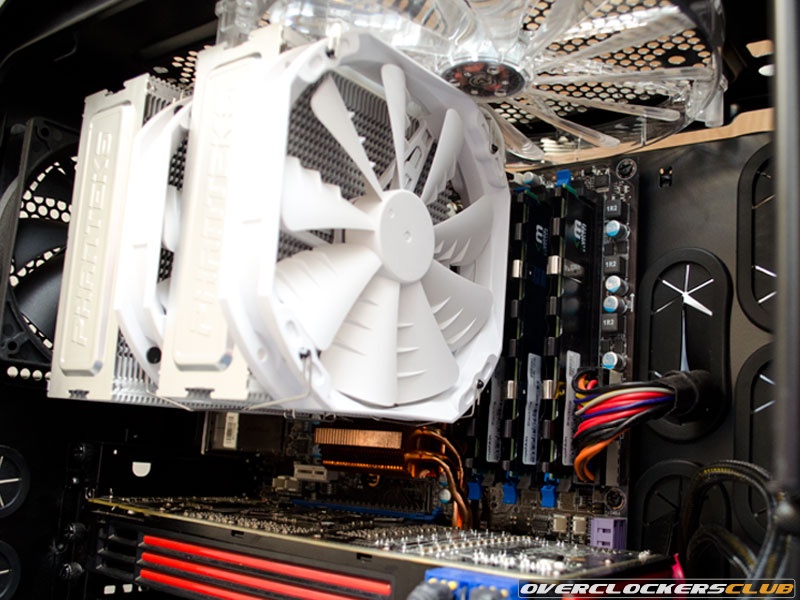