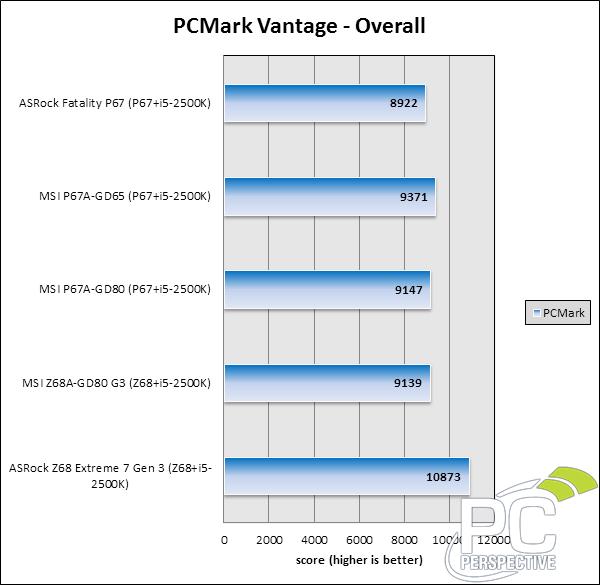 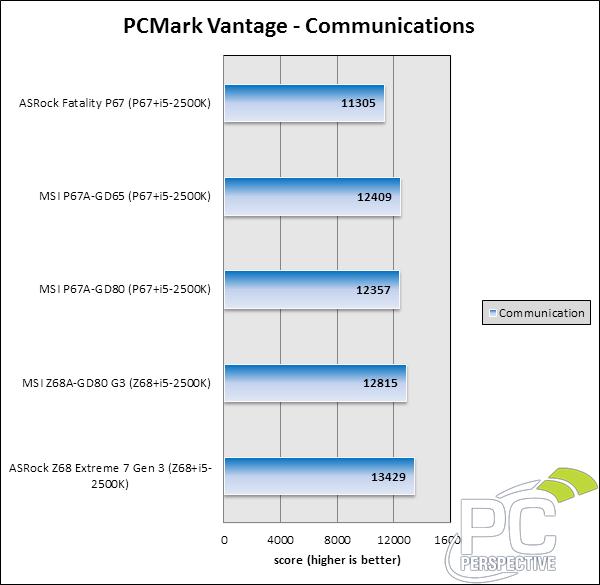 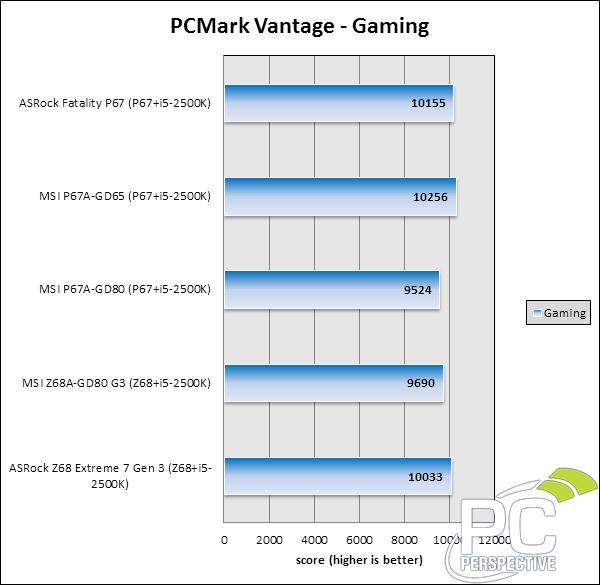 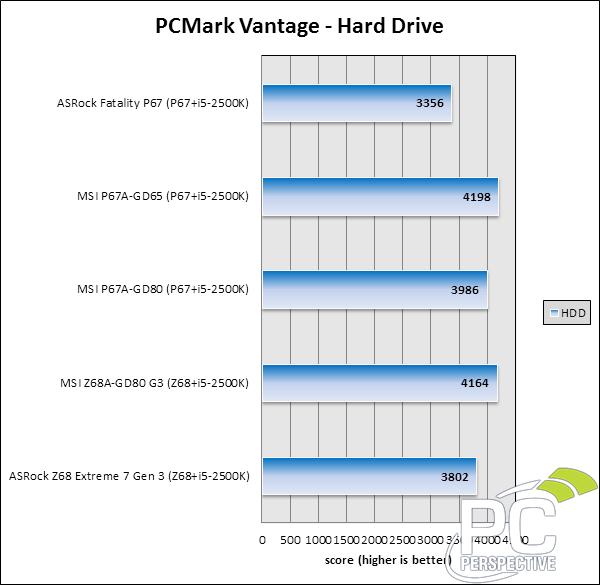 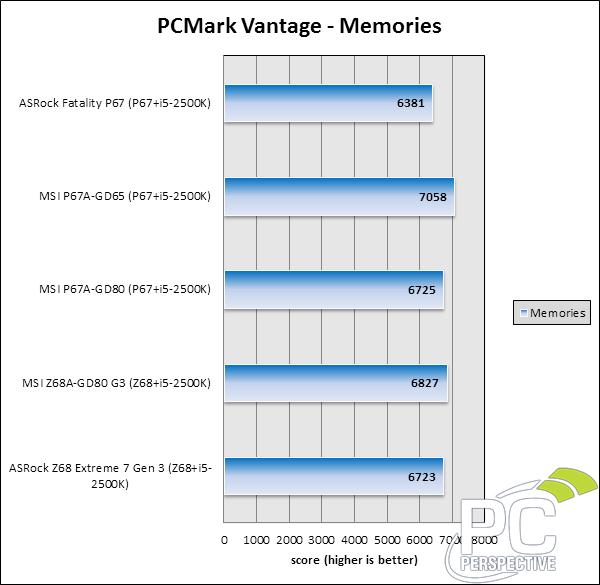 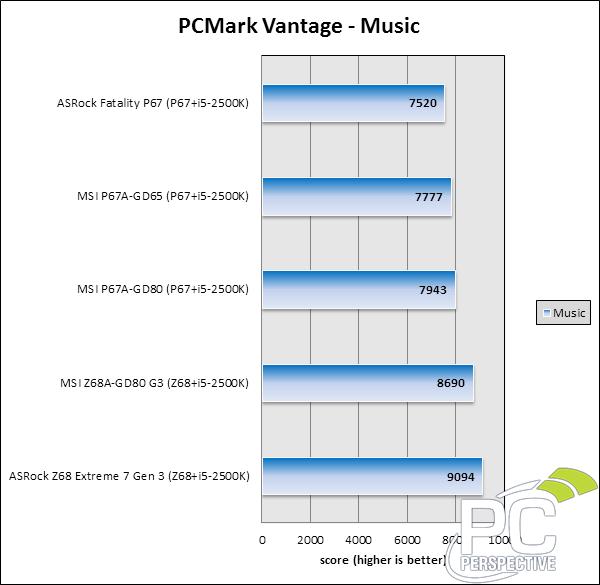 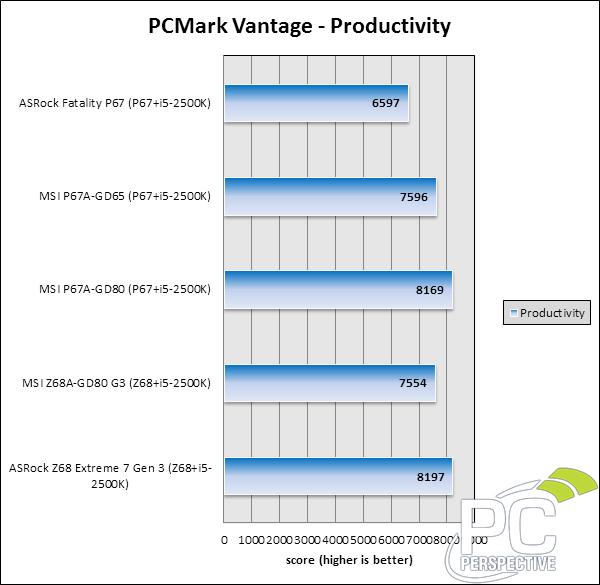 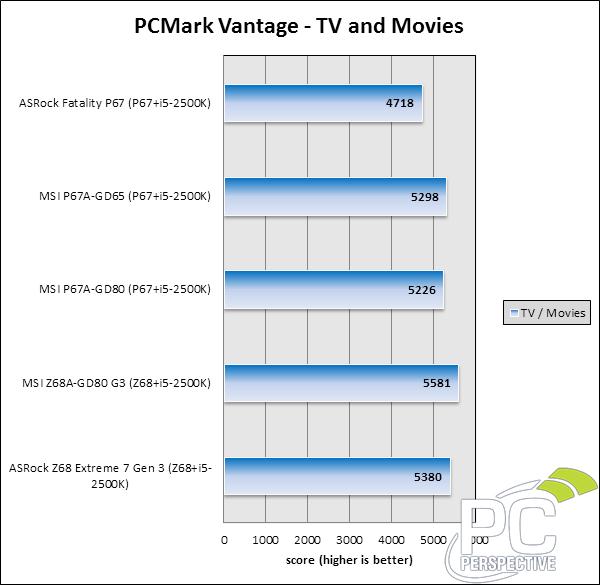 PCMark Vantage evaluates every aspect of a motherboard, and the Z68 Extreme 7 Gen 3 is the only board to top 10,000 out of the five we tested. In fact, this board posted strong numbers in several categories, including communications, music, and productivity. The gaming scores were also very respectable, but nothing earth-shattering like what we saw in 3DMark11. These inconsistencies between PCMark Vantage and 3DMark11 in the gaming category makes me question which benchmark is actually portraying the Z68 Extreme 7 Gen 3’s gaming capabilities. 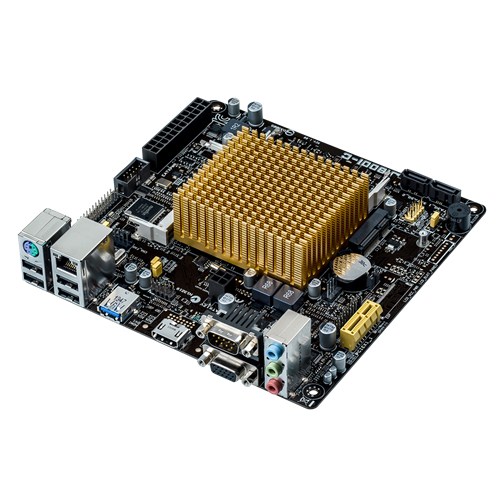