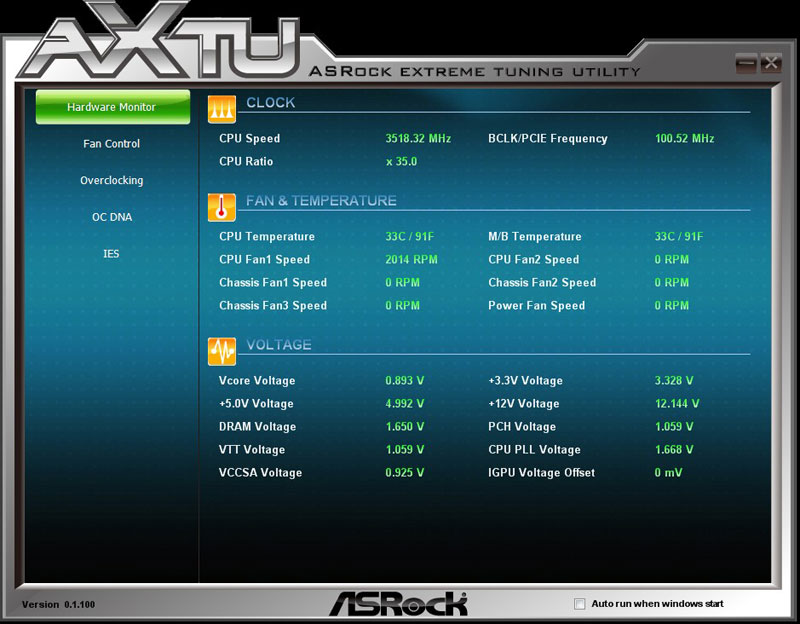 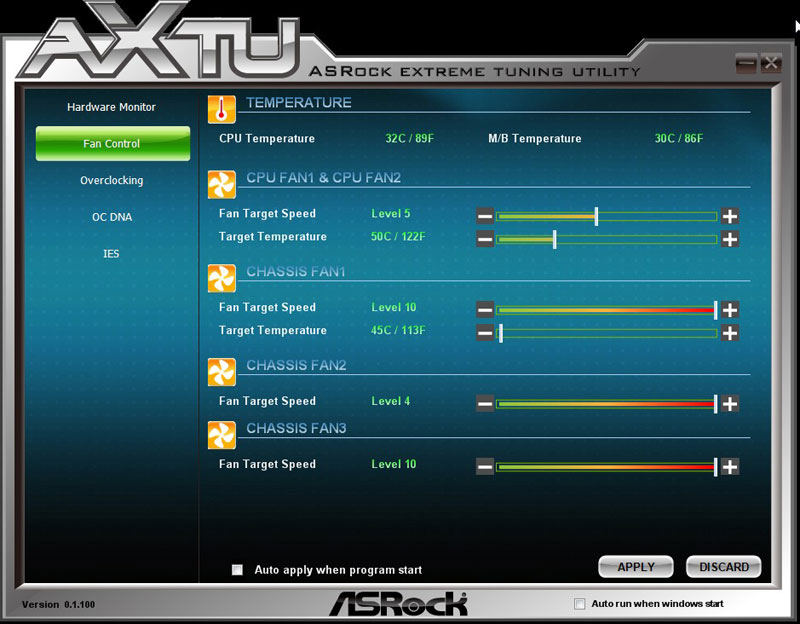 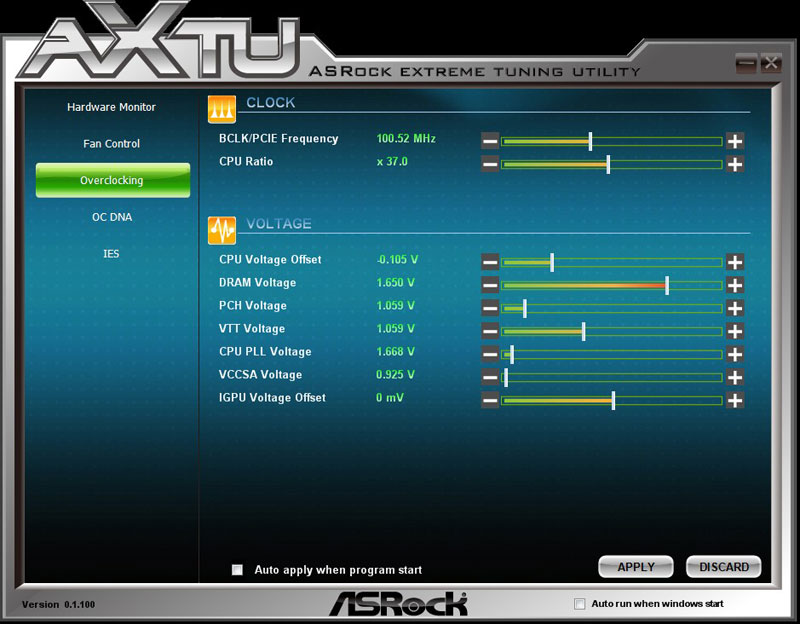 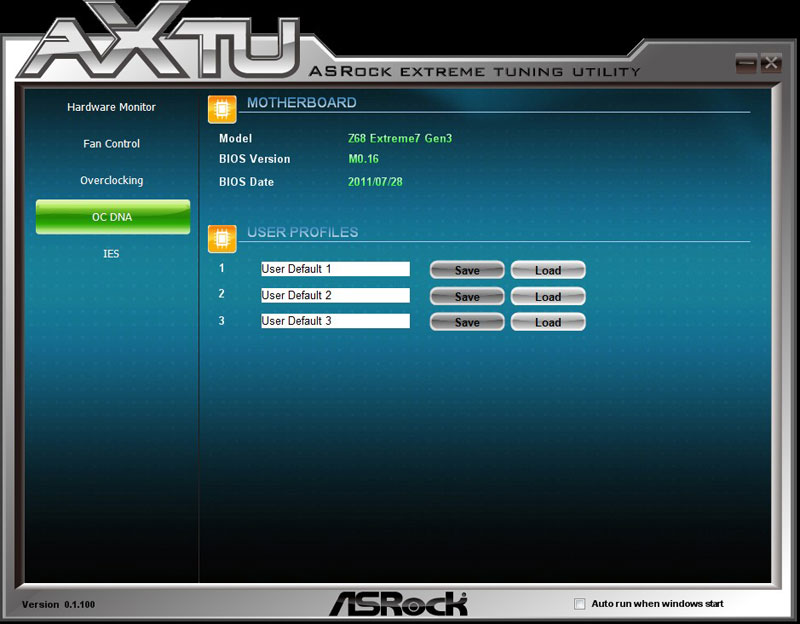 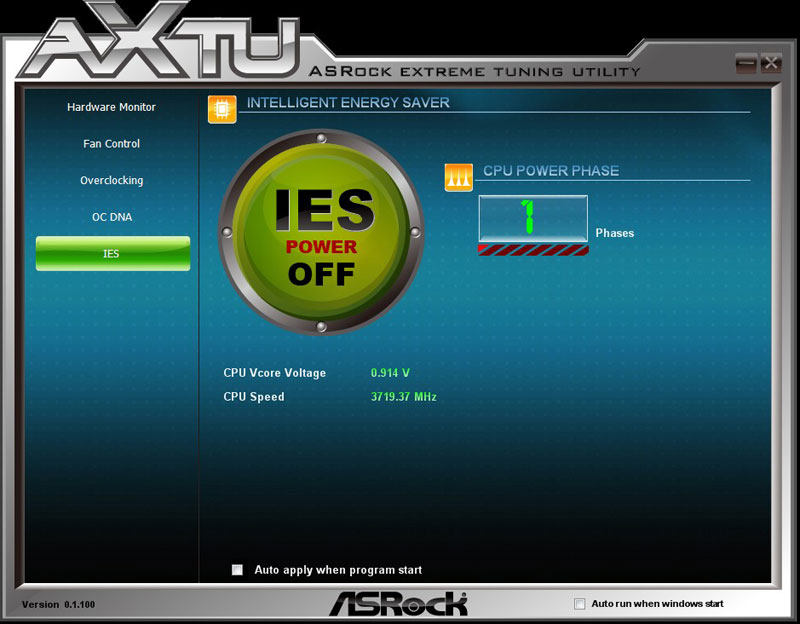 ASRock describes their Extreme Tuning Utility as an "all-in-one software to fine tune different features in an user-friendly interface". This includes several features from the UEFI BIOS like the hardware monitor, fan controls, and overclocking/voltage options. This GUI was actually pretty smooth during use and pretty successful in overclocking our i5-2500K as you’ll see from the results below. This utility also interfaces with ASRock’s Intelligent Energy Saver, which is essentially a voltage regulator that reduces the number of output phases to improve efficiency when the CPU cores are idle without sacrificing computing performance. Overall, I was pretty impressed with how this utility functioned and performed during overclocking. It was also handy to use if I wanted a quick snapshot of my hardware to see how it running in real-time versus rebooting into the UEFI BIOS to get the same information.

Most high-end motherboards include numerous overclocking options for beginners and experienced enthusiasts. The ASRock Z68 Extreme 7 Gen 3 provides plenty of options for adjusting CPU and memory voltages, speeds, and timings. The UEFI interface is easy to use to tweak the processor to the user’s exact specifications to get the best overclock possible.

We opted to change up our typical manuall overclocking approach with the Z68 Extreme 7 Gen 3 and use ASRock’s Extreme Tuning Utility. We brought up the application in Windows 7 and headed straight for the overclocking tab to adjust our CPU ratio and voltage. We set the CPU voltage at 1.4v and began to slowly increase the CPU ratio and test the system for stability. After reaching 4.6GHz, we attempted to increase the CPU ratio further, but the system became unstable so we had to settle with a 4.624 GHz overclock. This isn’t a bad overclock by any means, but we have seen this CPU go a bit higher on other motherboards. 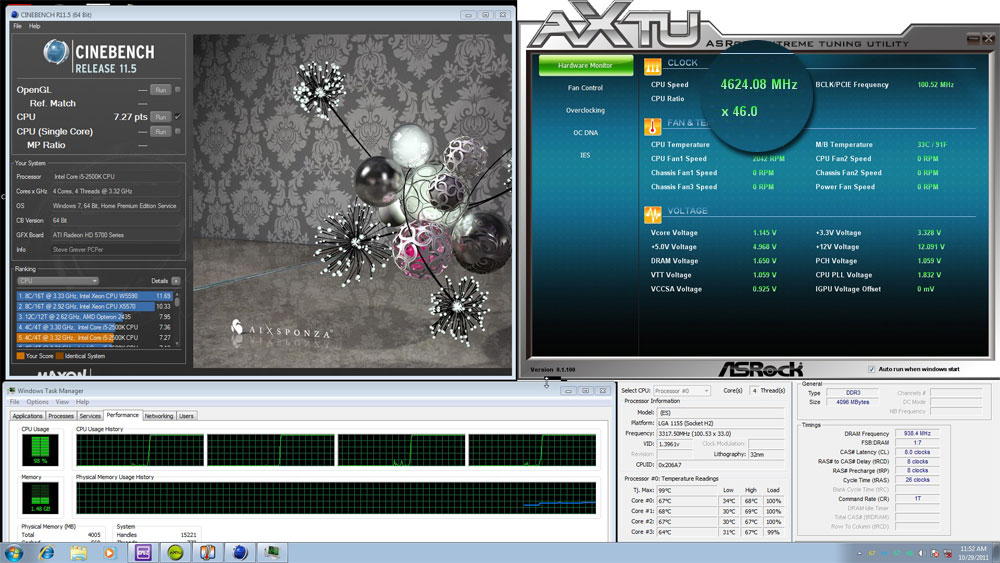