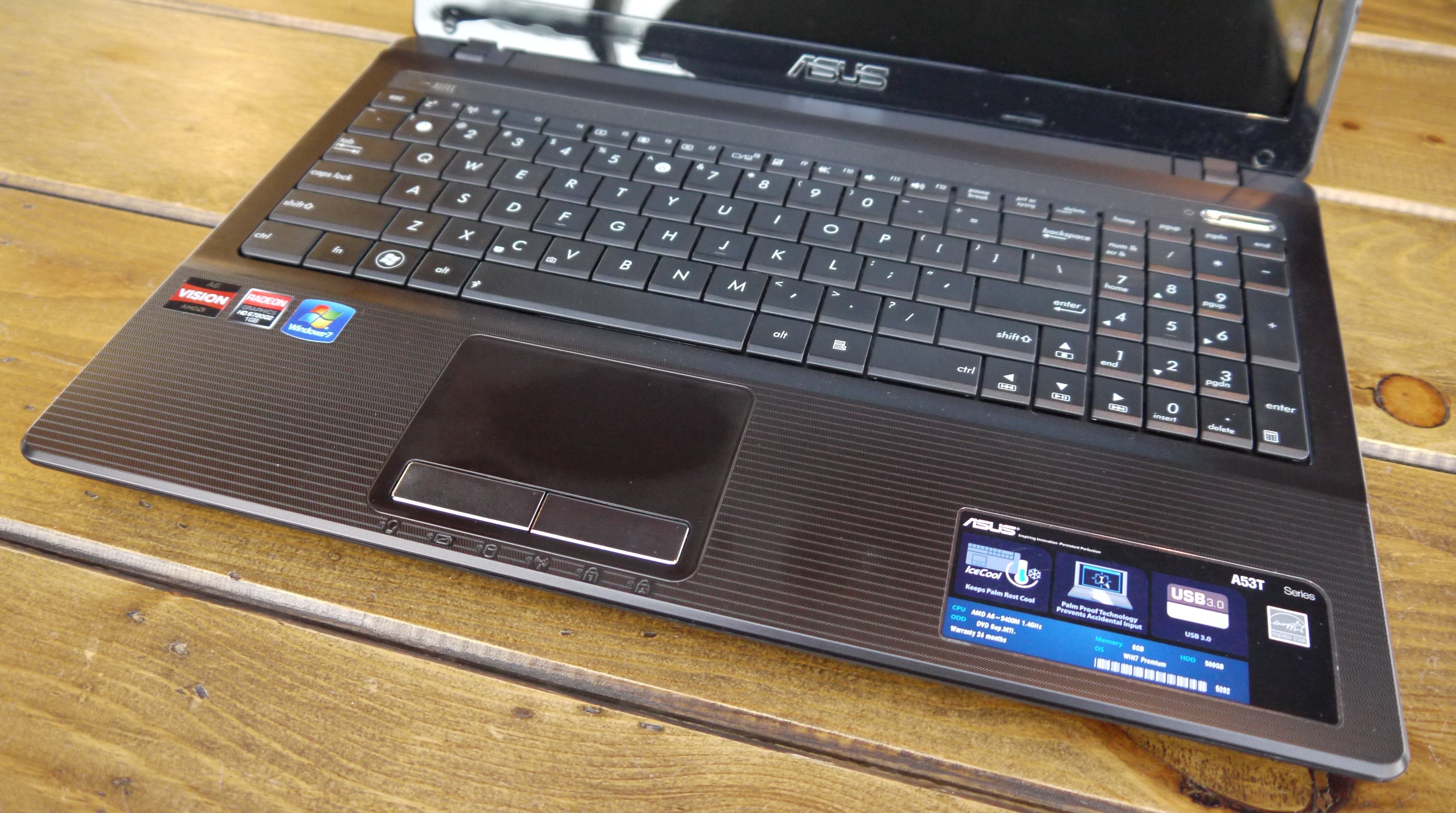 Since this is a 15.6” laptop, there’s plenty of room for the keyboard. In this case ASUS has chosen to go with what is likely the company’s least attractive keyboard design, which features the flat keys you’d find on a chiclet keyboard without the expected gaps between each key. As a result, it’s too easy for your fingers to become lost if you’re a touch typist. I used this laptop to write several articles, and I found myself making mistakes more often than normal due to the lack of definition between keys.

If you’re not a dedicated typist, however, this keyboard has its advantages. For one, there’s a lot of keyboard rolled out across this laptop. Only a half-inch on either side is wasted, and this means that keys are generally large (though the numpad keys are small). Below, there’s plenty of space for your palms, which means a comfortable typing position is not hard to find.

What isn’t available in excess is touchpad. The surface is a bit small, and this makes it difficult to use at times, particularly for multi-touch gestures like scrolling. However, ASUS does at least offer two individual touchpad buttons. Though they have little travel, it’s a better solution than the rocker-style button so often used by the company. 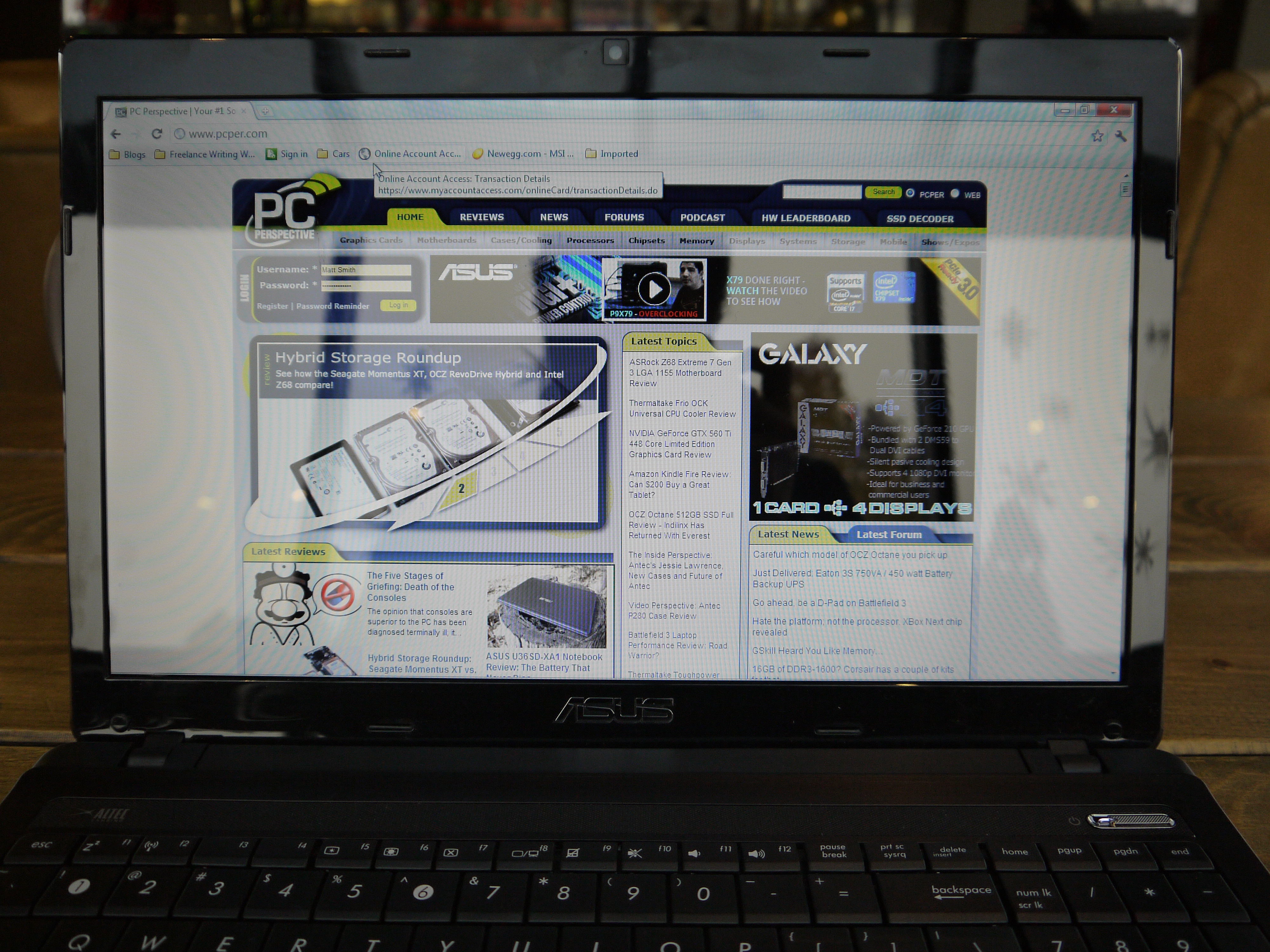 A look at the spec sheet tells a story that is typical for a 15.6” laptop. The resolution is 1366×768, and the display is coated in gloss, which carries over to the black display bezel. Reflections can be an annoyance as a result, and the backlight isn’t strong enough to overcome them when the laptop is used in a bright environment like a sunlit room.

Test images revealed quality that is typical of inexpensive TN panels. Although the display technically was capable of displaying all but two of the Lagom black level test images, the final three appeared identical, which indicates the panel is cheating a bit by increasing the brightness of dark colors it normally could not display. Still, the quality is on par with any other laptop at this price point. 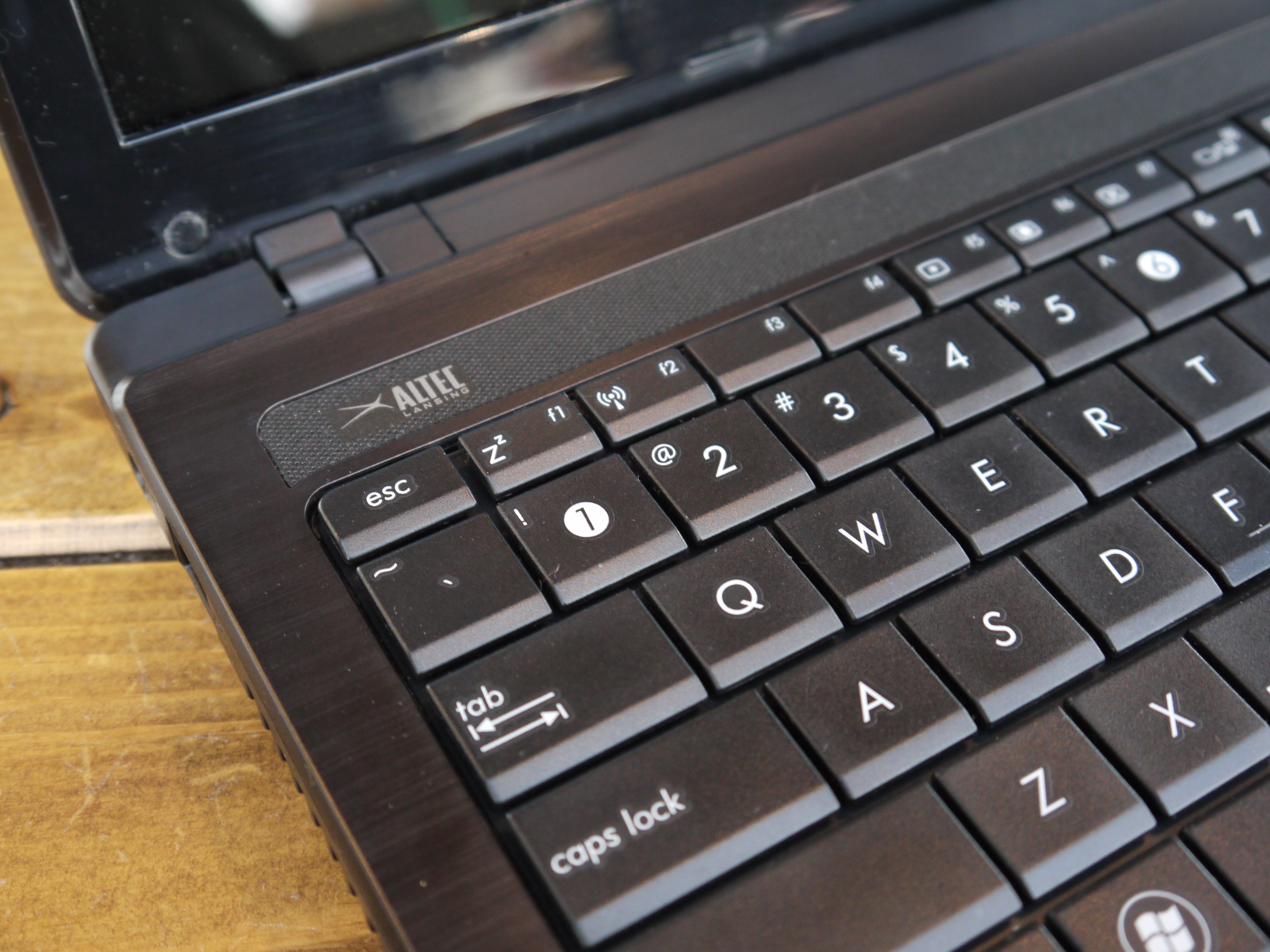 Audio quality proved solid for a laptop. There is a tiny bit of bass available, but distortion is limited as well even at maximum volume. Music is tolerable, which is more than can be said of most laptops at any price, nevermind an inexpensive model such as this. However, quality remains a far cry from a nice pair of external speakers, and even at maximum volume the speakers aren’t loud. Additional audio equipment will be required if this laptop is to serve as a desktop replacement. 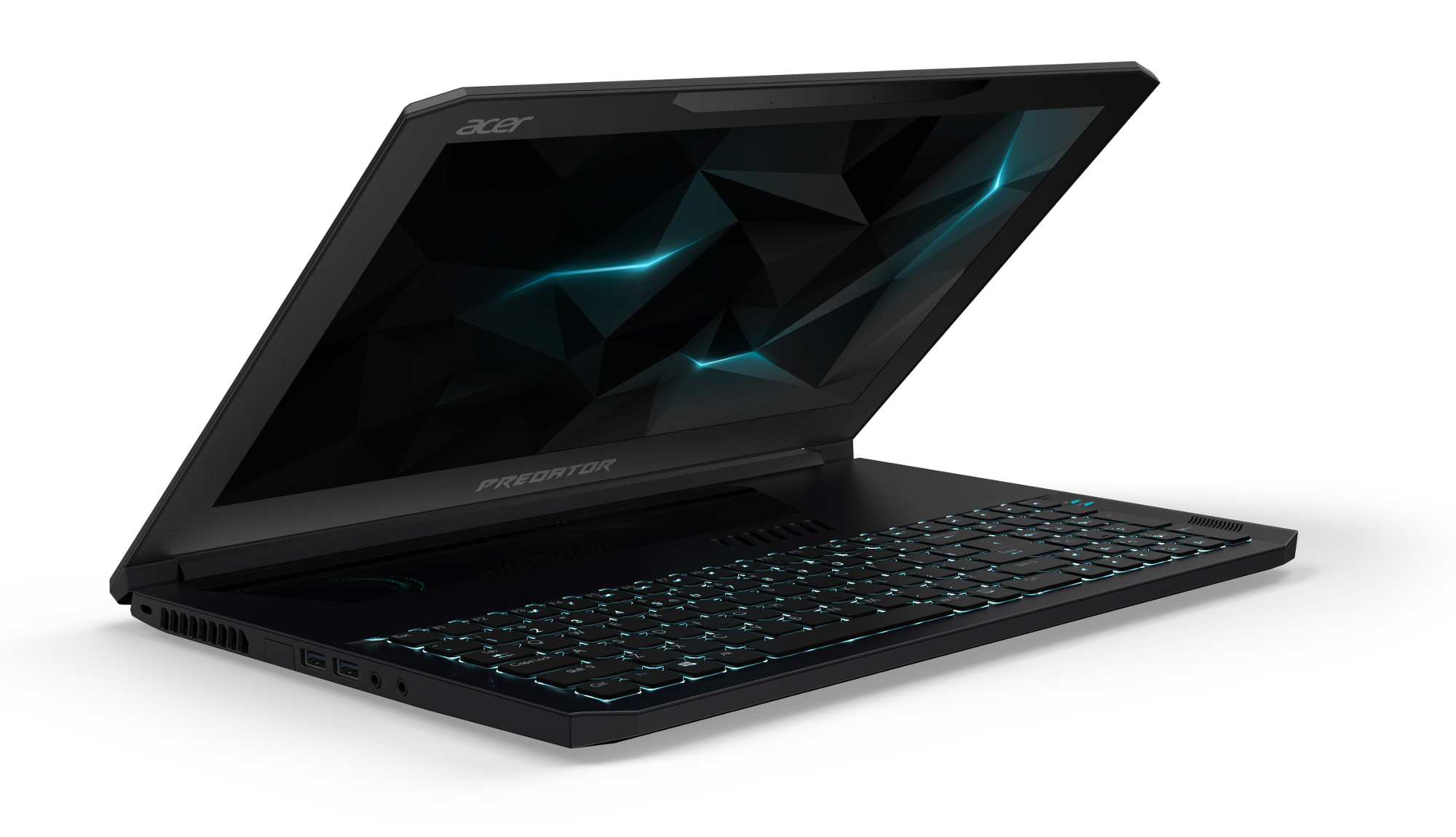 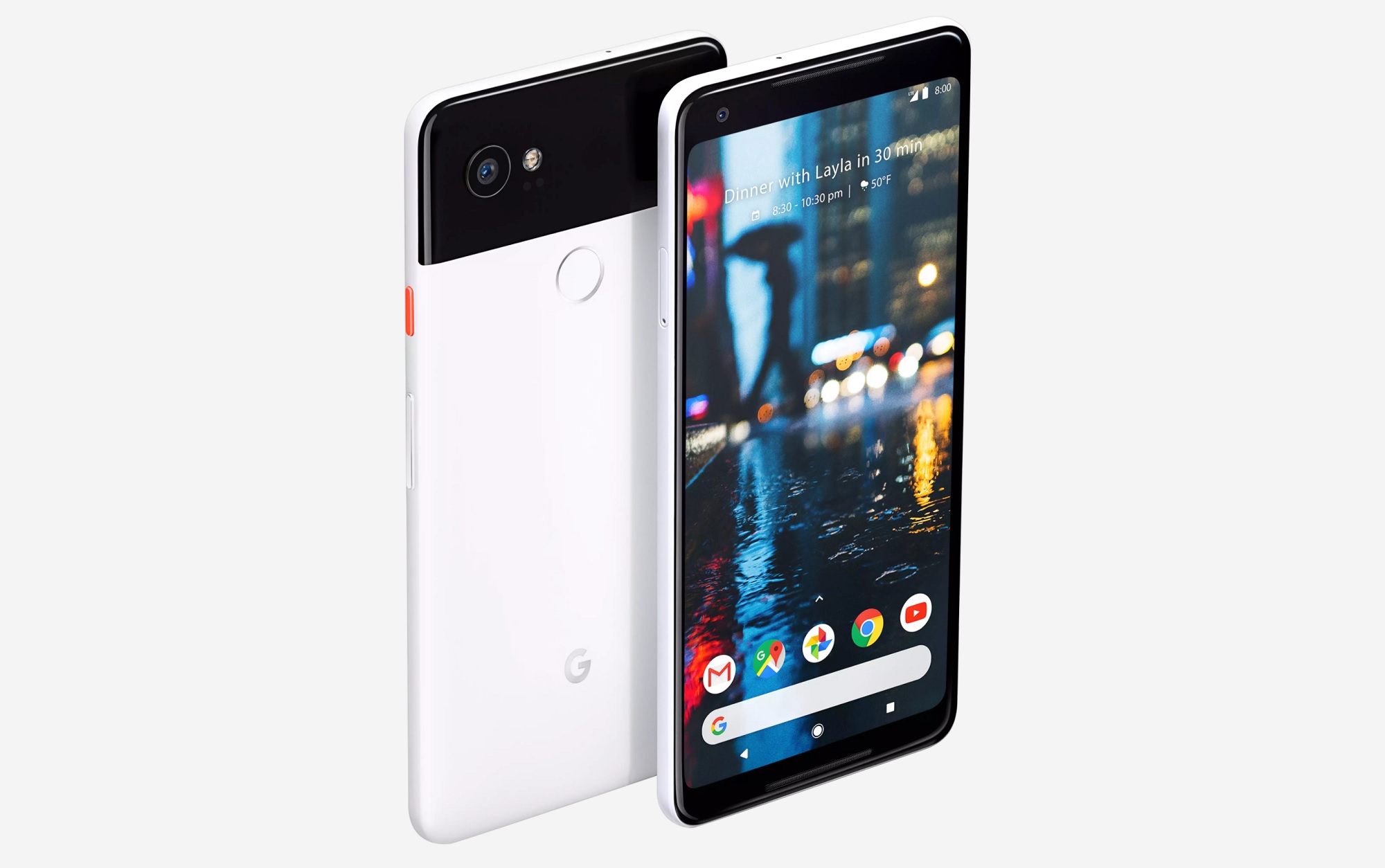 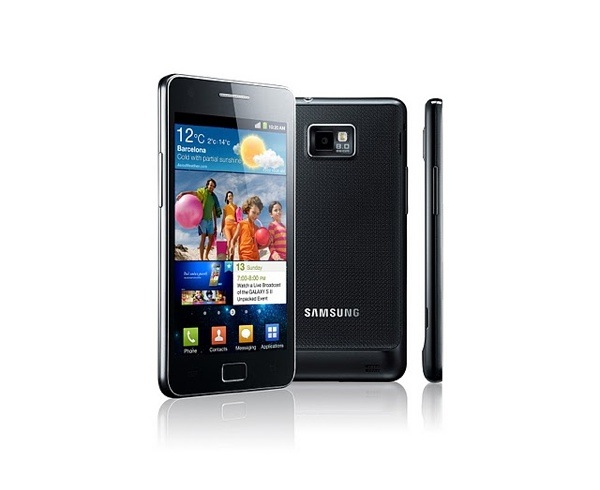