As a large laptop, there’s a fair amount of room inside the K53’s chassis for airflow. You don’t have to use the laptop long to begin seeing the benefits of this. Under light loads, there is minimal fan noise – but more importantly, under heavy loads, there is relatively low fan noise. Yes, it is still audible, but no so loud that it will disturb someone in another room.

Sometimes slow, quiet fans result in high temperatures, but that doesn’t seem to be the case here. I noticed some warming of the keyboard and palmrest area during activities that engaged the GPU, but otherwise the unit remains cool. I even managed to play Minecraft with the laptop on my lap. My MacBook won’t do that without roasting my thighs.

What heat does exist exhausts out of a large vent on the left side of the laptop. So long as you keep that clear and don’t place the laptop on an insulating surface, you should be able to use this laptop wherever you’d like. 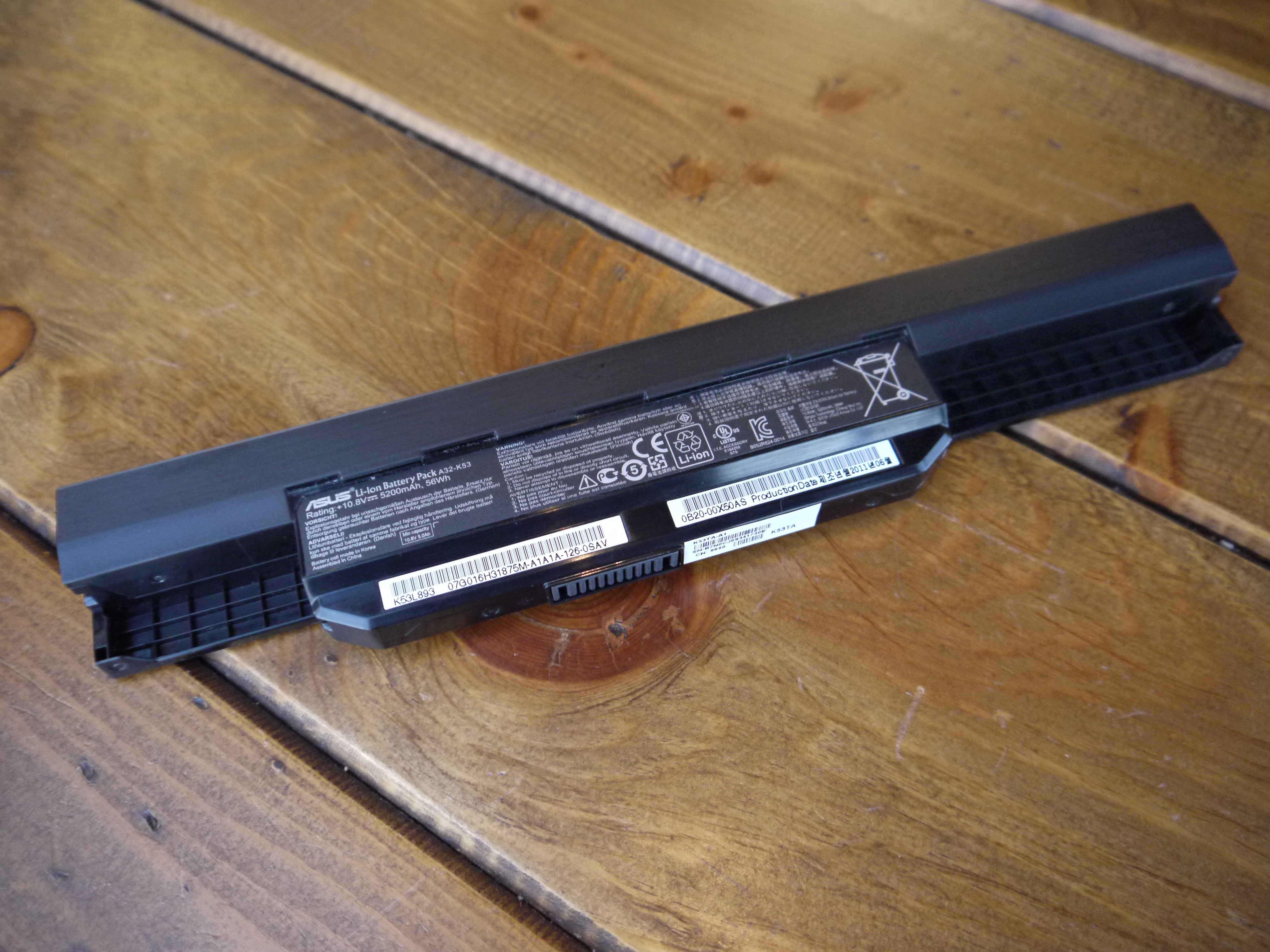 Though 15.6” laptops are not known for their portability, there is a range between the biggest and smallest. The K53T is in the middle of that range. The chassis is about one and a quarter inches thick throughout and the total weight is 5.4 pounds.

What this means is that the laptop will fit in many backpacks with laptop compartments, but will be a little too large for many messenger bags. I took this laptop with me on a few trips to Starbucks and found that it was a bit cumbersome at some of the smaller tables, but if you don’t make such trips frequently, it should be adequate.

Normally a laptop with discrete graphics will have a hard time in battery life benchmarks, but AMD has a switchable graphics solution similar to Optimus available on all its Fusion laptops. It’s not as smooth as Optimus because it constantly prompts users for input, but it does offer decent battery life. 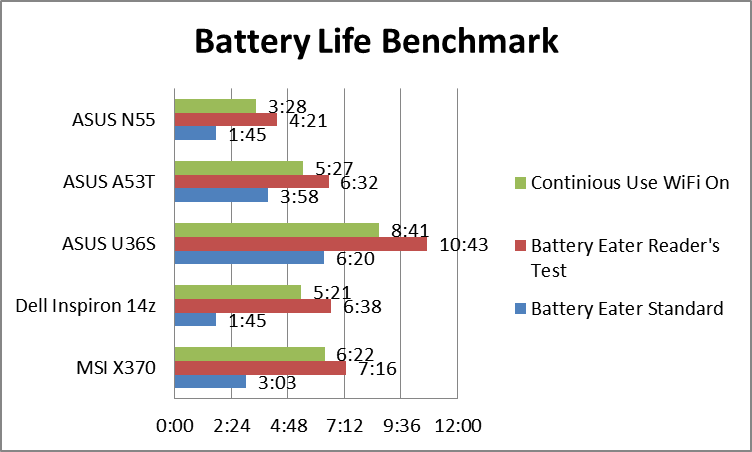 Combined with ASUS’s own custom power management schemes, the K53T manages to squeeze out over 5 hours of general use with WiFi on even though the battery is a completely average 6-cell unit.

Like the ASUS U36 we just reviewed, there is some bloatware on the K53T, but it’s mostly unobtrusive. This is the first laptop I’ve had in a while that did not badger me constantly to purchase a specific anti-malware solution.

Instead, I was badgered constantly to upgrade my drivers. Which, in the realm of things a computer could badger you about, is not bad. That’s something you should probably do anyway.

Like all other systems from ASUS, this laptop came with the company’s proprietary power saving schemes which include a Windows widget that allows for switching between power modes. It works well and makes a noticeable impact in battery life, making it a rare example of pre-installed software that really improves a product.