Since we already know so much about the GeForce GTX 570 GPU we decided to just do some spot testing to see where this overclocked Galaxy GTX 570 MDT X4 model stood in relation to it.  We ran through some quick tests in Battlefield 3, Dirt 3, Skyrim, 3DMark11 and Unigine Heaven. 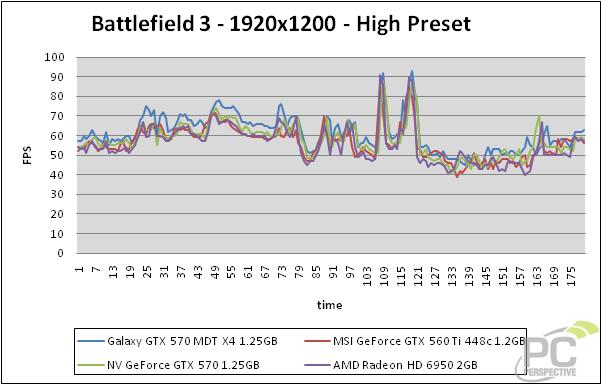 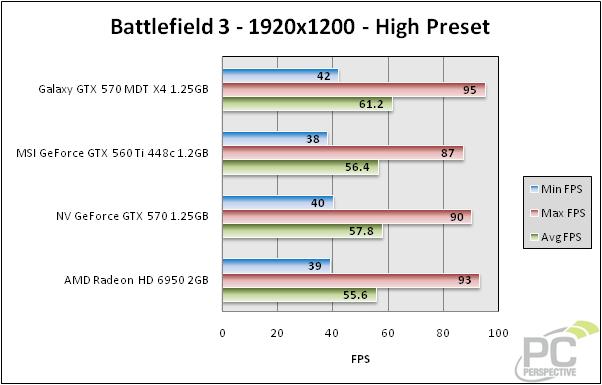 The added clock speed on the GTX 570 MDT X4 did provide marginally better frame rates in BF3 at 1920×1200 while running at the High preset. 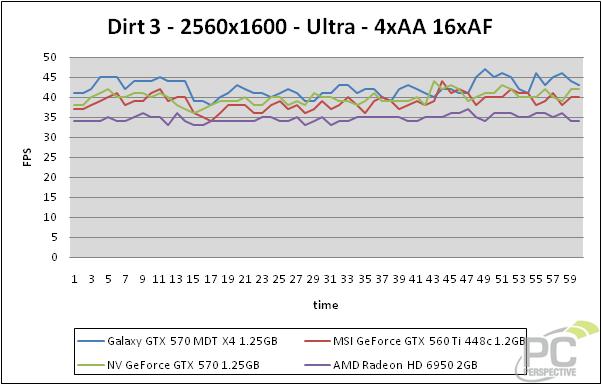 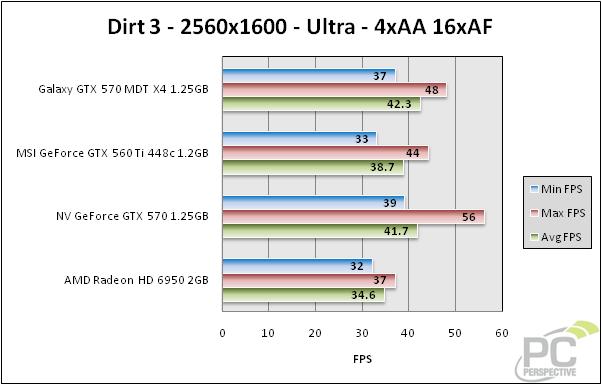 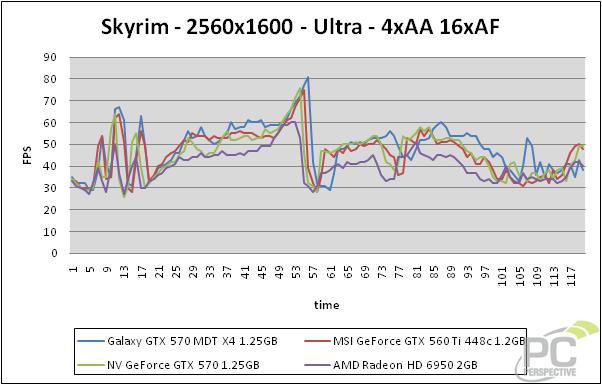 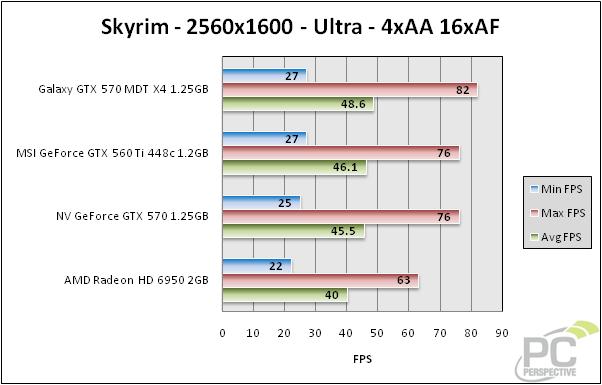 Skyrim still isn’t the most GPU bound game in the world but the higher clock speed did result in a jump to over 48 FPS at 2560×1600 and Ultra settings. 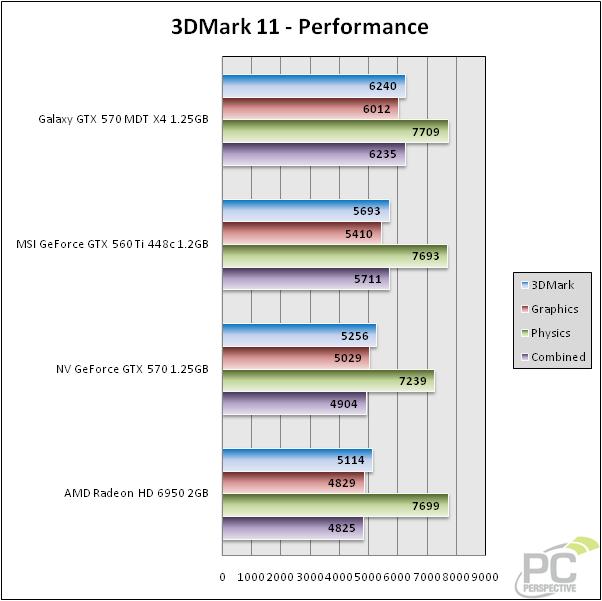 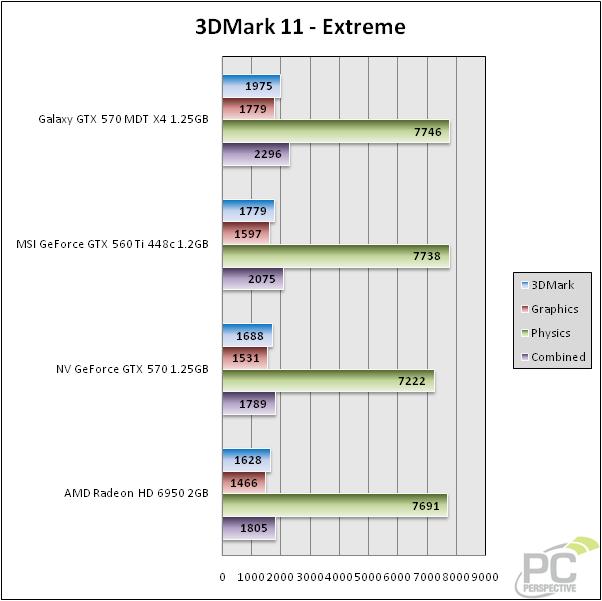 3DMark11 definitely utilizes the GPU performance more directly and as such the results and scores are higher on the MDT X4. 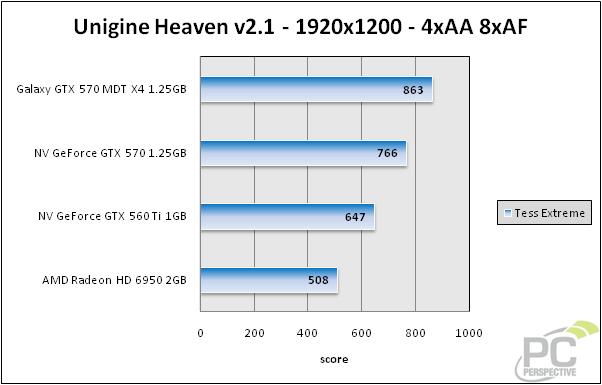 Finally, in Unigine Heaven we see a nice jump of about 11% at the Extreme tessellation setting.

Obviously this is interesting information for our perspective but a casual user that buys this card to run a single display is obviously missing the point of the MDT line of cards from Galaxy.  So, let’s see how a few games perform in the triple-panel mode!