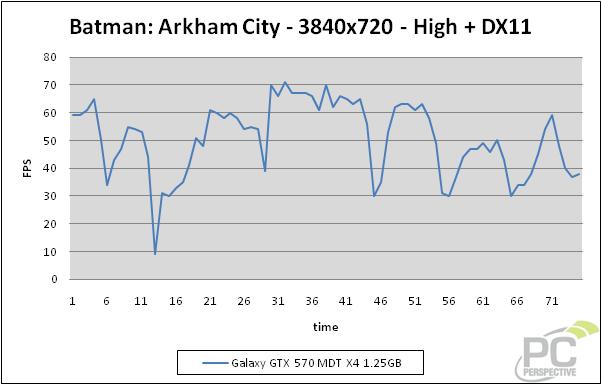 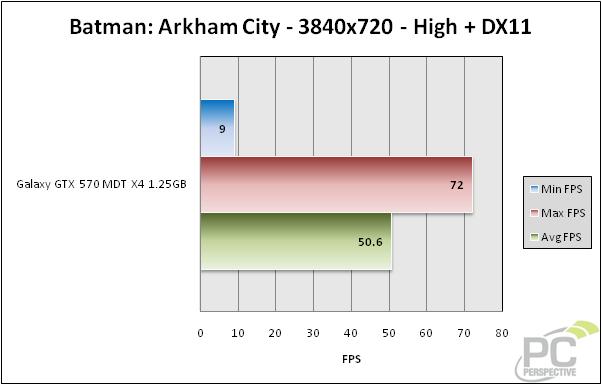 With all of our settings at their top options we were able to run Batman at over 50 FPS at this resolution though we did see a single dip down into the sub-10 frame rate that we didn’t like.  Still, playing the game was really enjoyable and with AA turned up playing at basically 720p resolution wasn’t that big a factor for me.

Next up on the list was Dirt 3, a classic multi-display example that required us to do a little XML file modding to get it to run at 5760×1080 – but when it did it looked great! 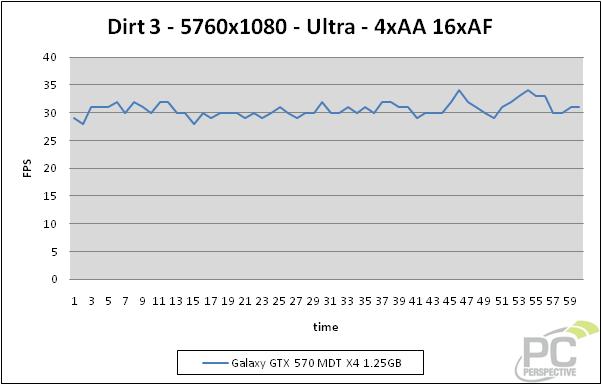 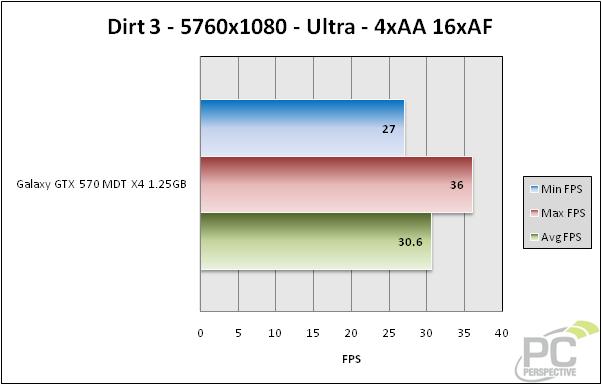 Framerates were steady sitting above the 30 mark which for a racing game like this is more than acceptable.  Minimums never dropped below 27 FPS and we never saw any in-game stuttering making for a great gaming experience here.

Of course, how could we go without trying Battlefield 3? 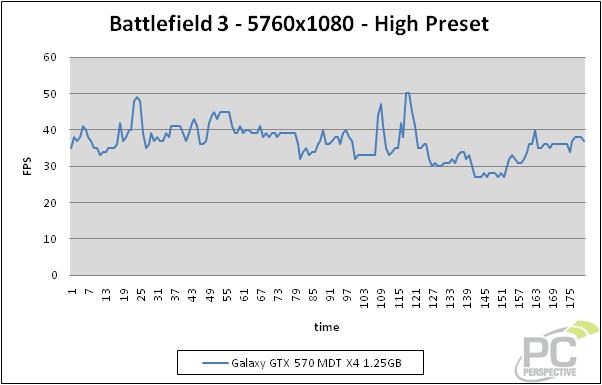 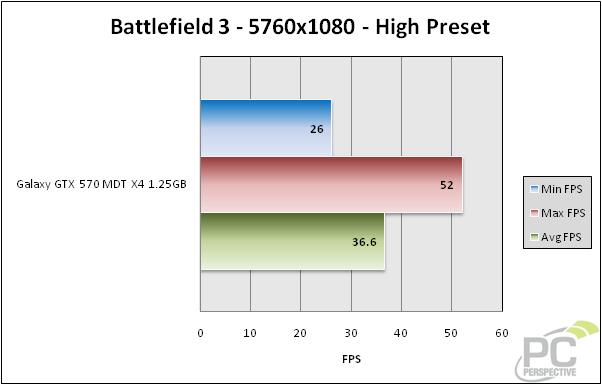 Wow, pretty impressive!  The Galaxy GTX 570 MDT X4 was able to push more than 36 average FPS with High settings in Battlefield 3 at 5760×1080 – obviously the added overclocked speed of the card helped out a bit.  I will be honest though, for multiplayer modes especially, you may want to decrease quality settings to move this frame rate up towards the 50-60 range for the best experience.

There are still some quirks that need to be worked out with multi-display gaming, whether we are talking about Galaxy’s custom MDT implementation or even NVIDIA Surround and AMD Eyefinity.  The menus and HUD items tend to be spread across the entire width of the frame causing users to have to turn their head quite a bit to see their current speed (Dirt 3) or ammo levels (BF3).  Other titles have it right (BC2) though and there appears to be enough momentum to carry this gaming trend well into the future.