Our 2.5" testing is done, well, sorta. OCZ took it upon themselves to slap a 2.5" HDD onto a PCIe board – mounted alongside a pair of SandForce 2200 driven 50GB SSDs. This brings the cache to a whopping 100GB. More than 12x larger than the cache of the Momentus XT, and a 40GB larger than the maximum allowed by Intel Z68 motherboard caching. Here’s a quick gander at the front / packaging: 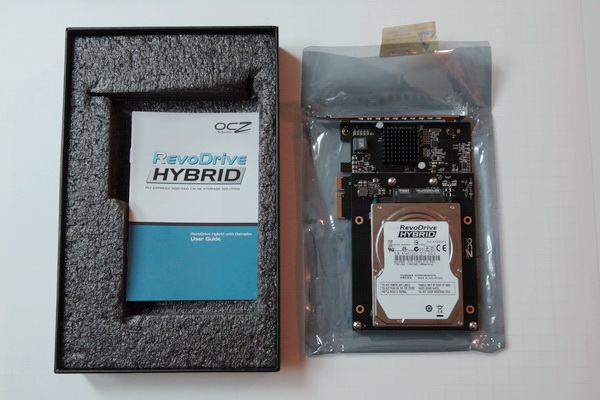 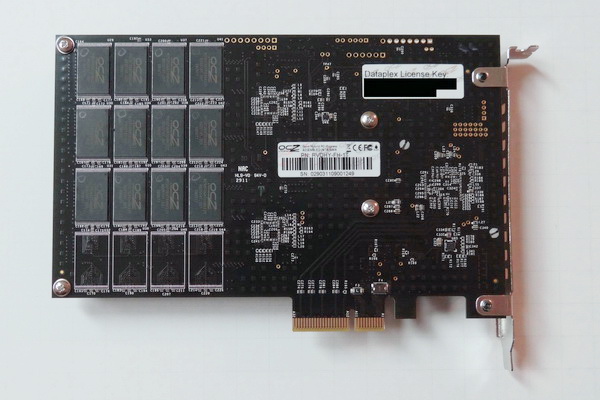 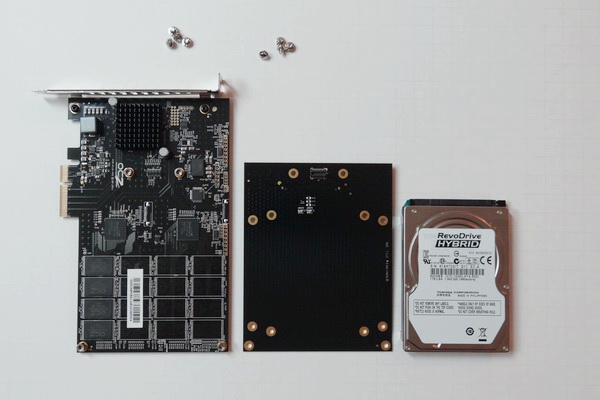 The HDD is a Toshiba 1TB model – model MK1059GS, which is physically thicker than the typical 9.5" form factor.

It should be noted that the RevoDrive Hybrid is logically closer to the Z68 chipset than it is to the Momentus XT units. The Revo-style SSD and the Toshiba HDD both appear to the system individually. Here’s a shot of how the card presents to the BIOS of our testbed: 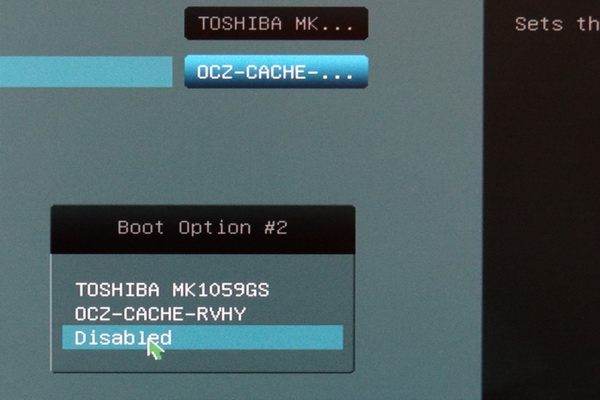 The user must take care to first install the OS to the HDD, and should disable the cache as any sort of boot option. Not only do they appear individually, there is no caching at play until the OS is installed and the special DataPlex caching driver software has been installed. This means your Windows install takes place at only HDD speed, and attempting to image an existing os to the HDD may require disassembly of the Revo. While the driver is yet another step required as part of the install (similar to Z68 caching solutions), it is fairly painless. The user is prompted for data and cache drives during the installation process: 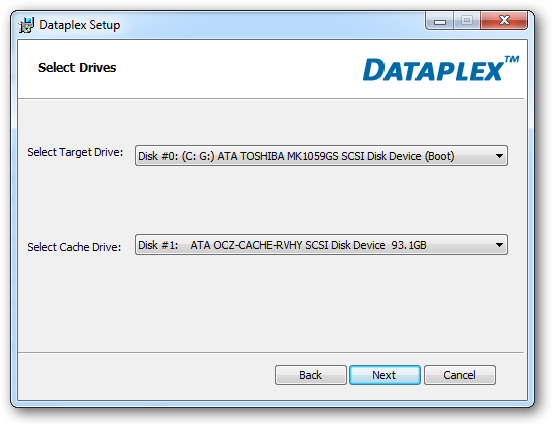 From that point on, the cache drive still appears in the BIOS, but the caching driver takes ownership of it at the OS level. The cache itself becomes invisible and is not listed in the Windows Disk management console. With our OS installed to the HDD and caching enabled, using the DataPlex software and the Revo SSD, here are the results: 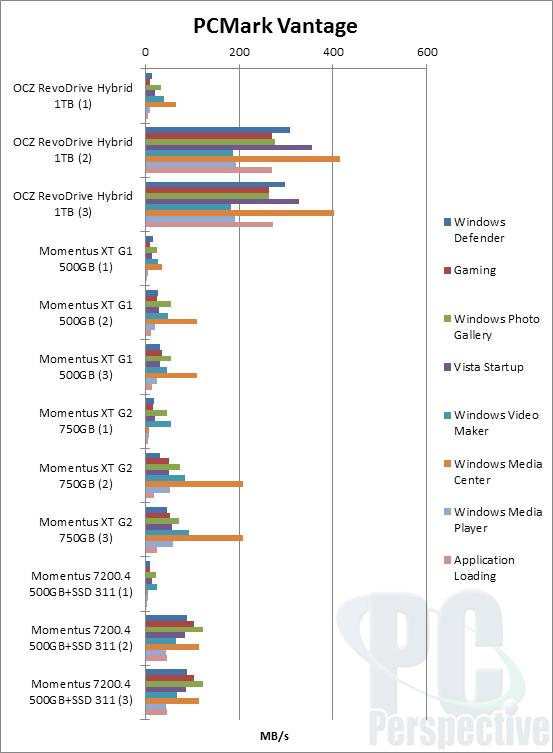 We slid the ‘pure SSD’ results off of the bottom and listed only Hybrids on this chart. In the first run, the 1TB drive looked very much like the other first runs, but the similarities end there. With ample PCIe bandwidth and a pair of high performance SandForce SSDs behind it, the RevoDrive Hybrid bests the competition by 2-6x across the board, clipping the 400’s. 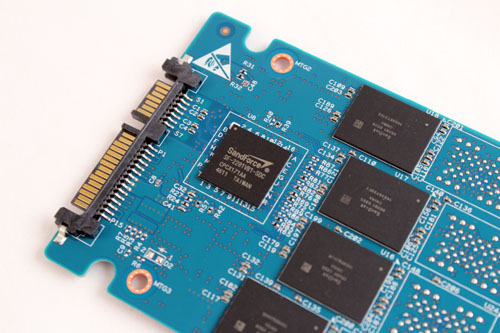 Sandisk’s Extreme 240GB, not the fastest but certainly the lowest in power consumption 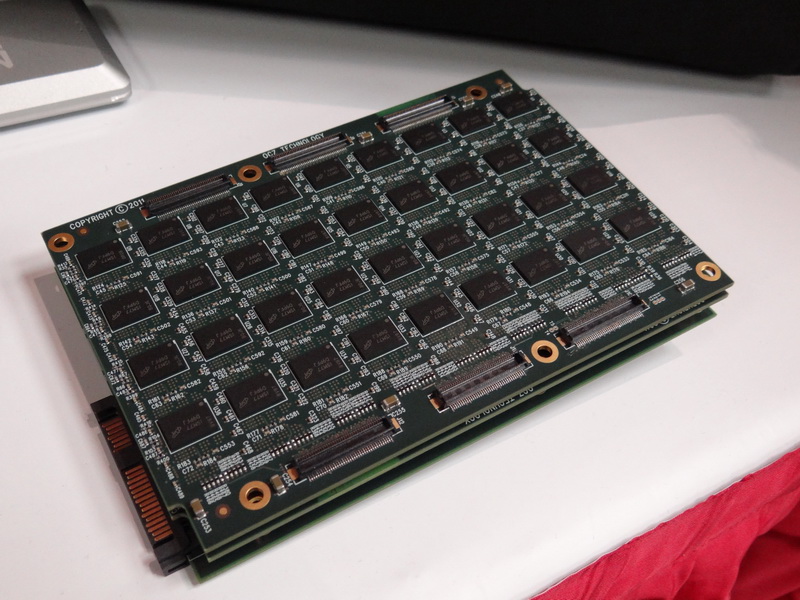