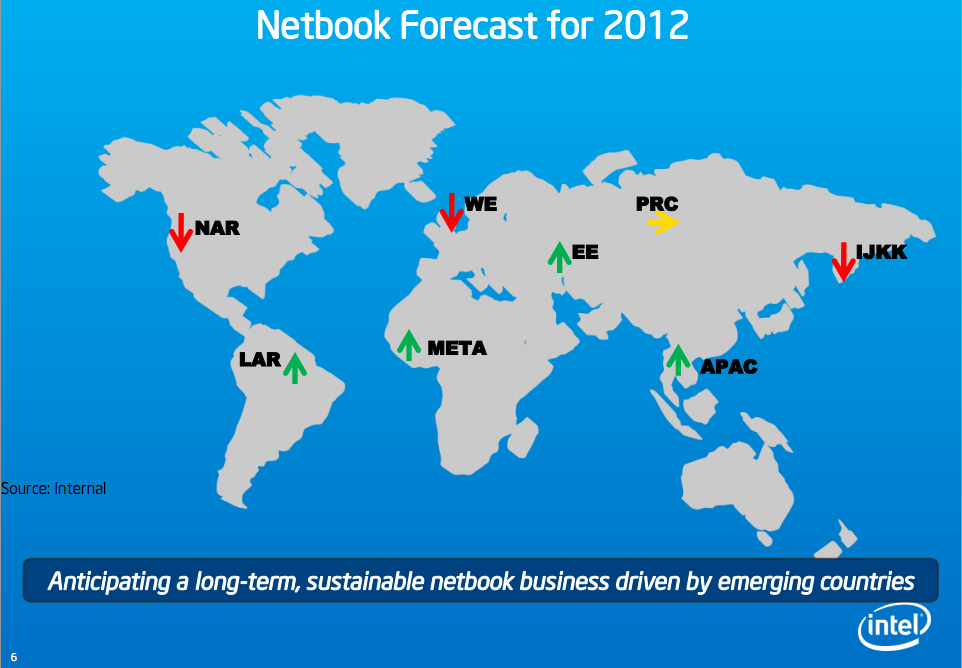 Intel has been pumping out quite a few new processors lately, with new Sandy Bridge-E CPUs, a new Sandy Bridge i7 2700K processor coming out, and now a new line of Atom CPUs sneaking in the news right before the new year!  Not to mention, they are also working on Ivy Bridge.

The new Atom CPUs are of the Cedar Trail variety and succeed the older Pine Trail-M Atom processors.  Currently, there are three Cedar Trail chips that will be available as soon as January in OEM systems including the N2600, N2800, and D2700 CPUs.  Further, the new chips are 32nm and have a 22x22mm package size.  These little chips are destined to power netbooks, tablets, embedded devices (think medical devices, ruggedized tablets, machinery).  Yes, Intel still believes in netbooks, and feels as though emerging markets will keep the market alive and growing as people want for cheap computers that are able to get them on the web.  While the netbook is losing popularity in the US, Intel expects the South American, Eastern European, and African markets to see great interest in the netbook platform.  Their netbook plans involve three price tiers with accompanying use cases including netbooks at $200 with minimal features and a price to match that enables people to access the web all the way to $400+ netbooks with lots of features that would fill out the market up to where the Ultrabook territory begins at around $900.

The new Cedar Trail processors improve upon the previous gen Atom chips by quite a bit, according to Intel.  The graphics aspect in particular has been improved such that 1080p HD Youtube and HD Netflix streams are playable at at least 24 FPS.  Something that early netbooks using Intel’s integrated graphics will never be able to do.  Intel further estimates a 50% lower TDP and a 28% processor performance increase over the Pine Trail chips.  Further, the new Cedar Trail chips have more cache at 2 x 512 L2 cache(s), higher clockspeeds, lower TDP, higher C-State (C6 vs C4E)/lower power usage in sleep mode, a 200MHz higher clocked graphics card (400MHz vs 200 MHz), and increased memory speeds (DDR3 800 and 1066 vs DDR3-667).  The fastest Nxx chip, the N2800 manages a .2GHz clock speed increase while also knocking off 2 watts from the TDP versus the previous top N570.

Needless to say, Cedar Trail is looking very good, on paper at least.  The individual chip specifications are listed below.

What are your thoughts on the new Cedar Trail chips, do you think they will provide enough "oomph" to make new netbooks desirable again?  Some more information can be found here and straight from Intel here. 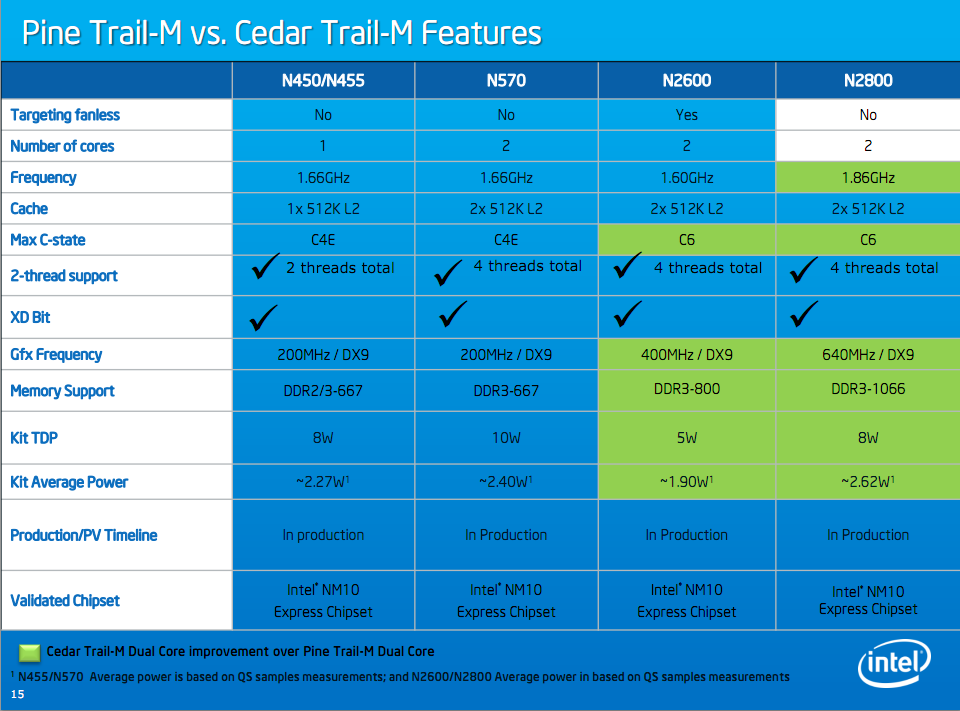