Rebranding and rebadging is becoming a very bad habit for both major GPU manufacturers. It is fair to imply that NVIDIA was the first to start doing so on a regular basis but AMD has noticed that they have successfully managed it on several different chip families and has since joined in on crushing enthusiasts hopes in the holy name of the profit margin. On the other hand, with the financial difficulties that both companies are experiencing it is a viable strategy no matter how much enthusiasts dislike the practice.

Just two weeks ago we received information about the mobile chips from NVIDIA and AMD and the news was not good. From AMD we have rebranded Turks and Caicos chips with improved clock speeds but the same base technology already on the market. NVIDIA didn’t even go that far and released the exact same chips as the previous generation, under new names.

We have heard rumours that AMD will also be applying that marketing strategy to at least some of the upcoming HD 7xxx series cards but thanks to a link from VR-Zone we know where the new chips will start. The HD7770 will feature Graphics Core Next and a 128-bit memory interface, replacing the ageing Juniper chips. As far as power there seems to be only a single PCIe 6 pin connector needed, which should keep the power draw to around 100W. If you are planning on picking a new AMD card when they arrive on the market ensure you do not look lower in the family as you will be picking up a rebranded card. 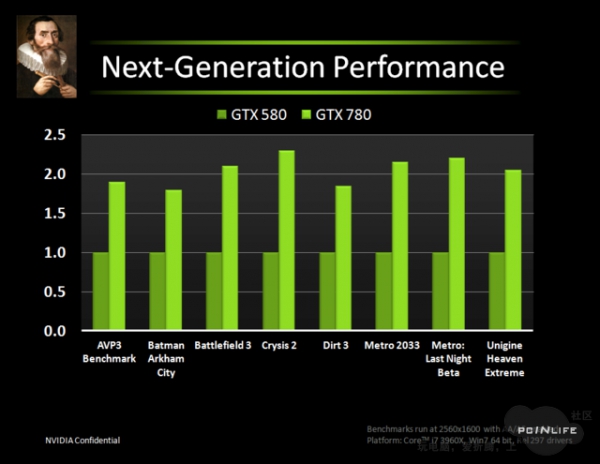 There was also a leak on the NVIDIA side today, with a single slide marked for internal use only appearing at a site called EXP Review. These types of slides and the benchmarks on them should always be taken with at least your daily allowance of sodium, if not more as the rules for what optimizations can be done to the benchmarks are very different for internal testing. They do show a nice performance difference, the GTX780 ranges from 190% to 230% of the performance of a GTX580. Astute readers will immediately start wondering what happened to the GTX6xx family, as according to this slide NVIDIA seems to be skipping an entire series with Kepler. Perhaps that is where rebranded Fermi chips could find a niche?

The coming year looks dangerous for GPU buyers, with older cards masquerading as newer models, thanks to AMD mixing VLIW4/5 cards with GCN cards and NVIDIA’s suspicious naming scheme. While we have a bit of information about AMD’s new cards, no indication of their performance has tipped up on the net. If NVIDIA’s benchmarks are even close to reality a doubling of performance in a single generation would be a coup for them, as that type of increase in such a short time is almost unheard of. Then again, NVIDIA has been working on this architecture for a long while now. We will find out more over the coming months as both products come closer to their first appearance on the market, likely by the end of Q1. 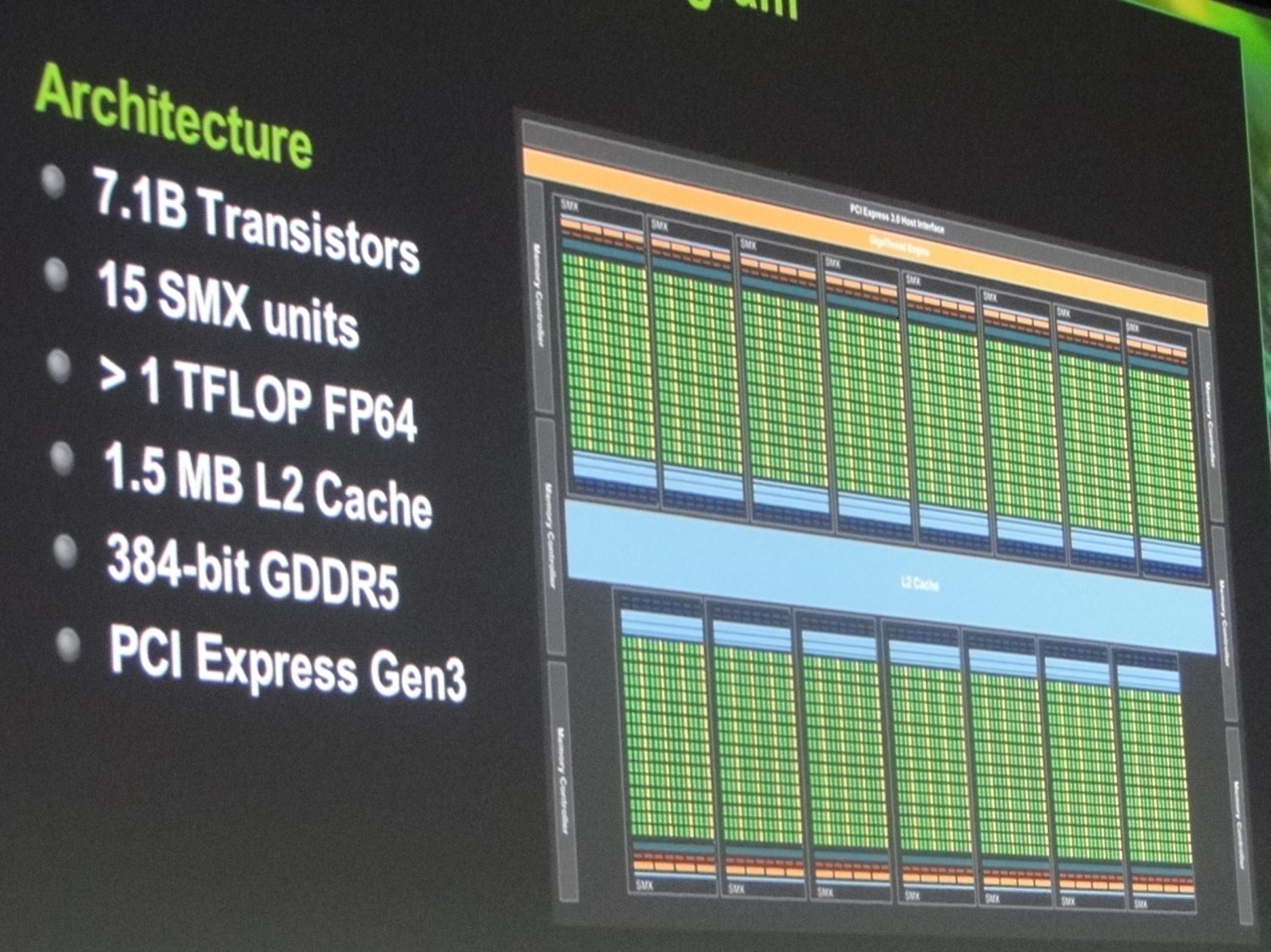