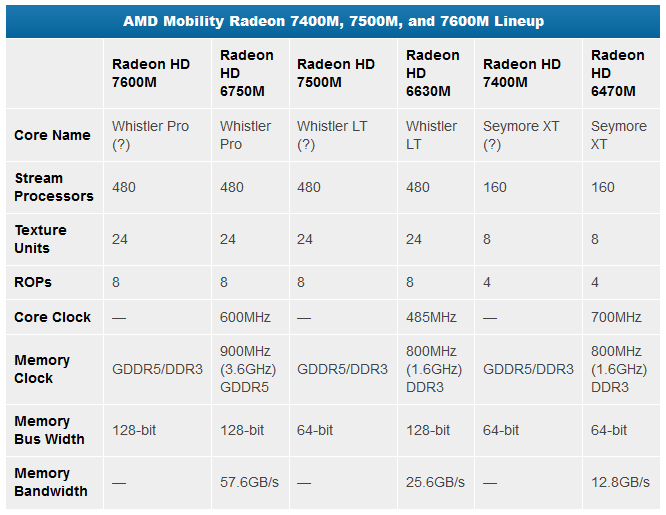 Before you start to get too excited when you read about the AMD Radeon 7000M announcement today; realize this is a rebranding of Turks and Caicos, not the arrival of Southern Islands.   While AMD might disappoint, at least the performance of the chips has been increased; NVIDIA went for a straight rebadge.  Even if you squint, the stats for the GT630M are the same as the GT540M and same with the 610M and 520MX.  There looks to be a slight difference in memory bandwidth between the 635M and 555M but AnandTech is doubtful that it is truly the case.

While we still don’t know the exact frequencies that the so called 7000M chips will have in the end, they will be higher than the parts that they replace and will come in two flavours.  The less expensive part will be DDR3, with a DDR5 alternative for those who want a bit more performance.  Read on for all the gritty details or just look at the tables below. 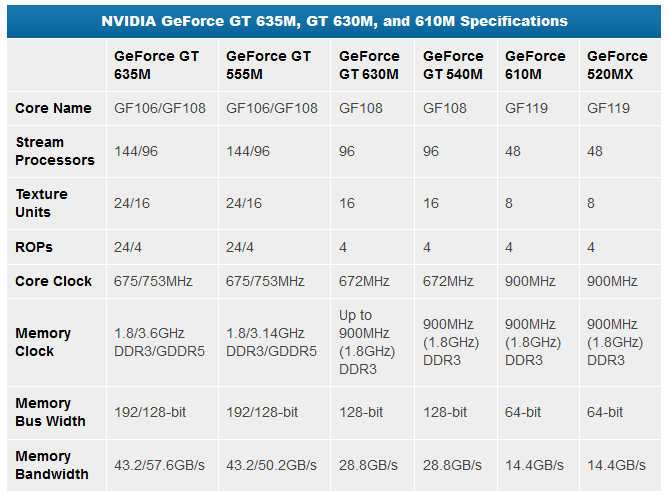 "We just covered the AMD side of things, but yesterday NVIDIA quietly refreshed their entry-level and midrange mobile GPUs in a similar manner. We weren’t briefed on the updates, most likely because there’s not much to say. Like AMD there are three "new" 600M parts. Here’s the overview of what NVIDIA is offering, with the previous generation equivalents listed for reference." 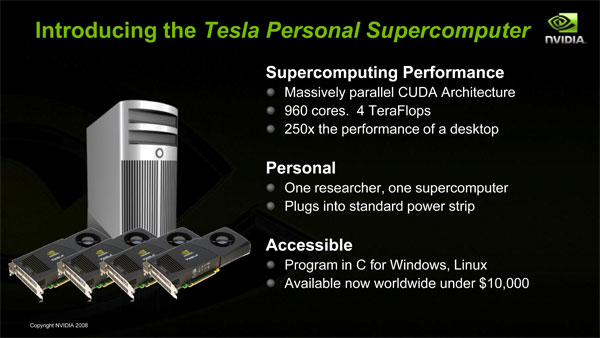 Yakking about the Xbox 360 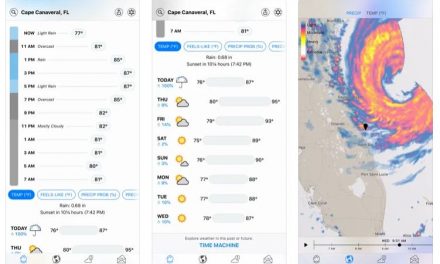