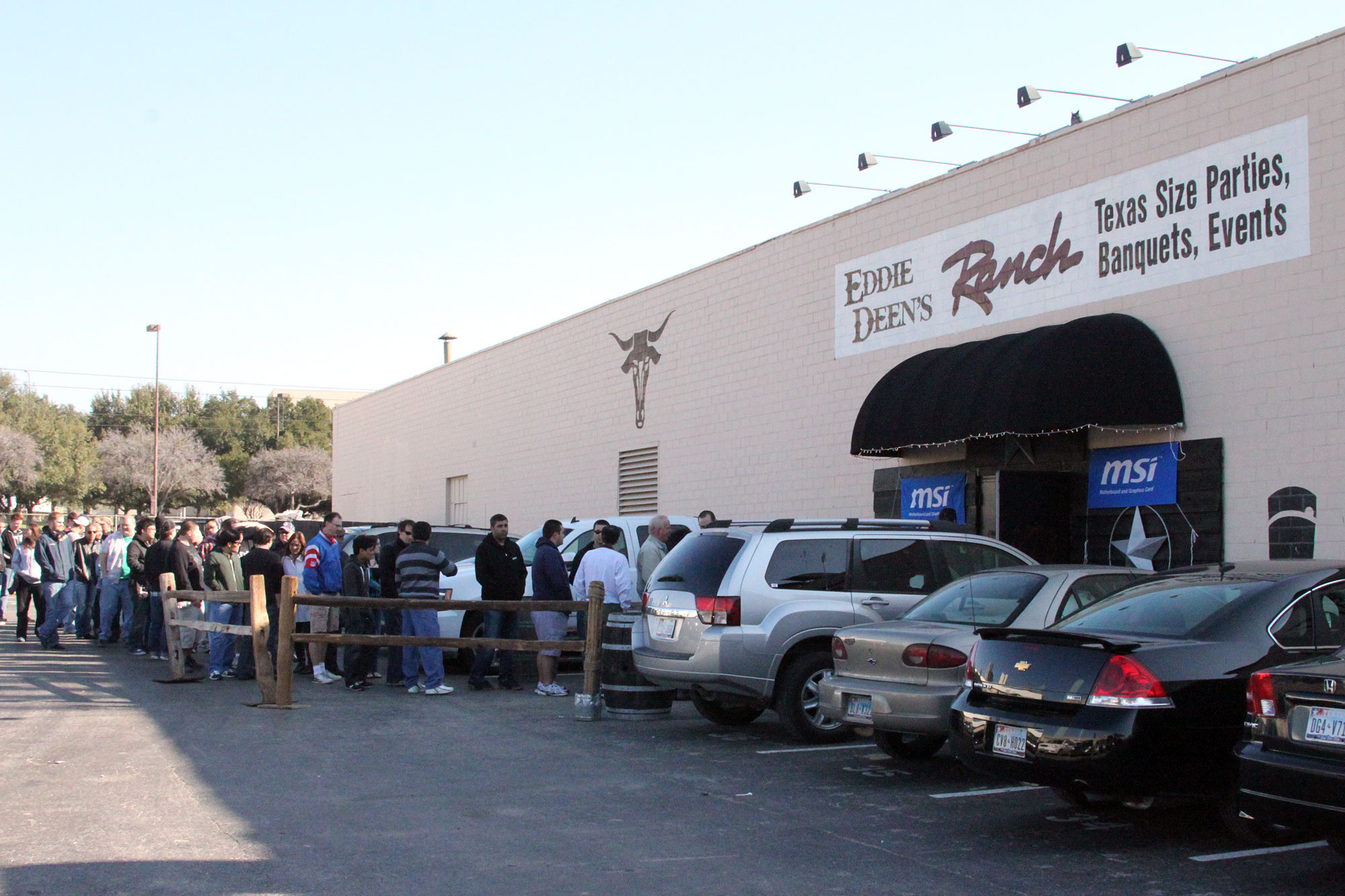 More than 500 people made the trip to Eddie Deen’s Ranch in Dallas, Texas to attend AMD and HardOCP’s FX Game Experience event today. Many of the tech industry’s heavy hitters were on hand with interactive booths to showcase their latest PC hardware and provide people with around $50,000 in giveaways and prizes.

Check out our video coverage of the AMD [H]ardOCP FX GamExperience 2012 event! 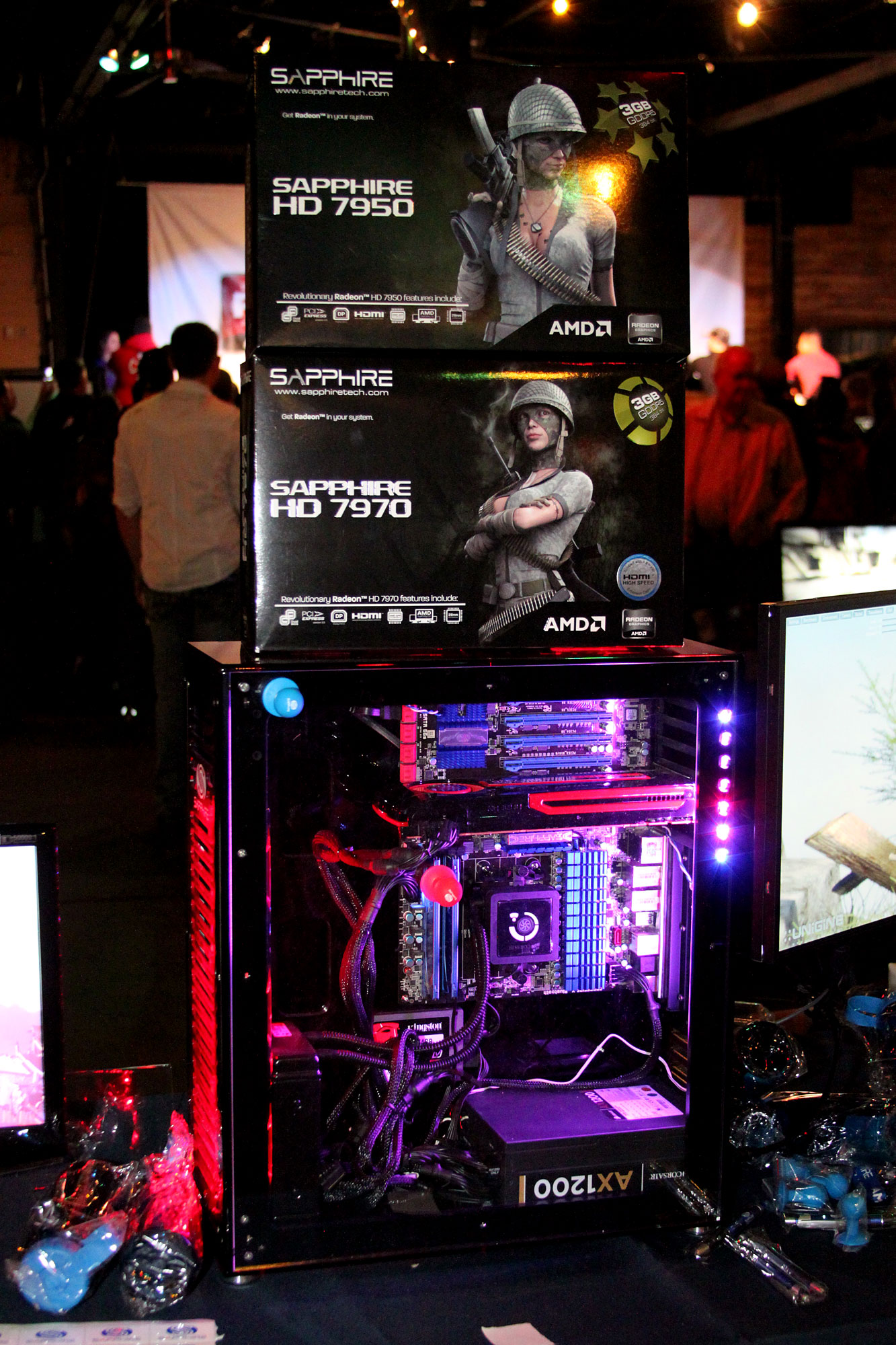 ASUS, MSI, and Sapphire each brought their latest respective AMD-based motherboards and performance graphics cards to showcase at the event, including their HD Radeon 7950 and 7970 offerings. ASUS also gave the audience a closer look at some of their other PC gaming peripherals, wireless routers, and Blu ray burners.

Check out all of our coverage of the AMD [H]ardOCP FX GamExperience 2012!! 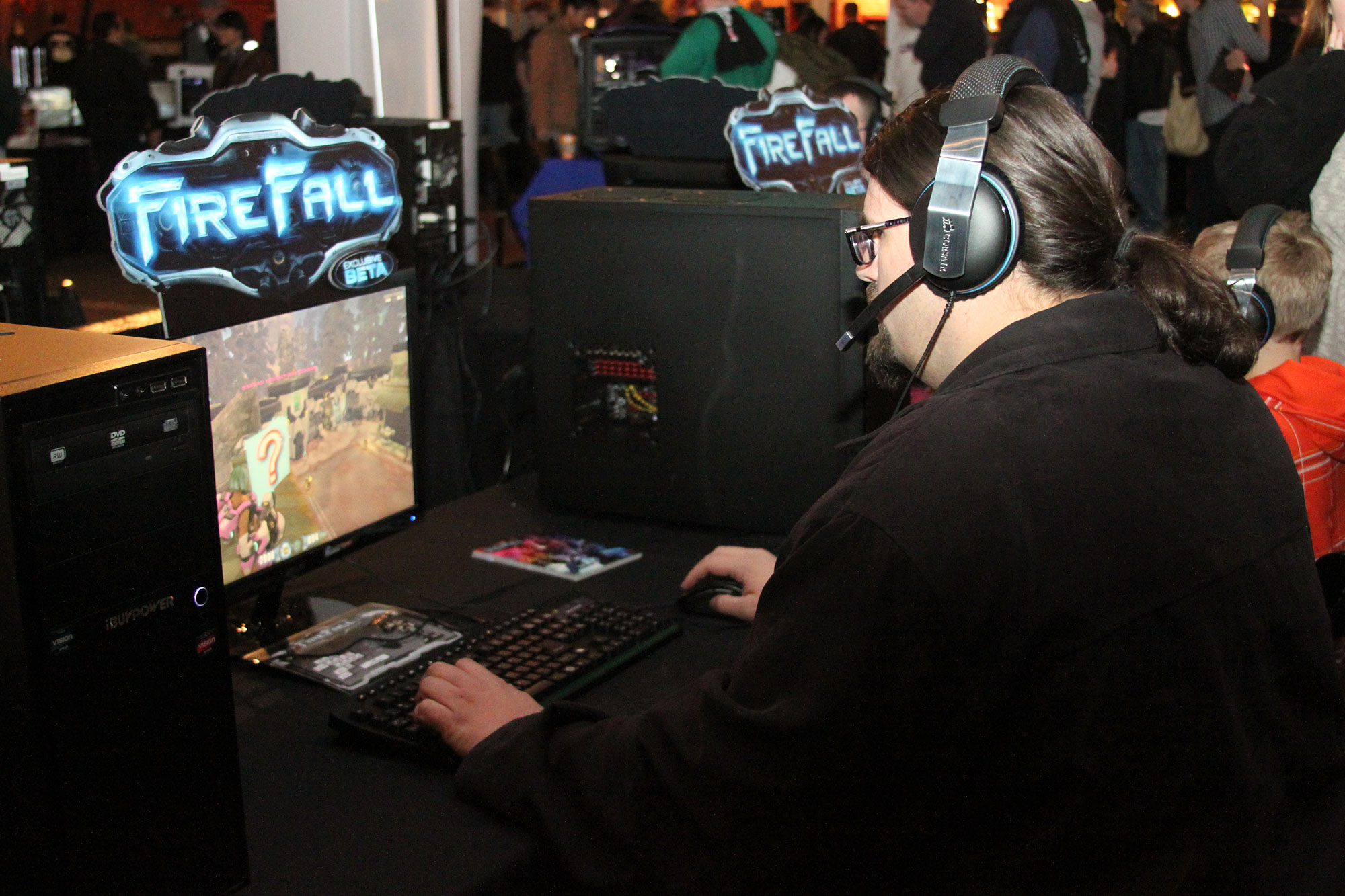 Gamers also got to test out the beta version of Firefall, which is a team-based action shooter with a large focus on character progression. It combines vast open-world, co-op gameplay that can be shared by hundreds of players. Blacklight Retribution was also on hand to survey the crowd’s initial impressions of its fast-paced, first person shooter gameplay. AMD also hosted a Battlefield 3 gaming tournament that teamped up randomly-selected gamers to play each other to win a host of prizes. 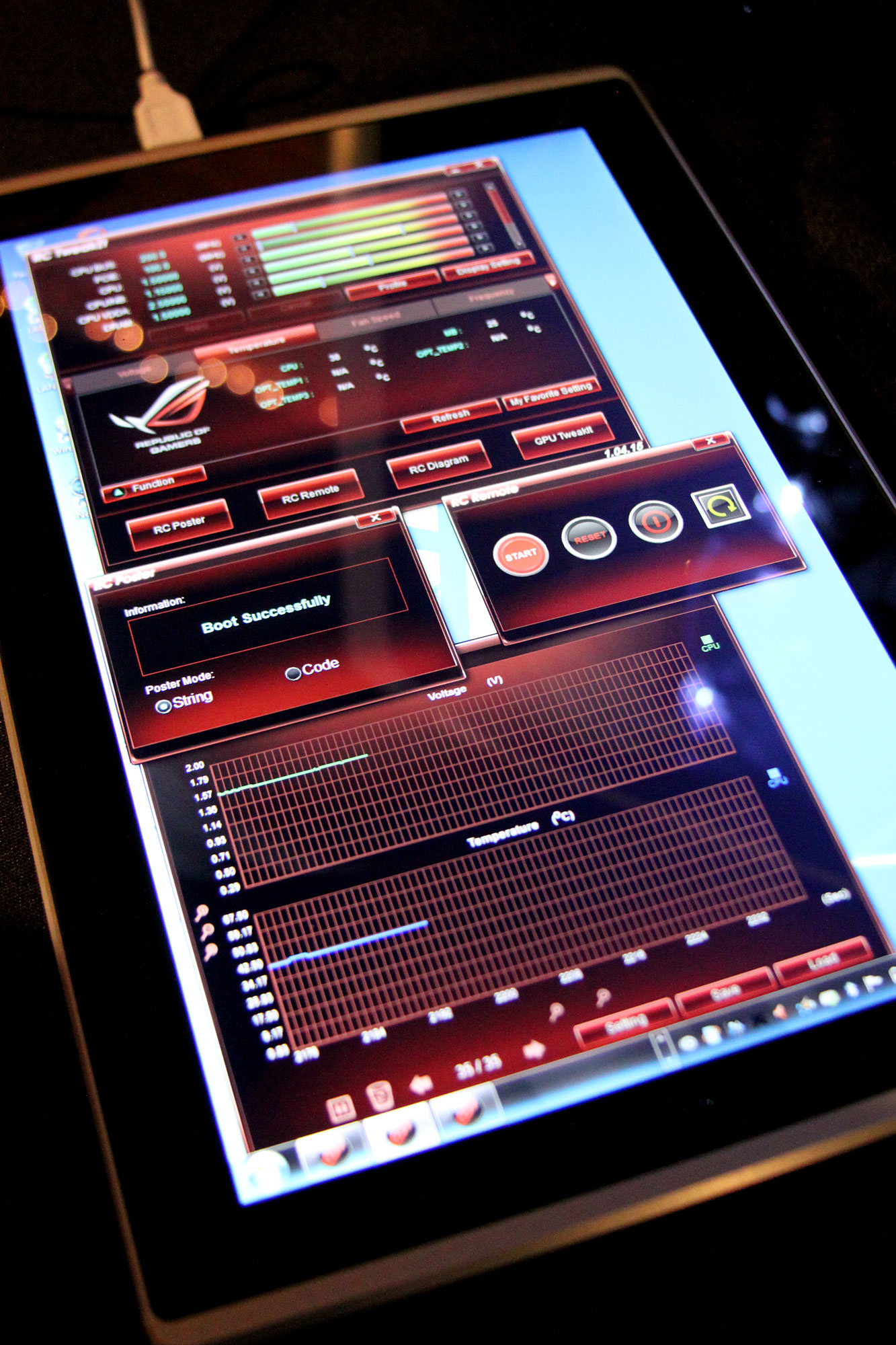 All the vendors hosted several breakout sessions and workshops with event attendees on their latest products that consumers will see on store shelves this year. 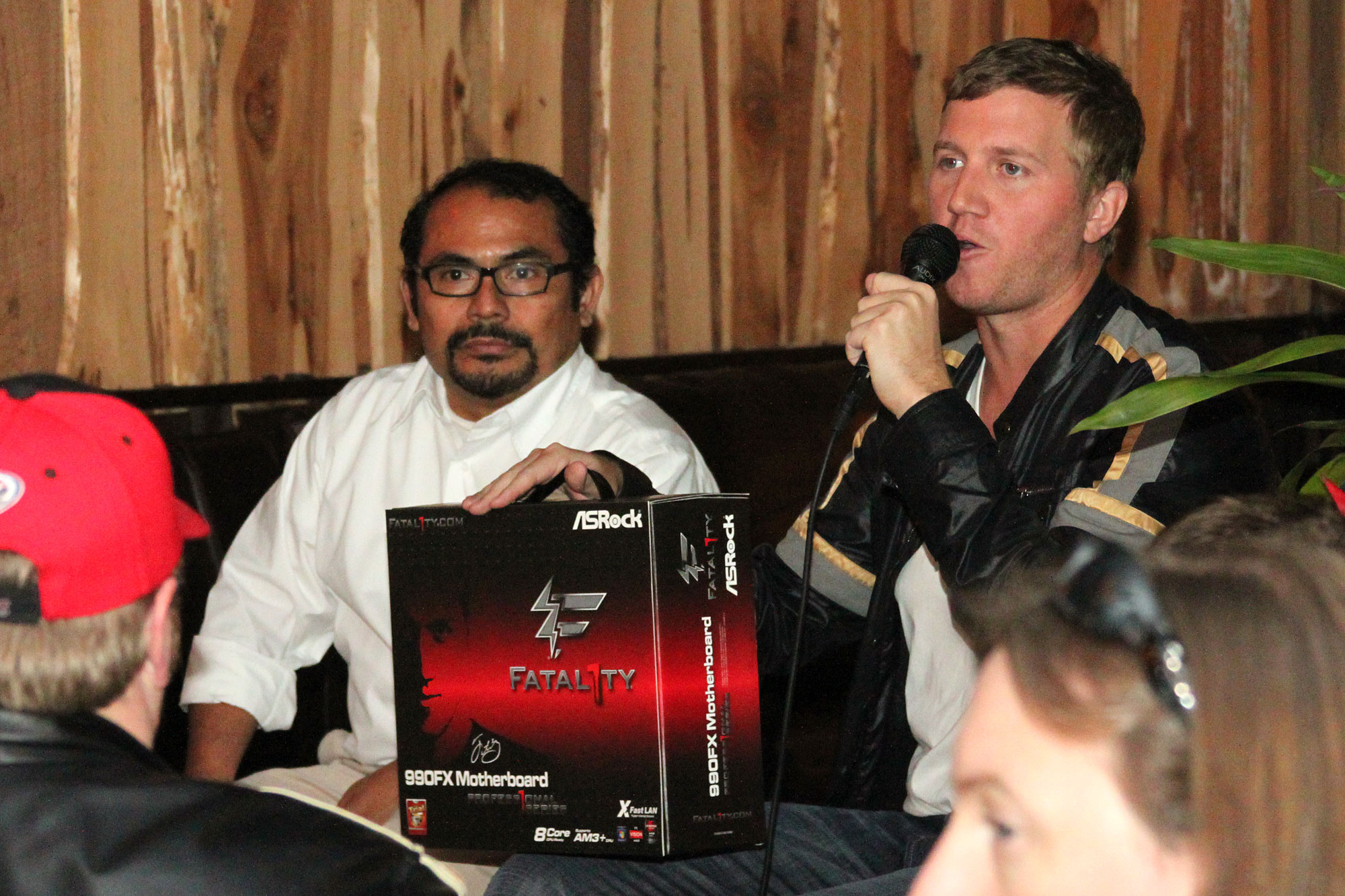 Even pro PC gamer Johnathan "Fatal1ty" Wendel was on hand to discuss his latest Fatality Professional series motherboards being manufactured by ASRock. 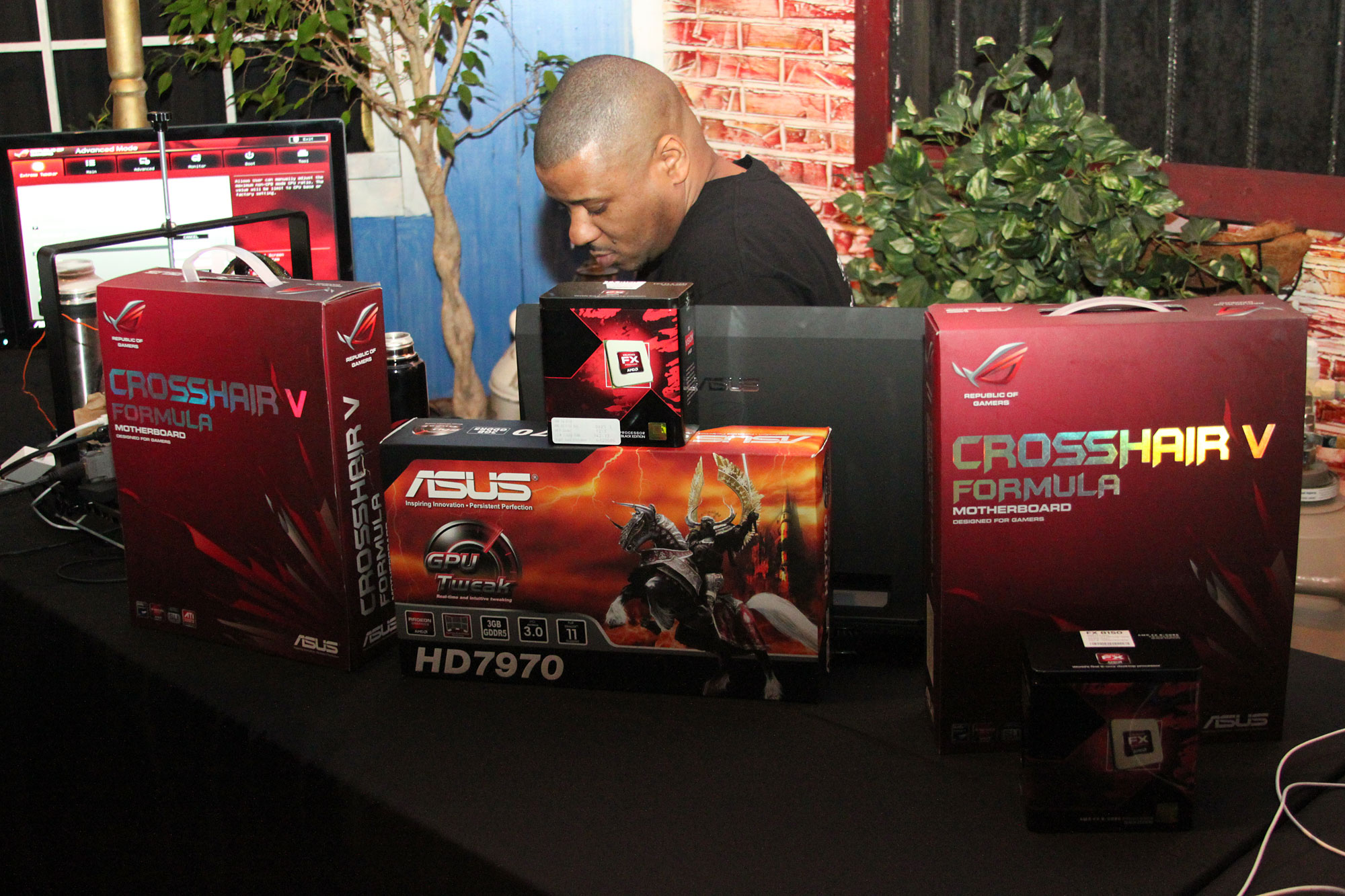 ASUS held an overclocker’s challenge to see who could get the best overclock on AMD’s FX 8150 eight-core processor. ASUS was also showing people how to use their GPU tweak utility to squeeze a few more megahertz out of their GPU and memory. 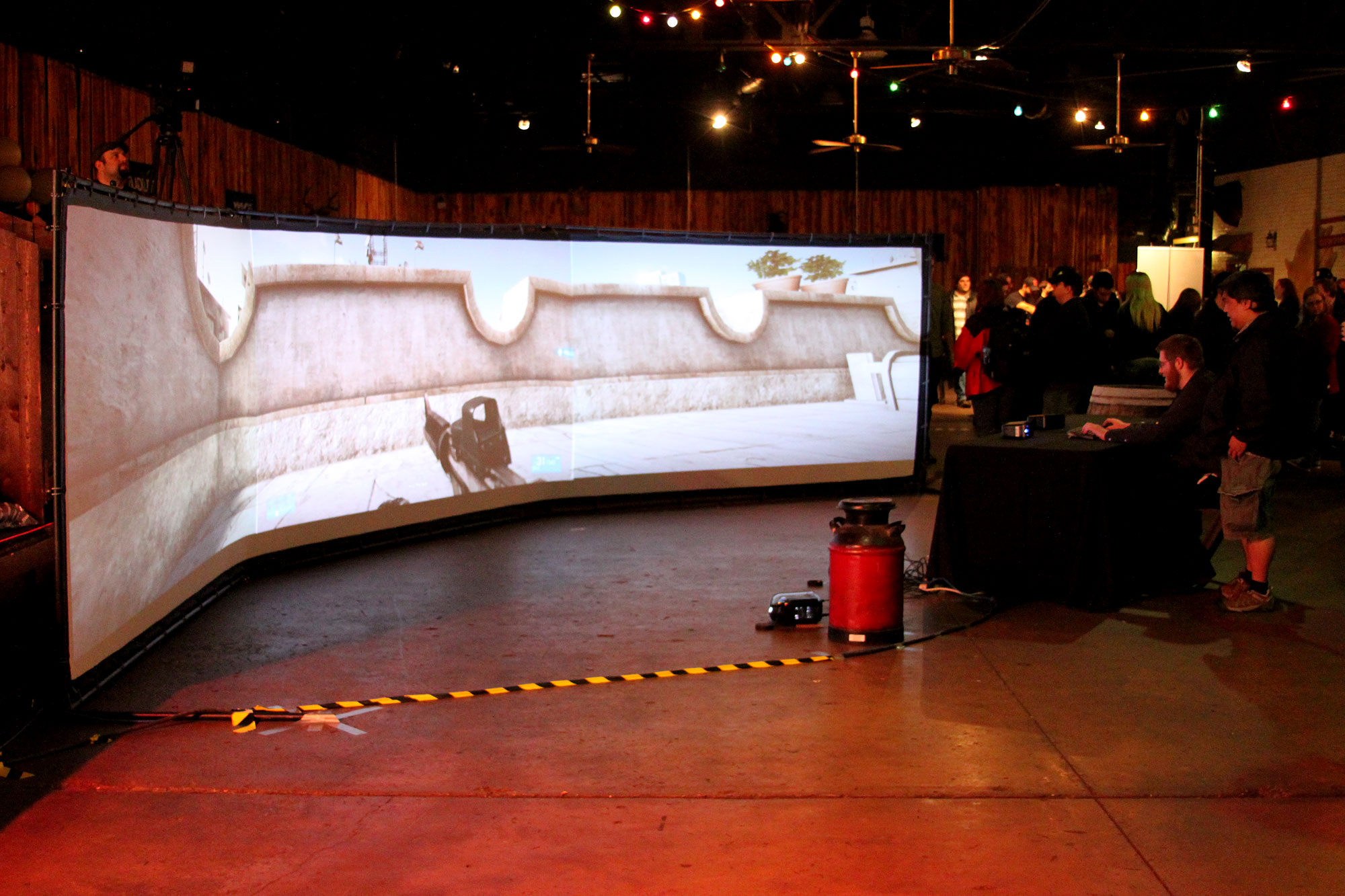 One of the biggest attractions at this year’s event was definitely the two gigantic Eyefinity gaming setups using three Optoma HD projectors. Both projector screens were 30 feet wide and 6 feet tall a piece and allowed gamers to enjoy Battlefield 3 in stunning 5760 by 1080 resolution! 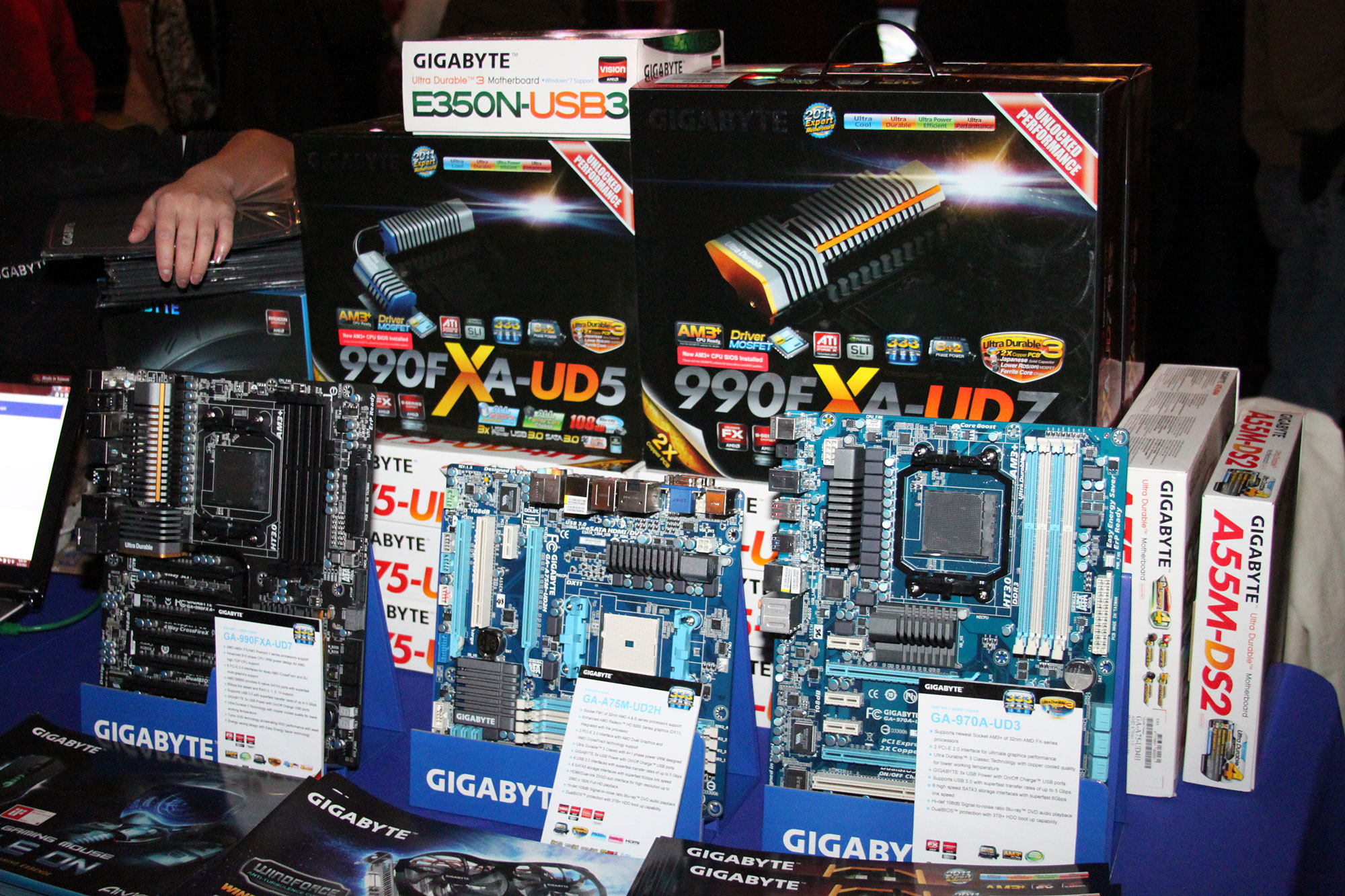 This was the third year that AMD and HardOCP teamed up to showcase AMD’s latest products and give back to the gaming community. The support from vendors in the PC hardware industry was outstanding as more than $50,000 in prizes were given out this year. This small community get together looks to become one of the annual gaming events that gamers won’t want to miss.

Looking for more AMD information??  Check out these articles: 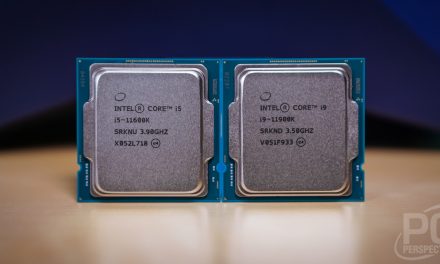