Even though AMD is not releasing a reference design in the same way as they did the Radeon HD 7970 for this new card, we were still sent cards directly from AMD that take the same appearance as the first Tahiti cards out the gate.  This means our review isn’t EXACTLY indicative of the look, performance and power of the retail cards you will be able to purchase, you should expect the custom designs from XFX, MSI, ASUS and others to be right in line with these results. 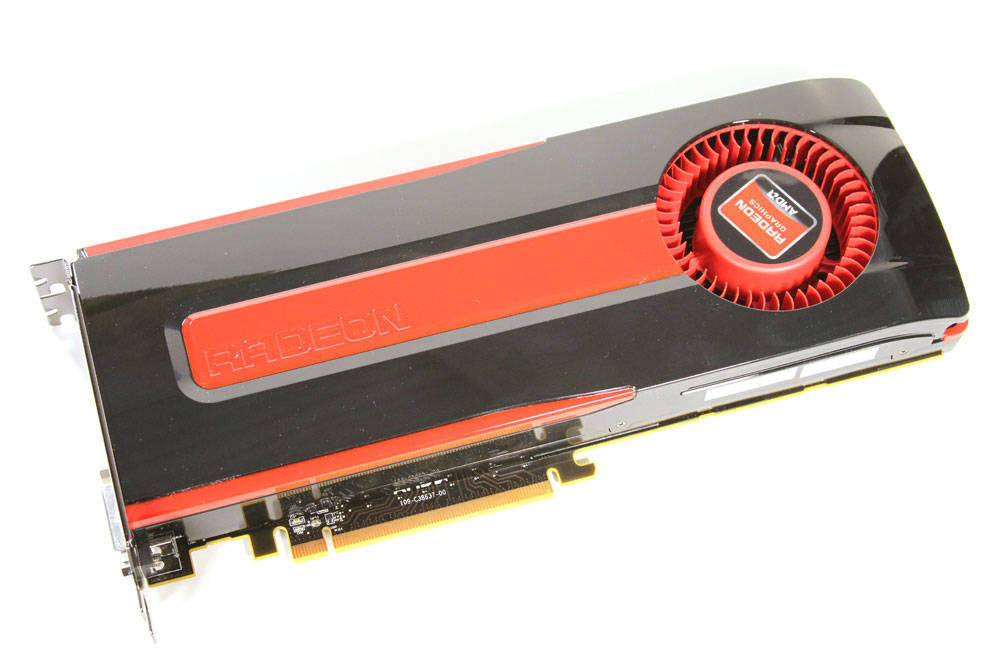 I am personally glad that board partners aren’t going to have reference designs of the HD 7950 if only because I hate the fingerprinty-ness of this heatsink and fan design.  I know most users don’t fondle their graphics cards as much as we do here during the review process, but it just bothers me while trying to take photos.  The card length, size and cooler remain essentially the same as we saw with the HD 7970 which again makes perfect sense based on how similar the GPUs are. 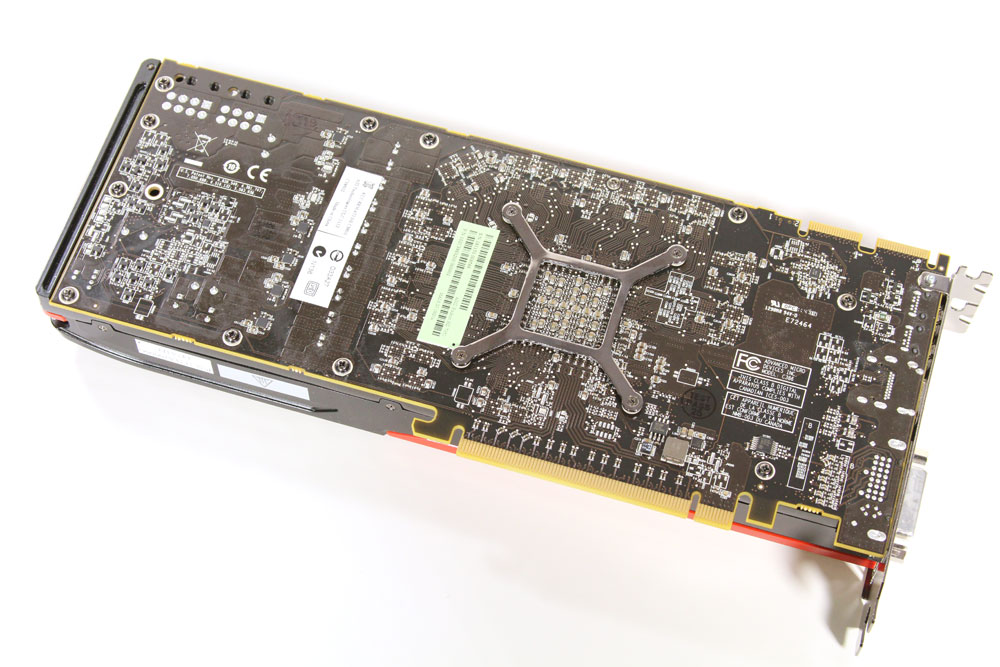 The PCB is pretty much the same here as well with nothing out of the norm here on the reverse side. 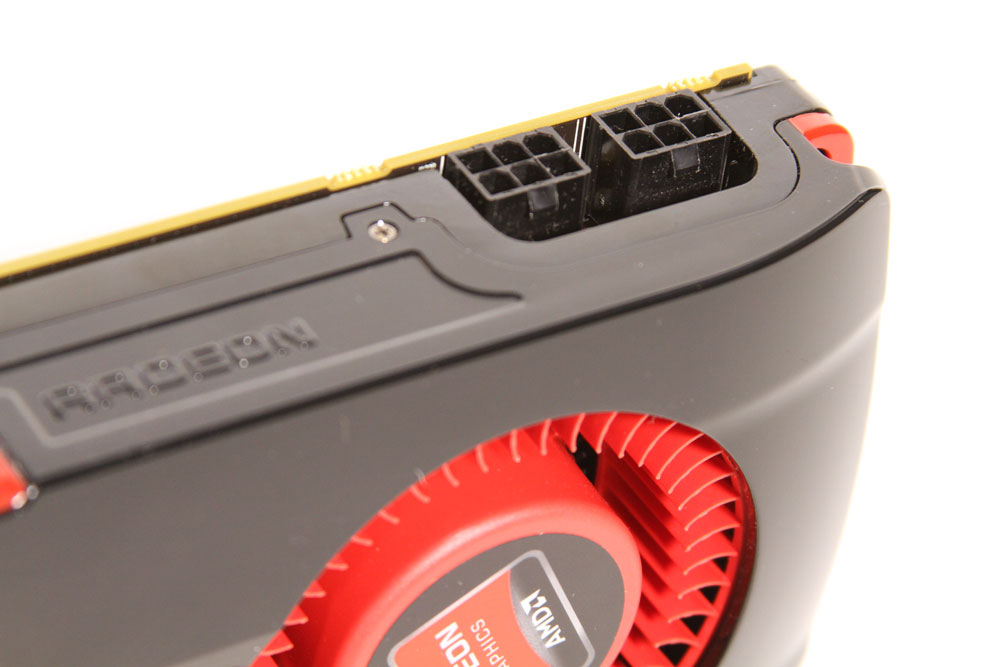 Right away we know that the Radeon HD 7950 will use a bit less power than the HD 7970 as it only requires a pair of 6-pin PCIE power connections as opposed to the 6+8 combination. 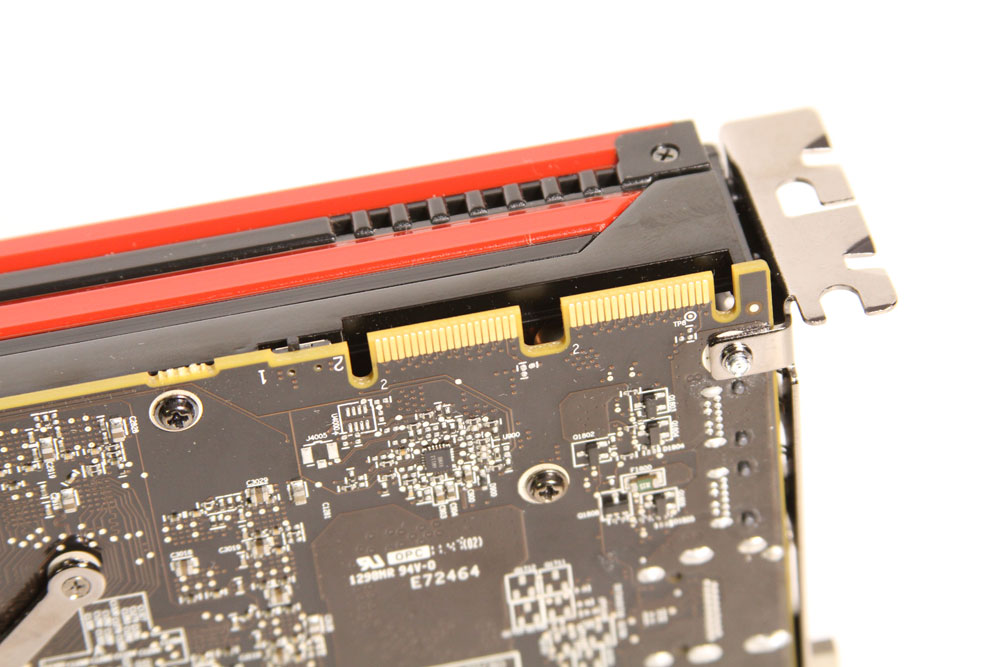 CrossFireX is still supported for multi-GPU action up to four GPUs. 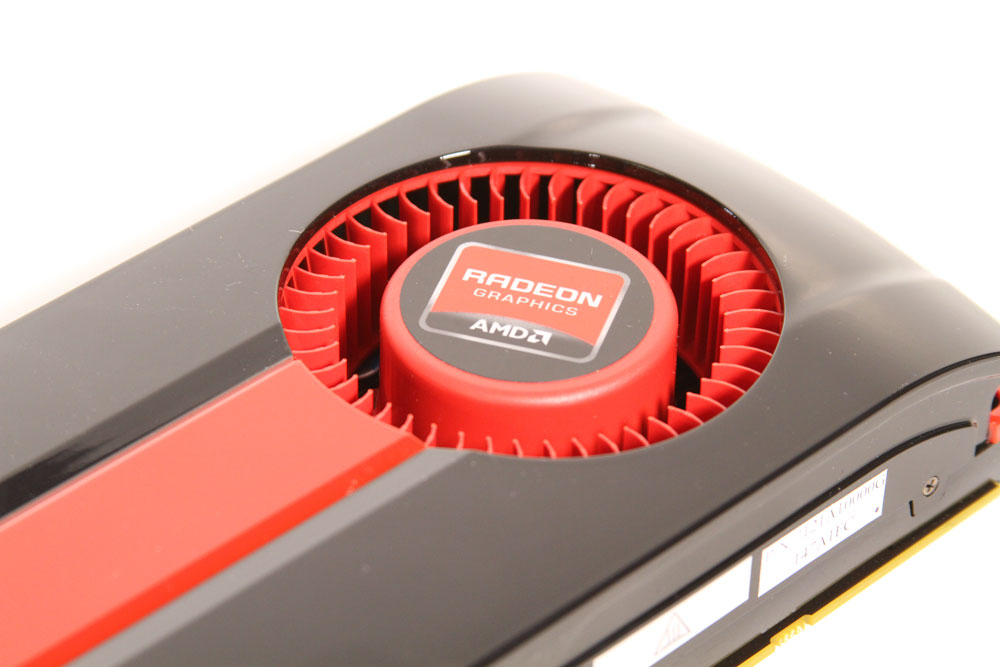 We won’t spend much time on the fan and cooler here since we have already noted that the reference cards won’t be making the rounds on the HD 7950 but the red/black design is still pretty sexy. 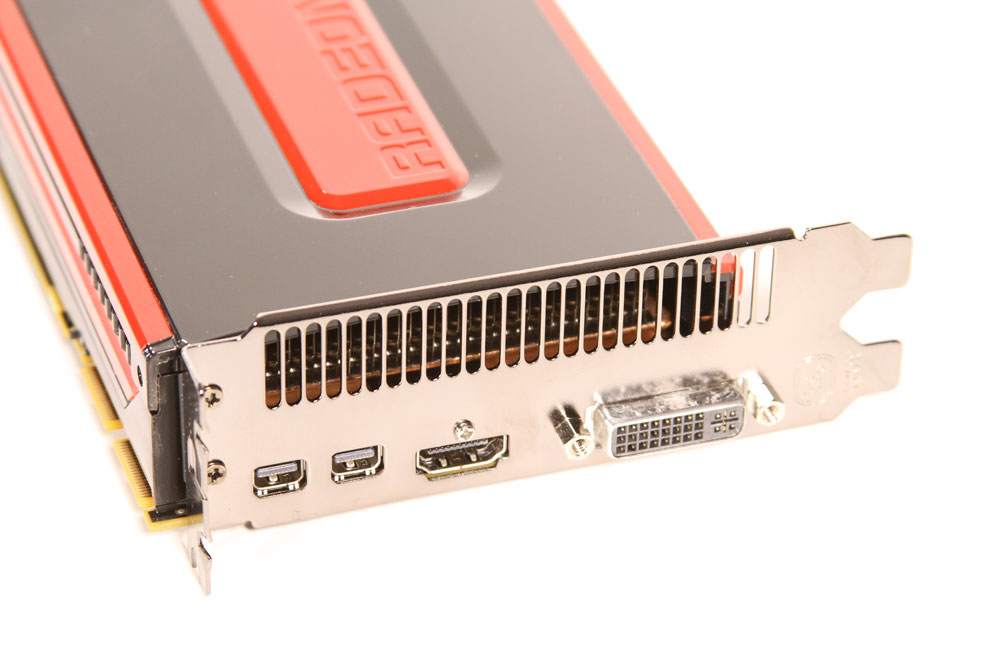