Just as with our HD 7970 review we are going to be using AMD’s integrated Overdrive technology found in the Catalyst Control Center to push the Radeon HD 7950 even further. 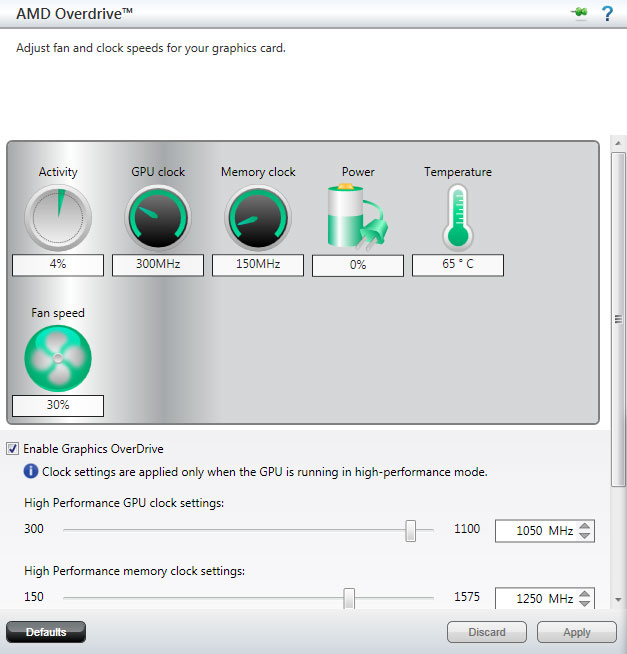 While the software tops out at the 1100 MHz clock speed, the highest we could run stable without voltage and power adjustments was 1050 MHz – a healthy 31% bump over the 800 MHz reference speed!! 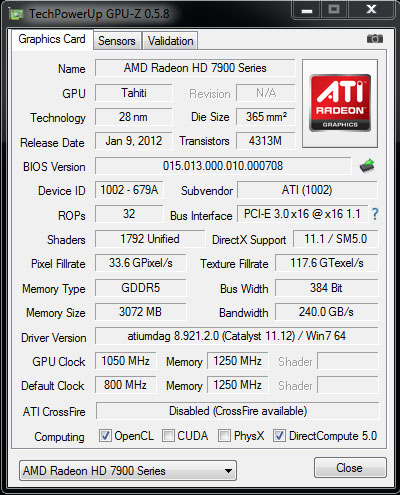 Here is the GPU-Z shot validating our clock speeds… 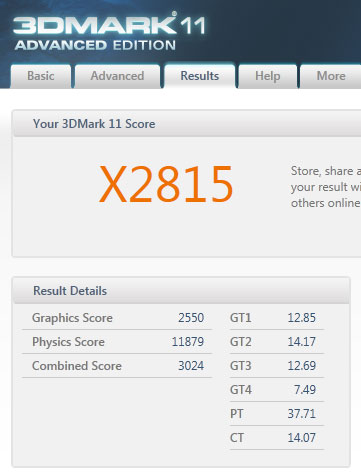 And the 3DMark11 score of 2815 at the Extreme preset to really drive the point home.  For comparison, the reference speed hit a score of 2276 giving us an advantage of about 24%. 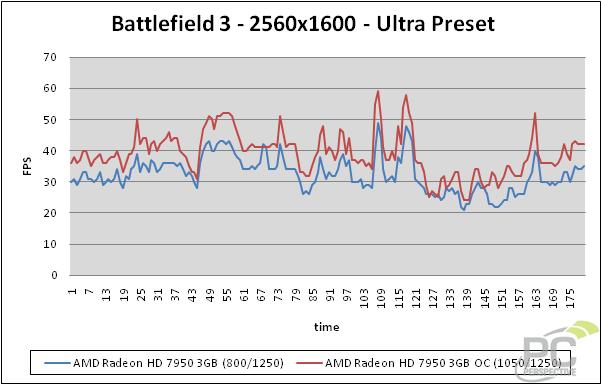 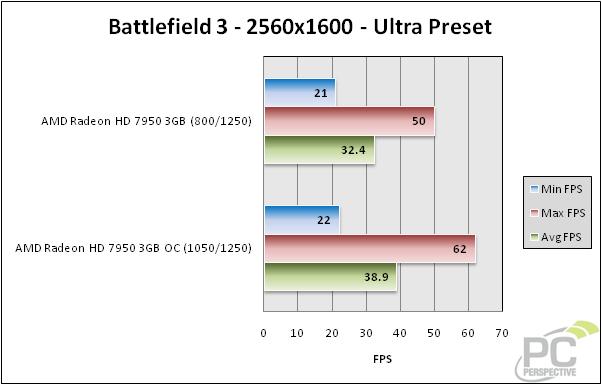 I wanted to see the real-world benefits of these overclocks so we put the 1050 MHz clock rate through some testing including the 2560×1600 resolution of Battlfieled 3.  Our scores show a 20% performance boost is great to see especially considering this cost us, and will cost the user, exactly zero dollars.  And again just for comparison, the Radeon HD 7970 3GB card averages 39.1 FPS in our testing – just BARELY ahead of our overclocked HD 7950!!