ASUS’ Republic of Gamers is off to an incredible start this year with the release of the HD7970, though there are always those who cannot leave their GPUs at reference speeds.  For instance Shamino, who is not just a ranger in the Ultima series, but is also now the ultimate champion of extreme GPU overclocking.  Taking a brand new HD 7970, removing the stock cooling and replacing it with LN2 cooling has netted him the record for single GPU performance.  He scored 15,063 on 3DMark11 and 54,725 on 3DMark Vantage with an 84% overclock, the GPU was running at 1700MHz when he hit the record. 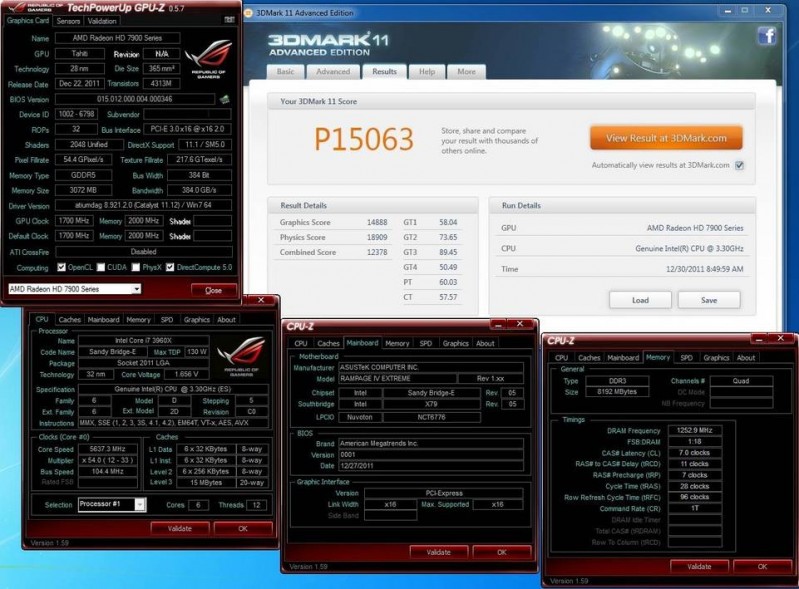 It can certainly be hard to get into a game when you need to constantly replace the evapourating LN2 cooling the GPU but for overclocking purposes you simply cannot beat the cooling ability of LN2.  His record may not stand for long, they never do in OCing competiton, but for now he is king of the ring and is looking to move onto bigger and better things … in this case a quad-CrossFire system which he intends to use to take the grand title of fastest graphics performance on the planet. 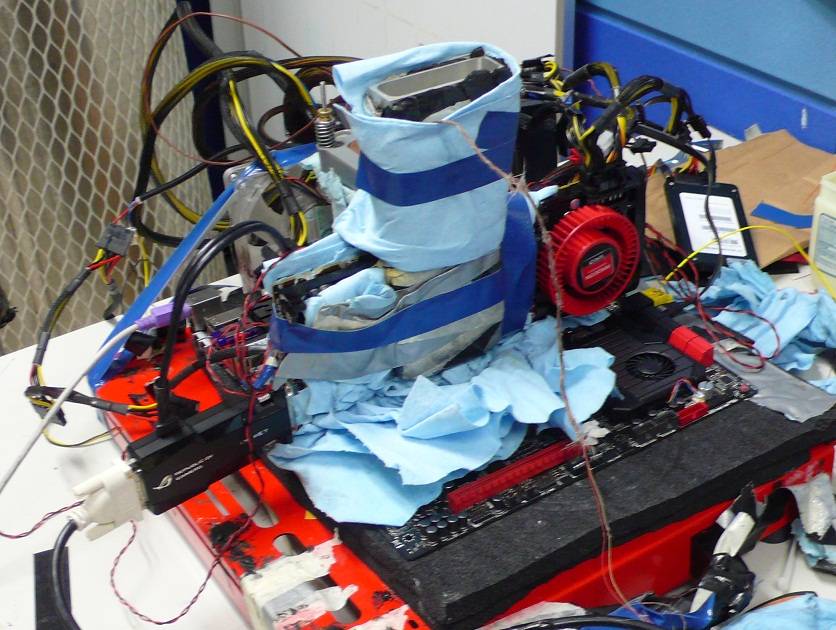