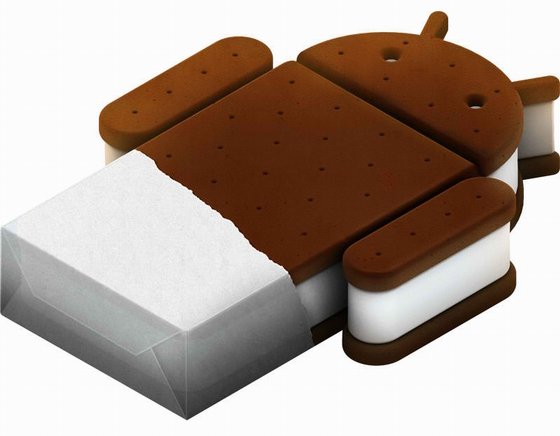 The Dark Side of Ice Cream Sandwich, Performance

The Dark Side of Ice Cream Sandwich 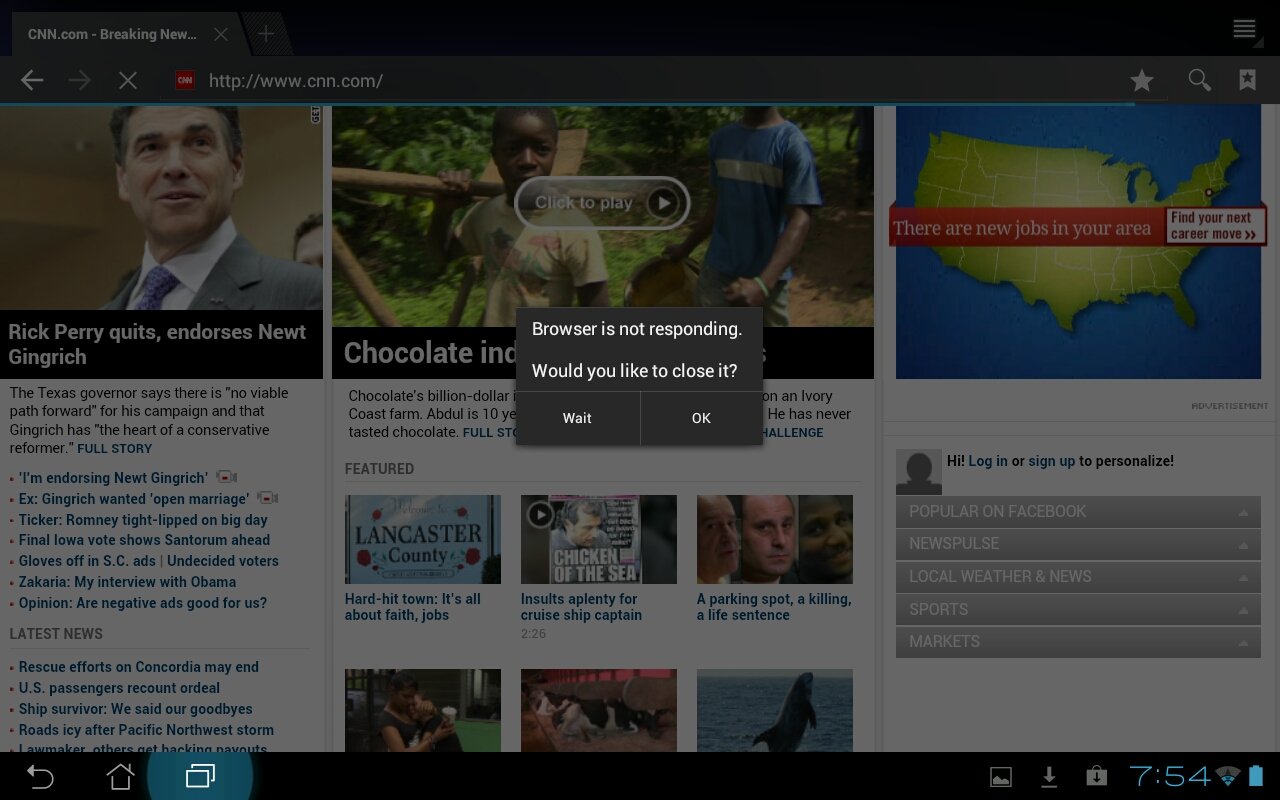 For some reason, Google decided to make multi-tasking less enjoyable in ICS. The thumbnail view for multi-tasking no longer includes an “x” which can be tapped to remove an app. Instead you have to long-tap a thumbnail and then select “Remove from list” from the resulting pop-up menu.

Look, I get it – these apps are not really running in the background, so removing them doesn’t “close” anything. That’s not the point. The point is that removing apps from the thumbnail view is a good way to manage multiple apps, and increasing the time it takes to remove an app only makes multi-tasking more annoying. Edit: A reader has pointed out that thumbnails can now be removed by swiping them away, something I did not notice. It works well, so these negative comments should be disregarded!

And then there are the bugs. Browser crashes with the stock browser happen too often, even on pages that are relatively mundane, such as CNN or our own PC Perspective front page. These crashes seem to happen once very fifteen or twenty minutes and seem to be related to the use of Flash. Using Firefox or Opera proved to be a decent go-around for this problem.

Another bug I encountered is a tendency for the keyboard to strobe when using the YouTube app if video thumbnails are loading in the background. It makes typing an annoyance, which means I usually had to wait until the YouTube app loaded all thumbnails before I could accurately use the search function. 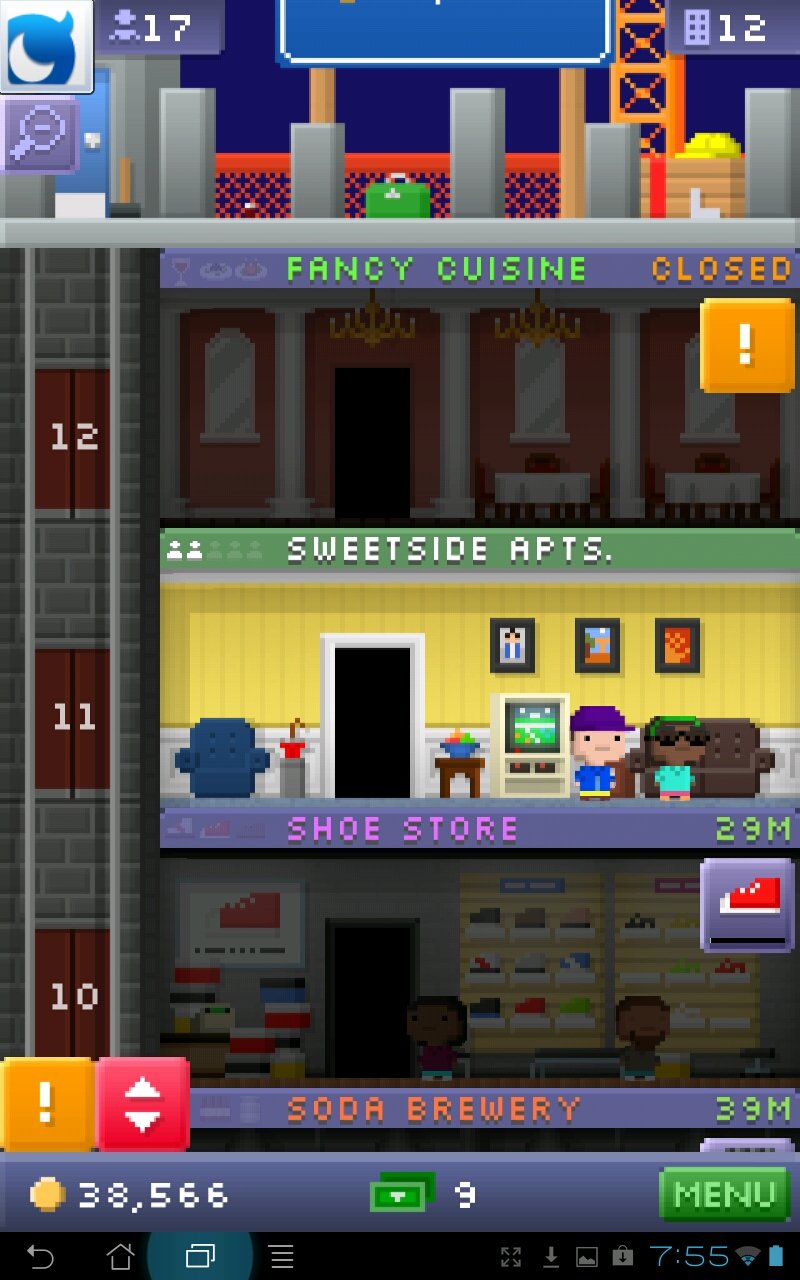 App support remains hit-or-miss as well. Almost all apps will run on the Prime, but many of them don’t make correct use of the tablet’s expanded resolution. Worse, Google lists apps that fail to properly use the tablet’s display resolution as “Staff Picks for Tablets” in the Android Market. A great example of this is Tiny Tower, a popular tower management game that uses an 8-bit art style. On my Thunderbolt the art style is excellent, but on the Prime it is blown up and stretched out, resulting in an unattractive mess of giant pixels.

Yes, it’s ultimately the developer’s responsibility to make sure their apps look good on Android tablets, but the fact that Google called Tiny Tower a “Staff Pick” is aggravating. I have to wonder if anyone even tested the app on a tablet before nominating it – or perhaps the slim selection of apps properly optimized for Android tablets simply gave Google no choice.

As mentioned, neither Google or Nvidia has presented any specific figures on how Ice Cream Sandwich might improve performance. There have been rumors flying, but most of them seem to be wild speculation about better multi-core efficiency and better responsiveness.

Fortunately we tested the Prime when it had Honeycomb installed, which means we have a number of benchmark results available for the tablet. In fact, before updating the Prime to ICS, I went back and re-tested the benchmarks using both the “Balanced” and “Performance” settings. 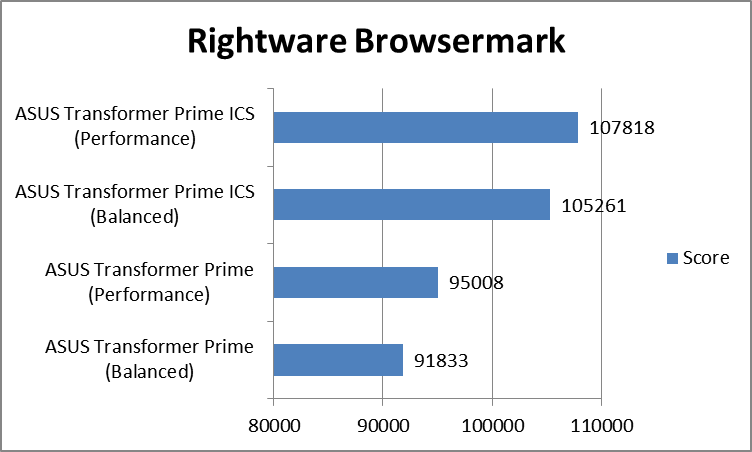 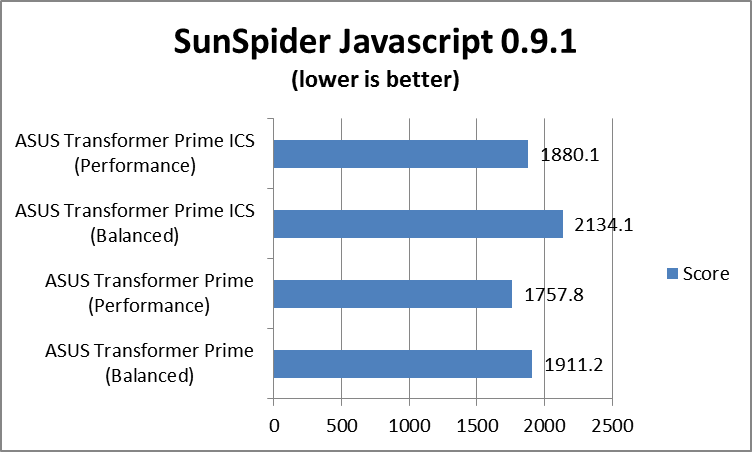 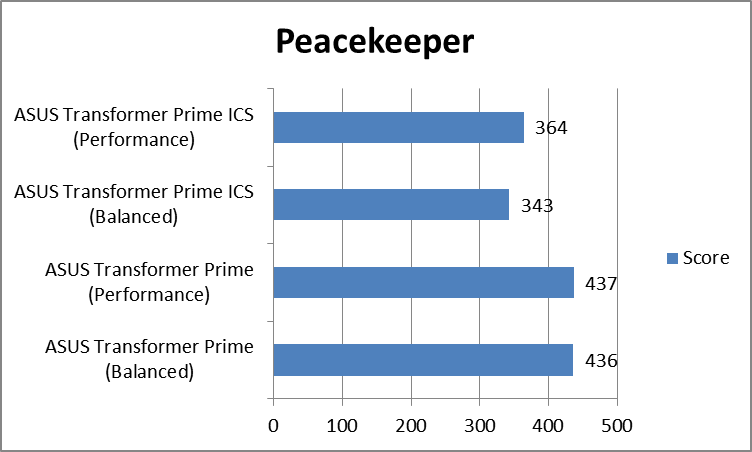 The results here are various. In Rightware Browsermark we see a notable and encouraging increase in performance. However, the Sunspider Javascript benchmark is slightly slower with ICS installed.

And then we have Peacekeeper, which scores much lower with the updated OS. I ran this benchmark a number of times and rebooted several times, making sure that no other apps were running in the background and potentially sapping resources. I could find no such interference.

Now let’s have a look at the general synthetic and graphics synthetic benchmarks. 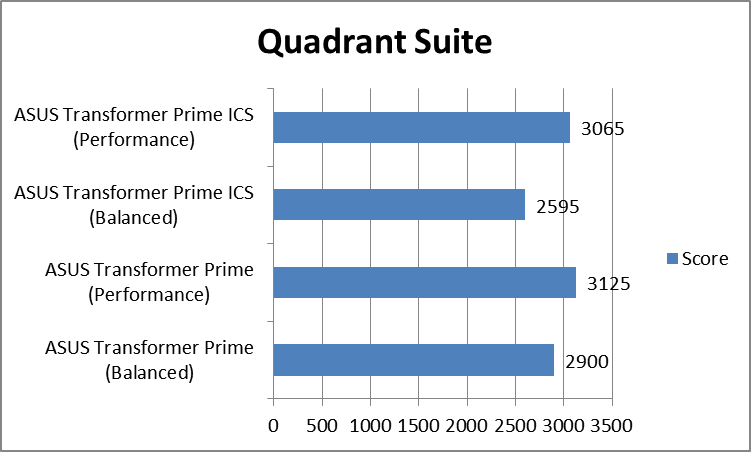 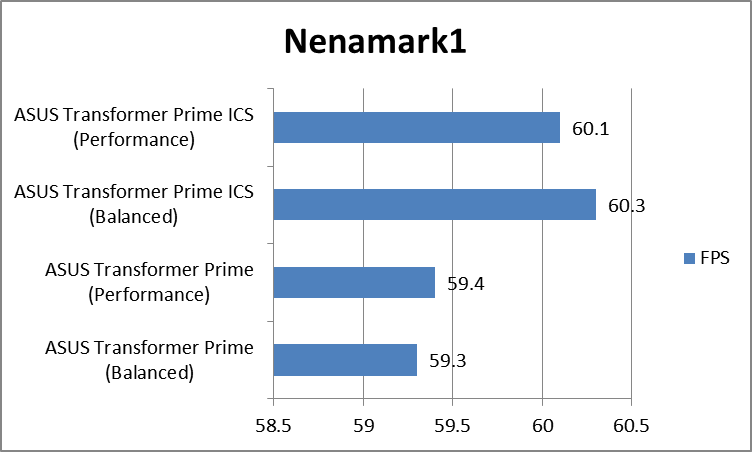 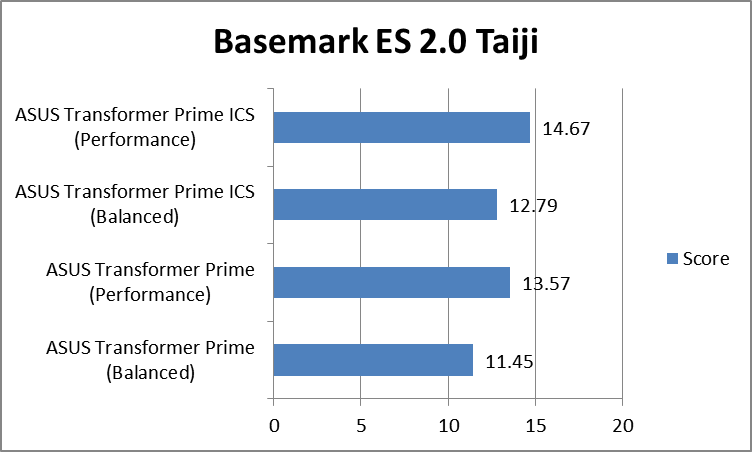 Quadrant again shows disappointing results, with both the “Balanced” and “Performance” settings reporting lower scores than they did with Honeycomb installed. The gap was particularly notable using the “Balanced” pre-set, and yes, I again re-tested the tablet multiple times to confirm these results.

The graphics benchmarks, on the other hand, are just a little bit better than before – though not by any significant margin.

Subjectively, I do think that touch input and scrolling, particularly on the desktop and on most web pages, feels smoother than it did before. It is possible that this could be an implementation of the new DirectTouch feature that Nvidia revealed at CES. Or it could be that there has been some software performance optimization made that doesn’t show up in benchmarks. Either way, the enhancement in subjective responsivness is appreciated. 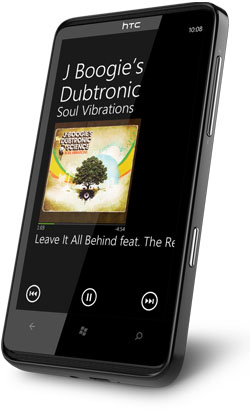 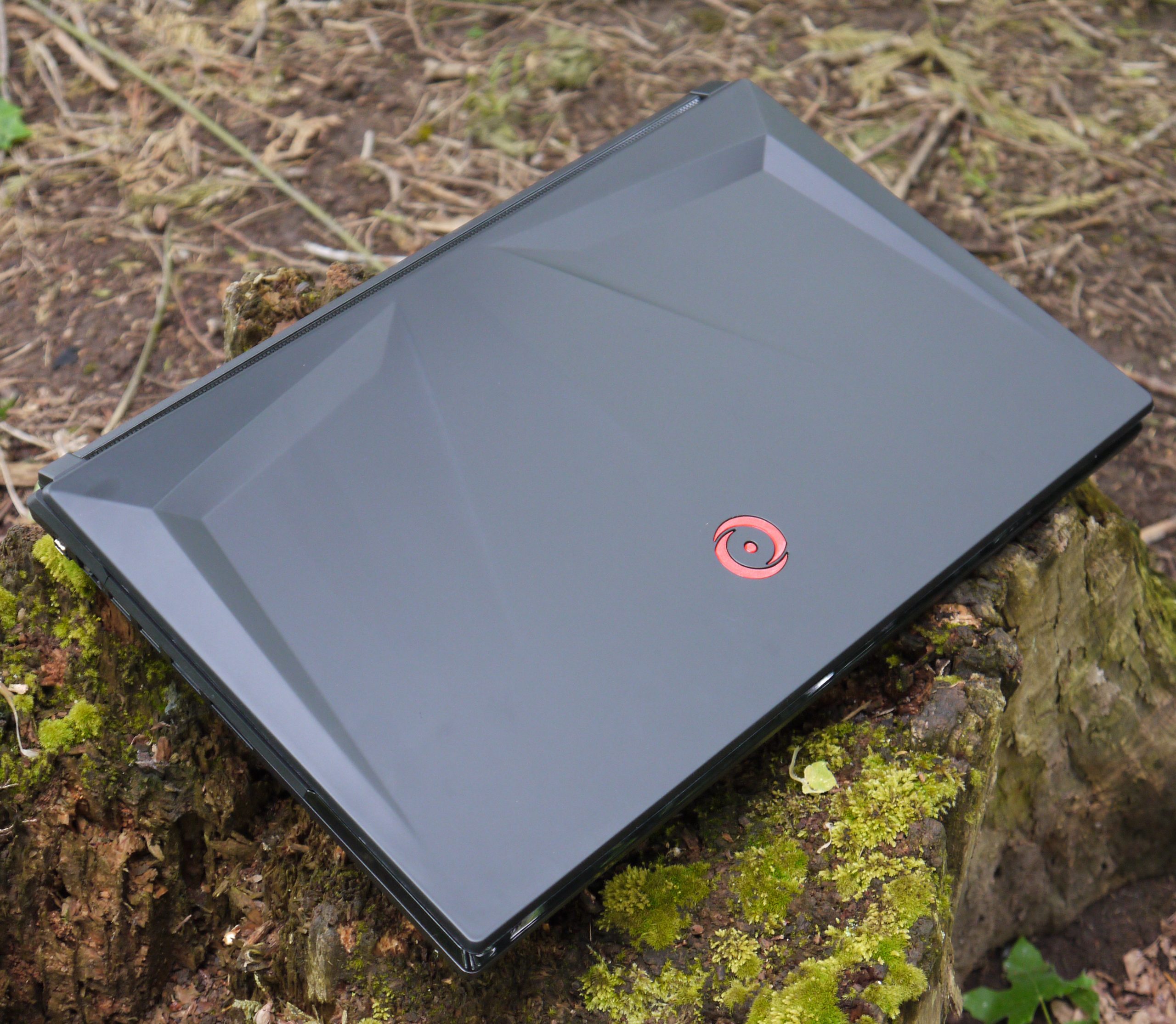 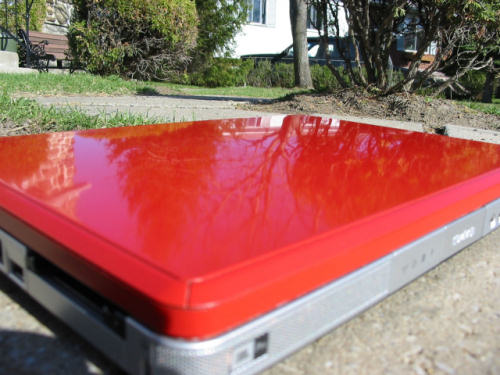