While roaming Vegas, we came across lots of storage goodies. Here are a few:

Toshiba was showing a 19nm flash memory wafer and all of their products containing them.

They seem to be taking their SATA SSD lines less seriously, as there were none on display. While there were no SSD’s to speak of, there were USB devices: 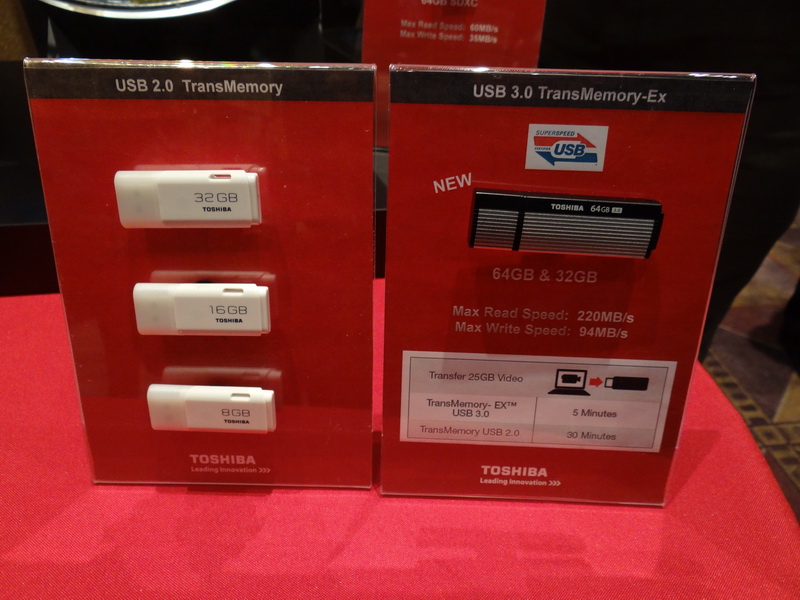 There was also plenty of SDHC, including their own SD WiFi card – used to upload photos as they are taken. 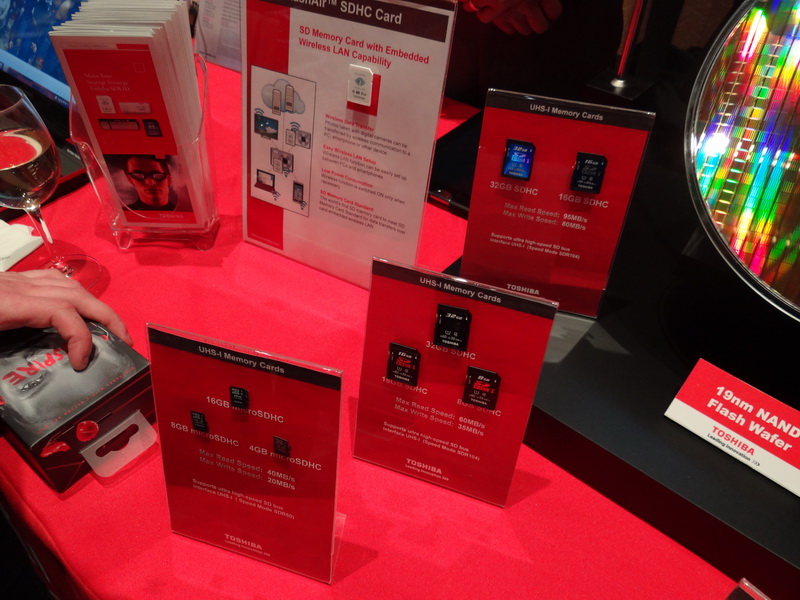 They were also showing an SDXC card. While the shown card was a functioning 64GB unit, the SDXC format is capable of taking to cards up to 1TB in capacity. 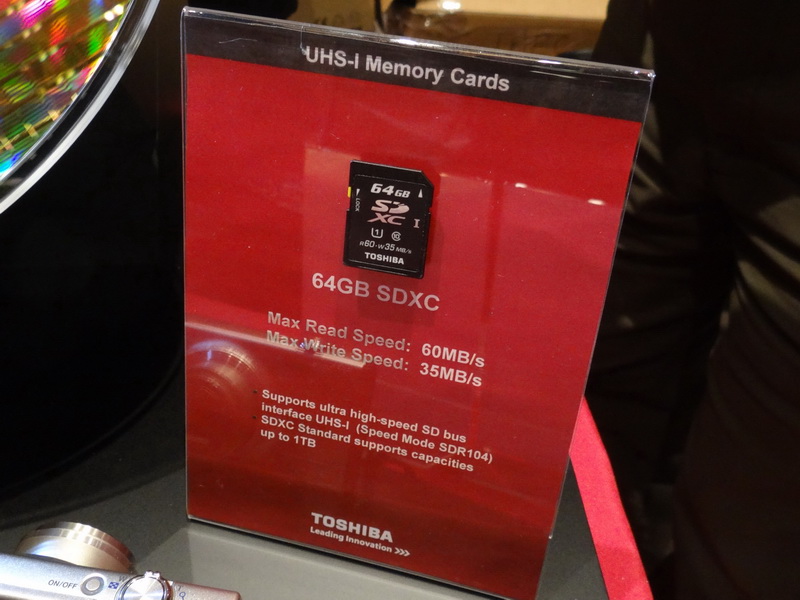 We saw some cool stuff over at the Kingston booth: 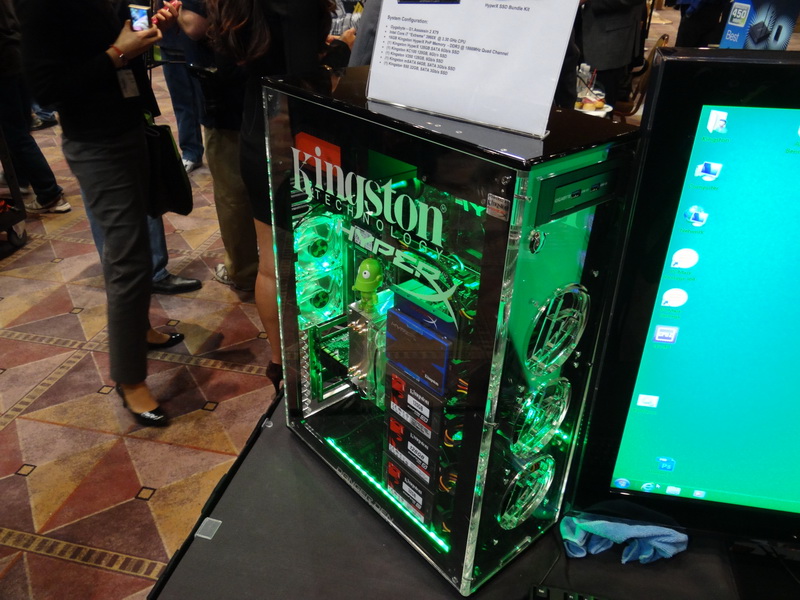 If you look inside that case, you’ll see they are now making an mSATA SSD: 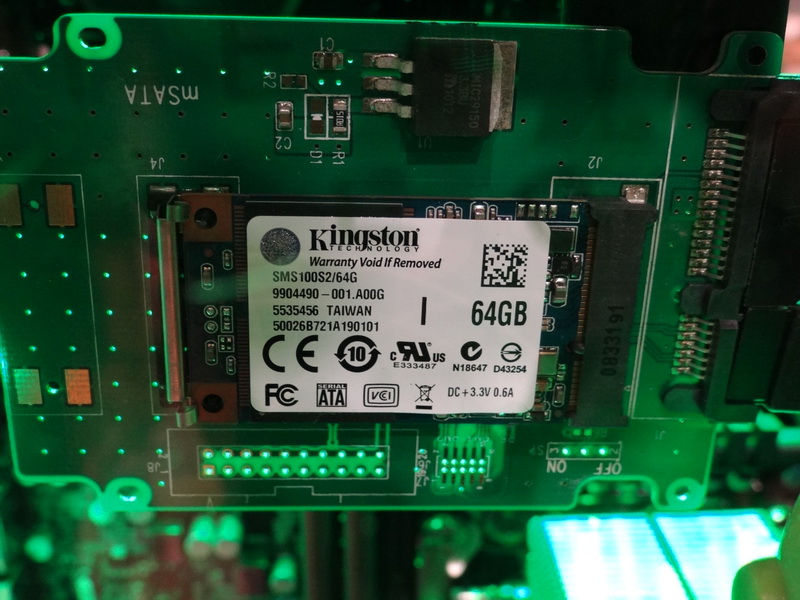 They also showed their ever expanding line of USB 2.0 and 3.0 devices: 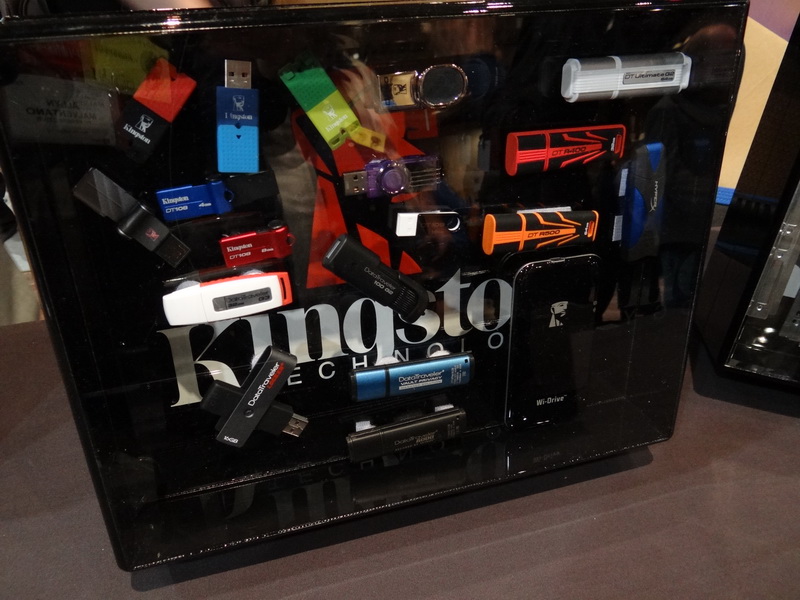 …and this really tiny model, which packs 8GB of storage into something barely big enough to unplug without the use of needle nose pliers: 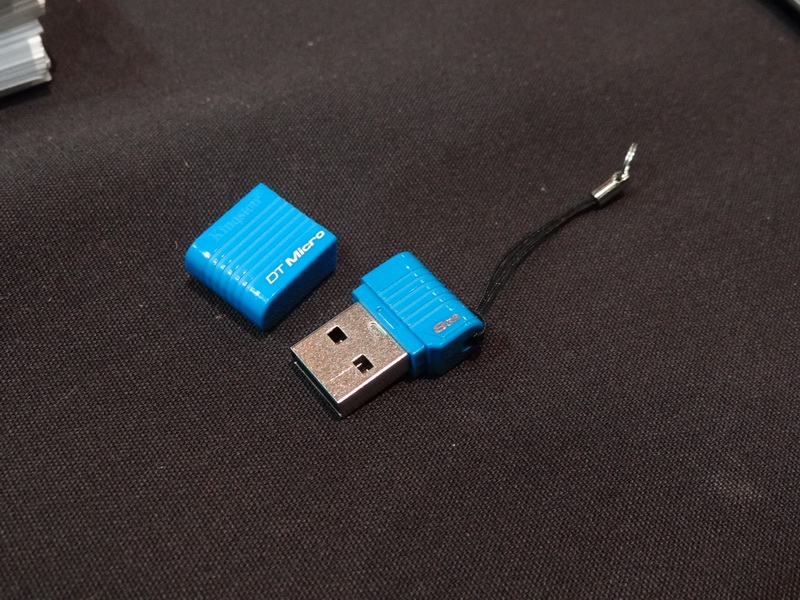